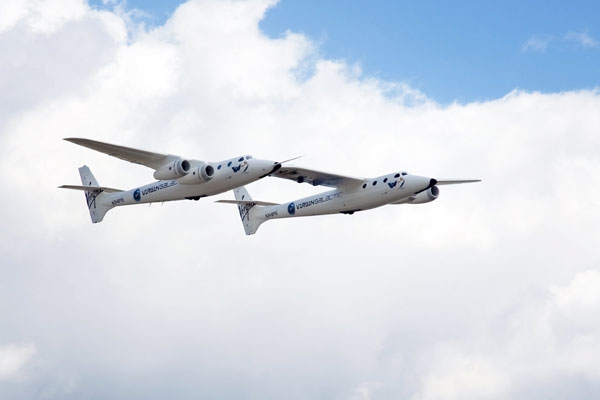 More than 100 staff and space vehicles are moving over the coming months from the test site in Mojave, California, to the new Spaceport America in Santa Fe.

In a statement, Virgin Galactic said the move “signals the final countdown to a regular commercial spaceflight service for paying passengers and science research from Spaceport America”.

“I could not be more excited to announce, that in return, we are now ready to bring New Mexico a world-first, world-class spaceline.”

George Whitesides, chief executive of Virgin Galactic and The Spaceship Company, added: “The first photograph of Earth from space was taken over New Mexico in October of 1946.

“How inspiring and appropriate that the state will soon host the first regular commercial spaceflight service, which will enable thousands of people to see Earth from space with their own eyes.”

More than 600 people from 50-plus countries have reserved places to fly on Virgin Galactic’s reusable space launch system.

It consists of carrier aircraft WhiteKnightTwo and spacecraft SpaceShipTwo, which were manufactured and tested in Mojave.

Back in 2008, Virgin Galactic first promised sub-orbital spaceflight trips for tourists “within 18 months”.

In 2009, Travel Weekly reported that Aspen Travel in Manchester became the first travel agency ever to offer £139,000 space trips through Virgin Galactic.

However, delays and a fatal crash in 2014 prevented Sir Richard’s original ambitions.