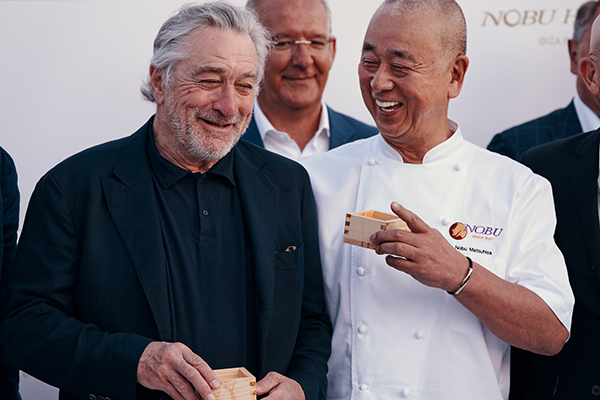 Robert de Niro has confirmed Nobu Hotels is “working on” a beach club concept for the Caribbean island of Barbuda.
The Oscar-winning actor, who owns the hotel group with chef Nobu Matsuhisa and film producer Meir Teper, said he was looking into incorporating an island property into the portfolio. Plans are also afoot for a ski hotel.

Speaking at a press conference for Nobu Hotels’ first Mexican property in Los Cabos, which opened earlier this year, de Niro said: “I’ve been working on [Barbuda] for a long time. It’s an island about 30 miles north west of Antigua. It’s a great island so I’m working on doing a simple Nobu beach club situation for people who like property islands - we’re trying to create something in a special way. It’s about 400 acres on the beach, a beautiful spot.”

Chief executive Trevor Horwell agreed that Barbuda was a “special destination”, adding: “Barbuda is something that we would like to do. I think it’s not about doing big hotels or small hotels, we want to do something special and Bob [de Niro] is very passionate about it.”

Horwell also confirmed Nobu Hotels was “in discussion” with developers about opening a ski resort.

The hotel group currently operates 10 hotels and is on track to have 20 properties by 2020, with Chicago, London Portman Square and Warsaw set to launch next year.

“You know him as an actor, but he is also a visionary and he’s the one that came up with the idea [of] ‘why don’t we do our own hotels?’ And that’s how it really started,” he said.

Asked what was the most important ingredient in the Nobu Hotels formula, de Niro said the standard of food set the brand apart.

“There are other hotels that open - big brand names that we all know - but I think the one advantage that we have is that we have Nobu’s great cooking, that is a real plus.

“Of course the service and all the other things are very, very important but the food is, to me, the most important.”

“That is my answer also!” Matsuhisa quipped.