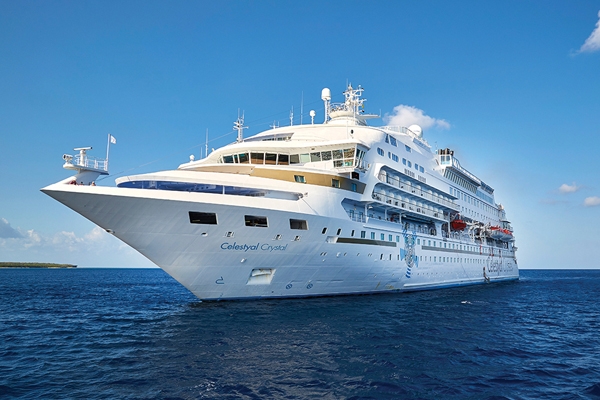 Celestyal Cruises said it is hoping to add new hardware to its fleet by 2021.

The two-ship Cypriot cruise line has welcomed 3,000 UK passengers this year and chief commercial officer Leslie Peden expects this to rise to 5,000 by the end of 2020. Previously, the line only had a handful of bookings from the UK.

Despite the growth in passenger numbers from different source markets, Peden said Celestyal would not rush into buying hardware.

“It depends on whenever the [selling] cruise line can release the ship,” he said. “It won’t be earlier than 2021.

“It needs to be a medium-sized ship that can get into ports of call other ships can’t get into.

“The majority of new-build ships are the mega ships, so we have to look at the ships out there that fit the bill.”

The line is looking for “at least one” ship, but the situation changes every day, Peden added.

A key feature of Celestyal’s new 2020-21 programme, which was released on Monday, is extended itineraries.

Peden said the need for more balcony staterooms has increased as the itineraries have got longer.

“Combination cruises, back-to-back, or 14-night sailings were included [in the programme] for the UK market,” he added. “We have had a three-fold approach to the strategy over the last year and a half to two years.

“The first piece was building controllable distribution globally, so that was working with trade partners.

“The bulk of our distribution up until that point was very tour operator driven. Now we have these longer seven-night itineraries, Celestyal has become a far more viable proposition for the retail travel agent to sell.

“Part of the second phase was opening up a UK office and we have replicated that in North America, Germany, Australia, and France.

“You have to have solid foundation from which to grow and that is the next stage of the strategy which we are currently in.”

This year, Celestyal has extended its season by eight weeks and in 2020 it will sail throughout the year.

Peden said rather than replace Magowan, country manager Jo Reid would take on some of his responsibilities and she will report into the chief commercial officer.

“The UK and Irish market is pivotal to our future growth,” he said.