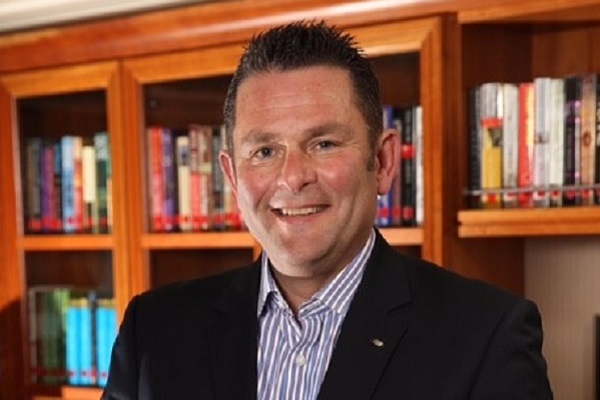 Magowan joined the two-ship Cypriot cruise line in September 2017 with a specific focus on driving sales in the UK market.

The specialist in Greek island and eastern Mediterranean cruises now has more than 50 travel agent and tour operator partners in the UK, up from “one or two” in September 2017.

Magowan said: “Celestyal is a great company to work for, and we’ve done great things with expanding trade distribution in the UK.

“The big focus has been setting up the sales infrastructure in the UK to work with key partners, and I’m very pleased to be leaving the distribution in good shape.”

Magowan, who is currently for new opportunities, has more than 25 years’ experience in cruise, including as vice president Europe Middle East and Africa at Seabourn, and senior sales and marketing roles at lines including NCL, Cunard, Swan Hellenic and SeaDream.

Before joining Celestyal, he had run his marketing, PR and management consultancy firm Andrew Magowan & Associates.

Celestyal’s chief commercial officer Leslie Peden said: “We would like to thank Andrew for the contribution he made during his tenure as vice president of commercial, Europe, and we wish him well in his future endeavours.”

Celestyal Cruises said it was taking the opportunity to evaluate the future European location and scope of the replacement role which will be announced in due course.