When George Washington begrudgingly bowed to peer pressure and became the first president of the United States, he was given the honour of choosing where this new nation’s capital would sit.

When George Washington begrudgingly bowed to peer pressure and became the first president of the United States, he was given the honour of choosing where this new nation’s capital would sit.

His choice was admittedly rather limited by post-civil war agreements dictating it be somewhere on the banks of the Potomac, ?but the swampy undeveloped area he picked was still considered rather an odd choice at the time. Now, as the 44th president sits in the oval office, one can¹t imagine a more fitting home city for the world’s most powerful man.

As a West Wing obsessive, seeing the White House is a decade-old desire, but is just one of an extraordinary list of monuments and buildings to be explored.

Americans don’t let the brevity of their history get in the way of celebrating every moment of it and this capital was designed to run the present flock while paying tribute to great forefathers.

Whether you’re on foot, on a Segway or on one of Washington DC’s version of the Boris Bike, signs abound directing you to extraordinary shrines to giants such as Jefferson, Lincoln and Luther King. 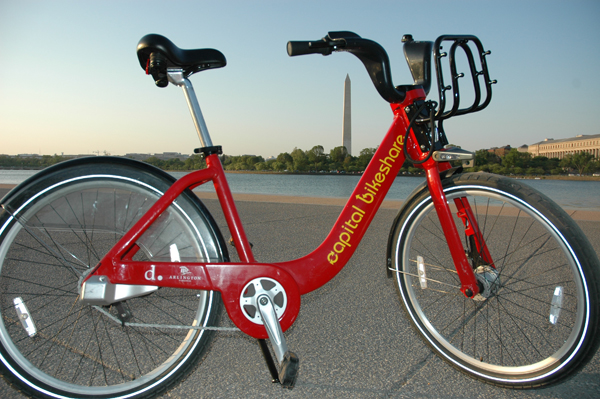 These memorials, along with the National Archives, Arlington National Cemetery, the Smithsonian Institution’s 19 museums and galleries, Theodore Roosevelt memorial and island, and many more are all within easy reach.

And all the while the Washington Monument, surrounded by stars-and-stripes flags, towers into every horizon thanks to the Height of Buildings Act 1899, which stunted the height of future developments.

For the hard of orienteering, it’s a masterstroke act and, coupled with the grid system, it’s almost impossible to get lost. But private guides, which can be organised direct or through operators – including BA Holidays, Virgin Holidays, Premier Travel, Bon Voyage, Hayes & Jarvis and Elegant Resorts – are key to a thorough understanding and enjoyment of the city’s key draw, it’s history.

Top of the must-see sights alongside the White House is the Capitol, America’s equivalent of the Houses of Parliament and the centre of power of the most super of superpowers.

The iconic walk up Capitol Hill, the crypt where the four quadrants of Washington DC meet, even the queue to get in all brim with the hair-standing power of the decisions that take place within the walls.

The Smithsonian, which is the world’s largest museum and research complex, is a week’s worth of sightseeing in itself but is handily split up into topics so that visitors can choose the parts of most personal interest.

I had time for two: the National Museum of American History and the Air and Space Museum. The former is a treasure chest of old cars, trains, movie memorabilia (including Dorothy’s ruby slippers) and patriotic displays, such as the original American flag, that had domestic tourists in tears of pride.

It also looks at key moments in the nation’s history such as the revolution, civil war and the struggle for African American rights.

My visit to the Air and Space Museum coincided with the last landing of the Discovery space shuttle. From my viewing spot I watched extraordinary scenes unfurl as major roads became enormous car parks of exultant skyward-looking faces, with children dressed in space suits sat atop parents’ shoulders. 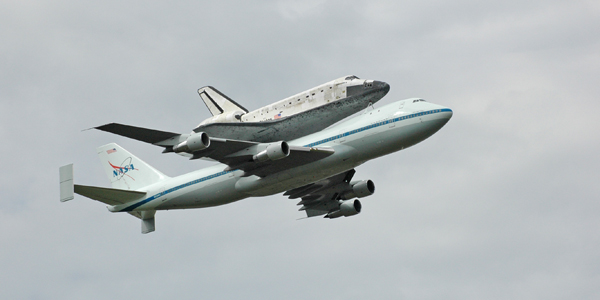 The space shuttle now resides in the museum, along with an enormous collection of planes and space trinkets (just the one eatery, though: ?a McDonald’s).

The celebratory mood was also evident at the annual Cherry Blossom parade – celebrating US relations with Japan – through the streets of DC two days earlier.

It’s impossible to guarantee your client’s visit will coincide with such events but don’t worry too much as this city seems to be in a permanent state of celebration – George would have been proud.

Ordinarily, I am anti-shopping. I don’t like to spend an afternoon in London doing it, never mind travelling across the Atlantic.

But, I’m in the minority. Shopping is, according to many polls, the number one reason for many travellers visiting the US. And on a visit to Washington DC a Premium Outlet – one of 60 across the country – sits handily near Dulles airport, so popping in is easily done.

Don’t pop in, though. Give yourself time to soak in prices that look like the work of an angry shop assistant on a pre‑resignation rampage. Not being a chauvinist pig I am loth to report this, but I witnessed gangs of women making what can only be described as battle plans in the restaurants before hitting the high-end shops with military efficiency.

And it wasn’t long before I entered a mild frenzy of my own as the ridiculous prices conspired to fill arms that had no intention of purchasing. I’m told some in-the-know Brits fly over with the clothes on their backs and empty suitcases.

Premium Outlets has its sights set on tourists and, naturally, that means travel agents. A dedicated trade website includes an incentive programme as well as details on how to book commissionable accommodation packages and transportation, where applicable.

In Washington DC, where most tourists will hire a car, it’s the perfect last-morning addition to a superb city break.

For some examples of Premium Outlets deals, see our new fashion feature, page 54

AKA White House: The rooms are more like luxury apartments with full kitchens enabling guests to cook should they wish. stayaka.com

The Fairmont: Located in the west end, close to Georgetown, the highlight is the exclusive Fairmont Gold Floor – an oasis within the hotel. Fairmont.com

Four Seasons: The most likely spot for celeb guests and home to a 2,000-piece art collection and a stunning winter garden lobby. Fourseasons.com

The St Regis: Unveiled a lavish makeover to public spaces, rooms and dining areas in 2008 and added 15 suites and a butler on‑call service. Stregis.com

The Hay Adams: Used by the Obamas before they moved into the White House. hayadams.com

W Hotel: The newest high-end hotel in the city opened two years ago and has a bar that overlooks the White House. starwoodhotels.com/whotels

Getting thereUnited Airlines has just upgraded its premium cabins and rebranded to United Global First for first class and United Business First for business class. It flies four times a day from Heathrow to Washington Dulles.united.com

Book visits to attractions such as the White Housewashington.org/visiting/browse-dc/attractions

Sway on a Segway tourcitysegwaytours.com

See the Washington of Dan Brown’s The Lost Symbolwashington.org/visiting/experience-dc/the-lost-symbol