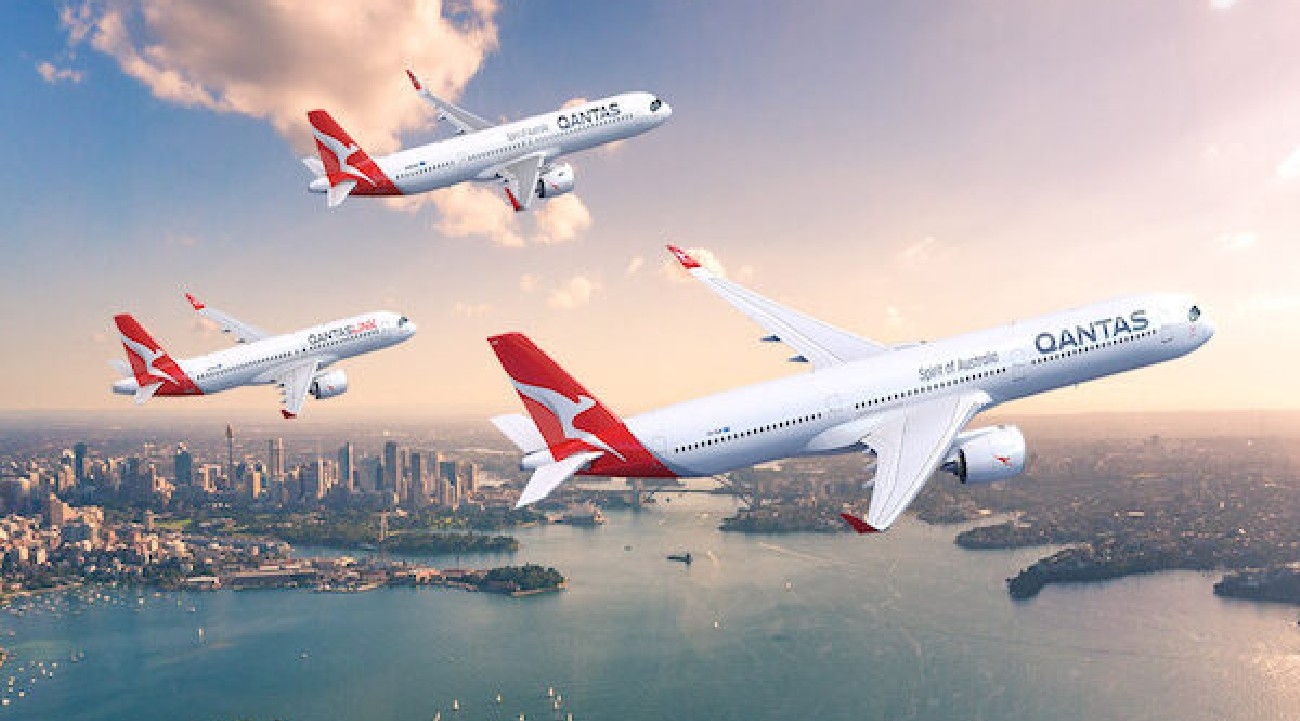 Qantas is to start non-stop services from Sydney to London and New York by the end of 2025.

The airline has ordered 12 Airbus A350-1000s capable of operating ultra long-haul routes up to 20 hours in duration.

The new ‘Project Sunrise’ services will feature “market-leading passenger comfort” in each travel class with flights due to start by the end of calendar 2025 from Sydney.

The plan has been worked on for about five years but implementation was delayed by the pandemic.

Qantas started running direct 17-hour direct flights between London and Perth in Western Australia in 2018, and conducted a series of test flights from the east coast to the UK and New York the following year.

Passengers on the new direct routes will be able to access a ‘wellbeing zone’ in the centre of the aircraft – with a self-service snack bar and space for stretching and movement – to combat the effects of spending 20 hours in the air.

Qantas’ next-generation distribution platform has also been made available for international travel agents from today (Tuesday).

The Qantas Distribution Platform – built using Iata’s New Distribution Capability (NDC) standards – will be available in the UK, US and South Africa and progressively rolled out to other markets in the coming months.

Qantas Group chief executive Alan Joyce said: “The A350 and Project Sunrise will make any city just one flight away from Australia. It’s the last frontier and the final fix for the tyranny of distance.

“As you’d expect, the cabin is being specially designed for maximum comfort in all classes for long-haul flying.

“We have come through the other side of the pandemic a structurally different company.

“Our domestic market share is higher and the demand for direct international flights is even stronger than it was before Covid.

“The business case for Project Sunrise has an internal rate of return in the mid-teens.”

The airline has also committed to a domestic fleet renewal with firm orders for 20 Airbus A321XLRs and 20 A220-300s as its Boeing 737s and 717s are gradually retired.

“The board’s decision to approve what is the largest aircraft order in Australian aviation is a clear vote of confidence in the future of the Qantas Group,” Joyce added.

“The phasing of this order means it can be funded within our debt range and through earnings, while still leaving room for shareholder returns in line with our financial framework.”