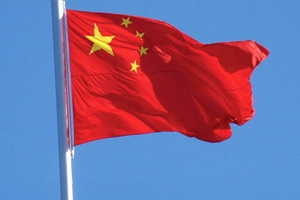 China became the largest spender in international tourism globally in 2012, surpassing Germany and the US.

Expenditure on travel abroad from China reached a record $102 billion, up 40% on the 2011 figure of $73 billion and ahead of Germany and the US on about $84 billion each, according to the United Nations World Tourism Organisation (UNWTO).

China ranked seventh in international tourism expenditure in 2005 and has since successively overtaken Italy, Japan, France and the UK.

The number of international trips by Chinese travellers has grown from 10 million in 2000 to 83 million in 2012.

Rapid urbanisation, rising disposable incomes and relaxation of restrictions on foreign travel were cited as reasons for the surge in Chinese travellers abroad

Spending on travel abroad from Germany and the US grew by 6% each last year.

Spending from the UK at $52 billion grew by 4% and the country retained fourth place in the list of major source markets.

Expenditure by Canada was up by 7%, while both Australia and Japan grew by 3%.

Among the world’s top ten source markets by expenditure, the Russian Federation saw an increase of 32% in 2012, to $43 billion, bringing it from seventh to fifth place in the ranking of international tourism spending.

France (-6%) and Italy (-1%) were the only markets in the top ten to record a decline in international tourism spending, the WTO said.

“The impressive growth of tourism expenditure from China and Russia reflects the entry into the tourism market of a growing middle class from these countries, which will surely continue to change the map of wor