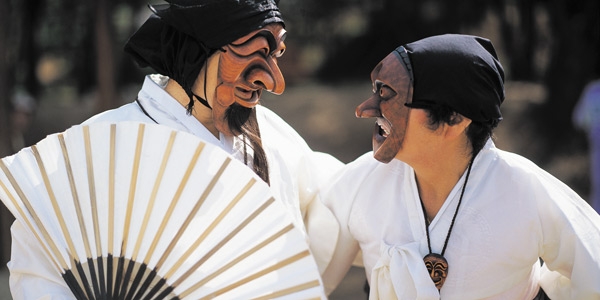 If you want a thumbnail portrait of South Korea, stand by the old eastern city gate, or Dongdaemun and look across to Seoul’s fashion district. It's a view that perfectly captures this country's seamless blend of the ancient and the modern.

Despite the current economic climate, inbound tourism from the UK is bucking the general trend. Ramy Salameh, public relations manager at the Korea?Tourism Organisation, says the number of UK visitors for August 2011 was up 7% year-on-year. So who does it suit?

Well, according to Pru Goudie, head of business development at On the Go Tours, in many ways the country is suited to the experienced Asia traveller. “South Korea also works for empty-nesters with a generous travel budget,” she says.

As TransIndus product manager Shivjit Bagga explains, it’s also a good place to pitch to clients who are keen to avoid the crowds. “It’s less overrun with tourists than other spots in Asia, and it suits anyone who wants to see a bit more than the usual tourist trails in the region,” he says.

It helps that the country has an impressive portfolio of sights, including shrines, palaces and natural wonders – 10 are on the Unesco World Heritage list, such as the royal tombs at Gyeongju and the volcanic island of Jeju. There are also stunning Buddhist temple complexes to explore, some of which are right in the middle of the capital, Seoul. Then there’s the breathtaking scenery – don’t forget that 70% of the country is mountainous.

Goudie points out, South Korea is also compact and easy to get around, with English signage and reliable transport networks, including high-speed rail links, inter-city bus services and domestic airports throughout the country. The very helpful local tourism offices also operate a 24-hour phone assistance line for visitors.

Plus, International Rail has also teamed up with the national rail operator, Korail, enabling them to sell the KR Rail Pass, as well as point-to-point services. This allows the travel trade to include rail rickets within their packages or as an add-on. South Korea is also fast emerging as a cruise destination.

And don’t forget the shopping. It is particularly good for electronics, not least because Samsung and LG are local brands. Plus, it’s cheaper than Japan as the won, South Korea’s currency, has faired better than the yen.

South Korea can be easily reached by ferry and plane from Japan and China. Carl Meadows, Regent Holidays tour manager, says: “It works well as a twin-centre or
a multi-country holiday with other Asian countries and even those
en route down under, using Seoul as a stopover.”

Currently, Korean Air has promotional fares in the market to Australia, New Zealand, Fiji, Hawaii and Guam. These fares allow a free stopover in Seoul. Australasia and Southeast Asia are the most popular final destinations for stopover leisure travellers.

James Sanderson, marketing manager at Korean Air, says: “We’ve been doing very well and have met and exceeded all our targets so far this year on ex-UK routes. We also have our award- winning economy class, which has a seat pitch of 34 inches, one of the most comfortable in the industry.”

The SkyTeam Alliance of airlines now operates a daily Boeing 747-400 service from Heathrow to Seoul Incheon. Remarkably, it operates a unique coat-keeping facility at this airport during the winter months. Travellers flying through Incheon to warmer climes can leave their coats free for the first five days, with a minimal charge for each extra day. They simply pick them up on their return.

The Korea Tourism Organisation (KTO) is also backing promotions in the UK. Its Visit Korea Year campaign lasts until 2012, with a plethora of special events and festivals marking this period.

Most take place in spring, such as the cherry blossom festival in Gyeongnam, and autumn, including the Andong International Maskdance festival and the Incheon Sorae Harbour Festival. There’s also fireworks in Busan and the Jarasum Jazz Festival to peg holiday sales to.

At the same time, the KTO is targeting the UK market with its key theme, ‘recharge your energy’. This is based around the country’s natural health and well-being resources, from its hot springs and saunas to trekking in its 20 national parks.

“Traditional house or ‘hanok’ stays, as well as temple stays, are also part of Korea’s unique selling point and help travellers relax and recharge through the
local culture and environment,” says Salameh.

“And with the IAAF World Athletics Championships, F1 racing in October, the 2012 World Expo at Yeosu, and the 2018 Winter Olympics in Pyeongchang, we are also now promoting South Korea as a premier sports tourism destination.”

Q: What was your first impression?

A: I was stunned by Korean food, which is quite different to anywhere else in Asia. It’s a fantastic, if sometimes challenging, culinary experience and that was a highlight of my trip.

Q: Any tips on getting to know Korean people?

A: One insider’s tip is to visit one of the large city centre markets at lunchtime, where you can join the locals who you will find sitting at trestle tables being served huge plates of steaming seaweed soup and ginseng chicken.??

Q: What about North Korea?

A: The only barriers to selling are political uncertainties on the peninsula, but even this can be turned into an excursion with a trip to the fascinating border area – the demilitarised zone, just north of Seoul. From here you can look over into North Korea.

Four nights with Funway Holidays at the three-star Hamilton Hotel in Seoul, including flights with Cathay Pacific, will cost your clients from £775, based on two sharing. funway4agents.co.uk, 0844 557 3131

Regent Holidays offers an eight-day tour from £1,290 in four to five- star hotels in Seoul, Daegu, Gyeongju and Busan, as well as a sightseeing programme and transport. International flights are not included. regent-holidays.co.uk, 0845 277 3317

TransIndus has a 12-day tour priced from £3,298. This includes flights, accommodation, including two nights at Mount Seorak National Park, as well as travel and private transfers. transindus.com, 020 8566