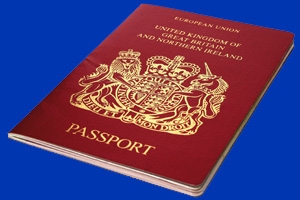 Passport Office chief executive Paul Pugh apologised to MPs for any "distress" caused by a large backlog in applications.

Pugh said he had considered standing down over the crisis, but said: "It is my job to lead the agency and that is what I intend to do."

He admitted the agency had not done enough to cater for a surge in demand for passports.

The PCS union has not ruled out strike action over the issue, the BBC reported.

Pugh estimated last year that applications would surge by as much as 350,000 this summer because of overseas embassies shutting their passport desks and transferring operations to Britain.

Pressed on why there had still been delays in processing passports, he told the Commons home affairs committee the actual surge had turned out to be between 390,000 and 400,000, although that was "over the whole 12 month period".

He insisted adequate preparations had been made for the closure of the overseas centres and other factors may have caught the Passport Office out, such as a "significant shift in the seasonality of customers' behaviour".

He said he had ordered an independent review into the agency's forecasting system.

He confirmed figures provided earlier to the committee by Mike Jones, Home Office group secretary at the Public and Commercial Services Union, that around 480,000 passport applications were logged as work in progress at the agency - nearly double the number at the same time last year.

Jones earlier revealed that this figure has surged from around 290,000 work-in-progress applications in March this year

Pugh denied union claims that the closure of 22 passport centres and the loss of 550 jobs - as well as the closure of the overseas units - had caused the crisis.

Jones said Passport Office managers had decided to "use massive amounts of overtime", rather than extra staff, to deal with the extra workload, which had "burned the staff out".

Pugh was ordered by chairman Keith Vaz to appear before the committee again in a month's time, by which time the ‘work-in-progress’ figures must have been reduced to the public's