Opinion: Travel's role in making sure Attenborough's Africa doesn't only exist on TV 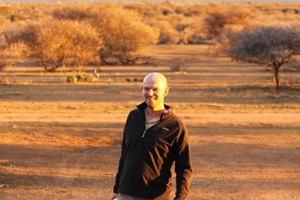 By Jeremy Smith, writer and conservationist

My favourite scene in the first episode of David Attenborough's Africa was the remarkable night photography of rhinoceroses socialising around a watering hole.

This was something no one had ever seen before.

But the really telling line came in the making-of segment at the end when the cameraman said that due to poaching: “It's a huge concern that what we saw in the film won't happen again... ever.”

He also said that on average a rhino is being killed in Southern Africa every day.?

Yet already that figure is out of date, with 668?killed in South Africa alone last year. Carry on growing at this rate, many experts say, and the black rhino could be heading towards extinction in South Africa from 2016.

These statistics would be terrible enough were it just rhino, or just South Africa.? However, a conservative estimate for 2011 reckoned more than 25,000 elephants were killed for their tusks that year.

And Lionaid reported last week that the numbers of lions on the continent has fallen from 200,000 fifty years ago down to around 15,000 today. In Western Africa the situation is almost hopeless with Nigeria estimated to have no more than 34 lions left.

According to LionAid's chief executive Dr Pieter Kat: "Unless those tourism dollars flow, then there is absolutely no reason for people in western Africa to maintain their wildlife populations”.

In other words, tourism has a significant role to play; not that you'd know this when you open most travel brochures, or browse many websites selling trips to see some of these creatures on safari.

There may be lots of photos of animals looking majestic in their natural habitat but there is unlikely to be much?- if any?- reference to how desperate their chances of being there much longer has become.

Of course, we need to promote our holidays to bring tourists to these places: their presence can deter poachers and the money they spend encourages locals to look after the animals.

But, with the situation getting so serious, maybe the time has come for us to ask if we should do more.

Last week, I wrote an article on my website asking this question, and judging by the comments from industry, conservation agencies, and the public, the answer is yes.

One fact, supplied in a comment by the Kenyan Wildlife Service, has stuck in my mind.?

Kenya's tourism industry earned around Ksh100 billion (around £720 million) in 2011. Out of this, Kenya Wildlife Service which is in charge of the management of all the country's parks and reserves, got just Ksh3 billion (around £21 million). It's not enough.

So what can we in the UK travel industry do to help change the status quo?

1?- Work with the good guys

Many lodges and conservancies are doing a great job. For example Lion Sands, which adjoins South Africa’s Kruger Park, has committed to donating a portion of its annual tourism income to the Stop Rhino Poaching campaign.

At 114,665 ZAR, their first annual donation was the largest ever by a single lodge. Ol Pejeta, a Kenyan conservancy that's home to East Africa’s largest Black Rhino sanctuary, makes its commitments clear across its website, and doesn't shy away from stating how serious the problems are. So too Great Plains.

At the national scale, it is notable that Namibia, where community involvement is central to how tourism is run, has so far seen only one rhino poached.

In general, look for operations that a) work closely on projects in their local communities, b) commit to employing as many of them as possible, and c) pledge publicly to donating meaningful amounts of funds to anti-poaching measures.

Almost as importantly, make it clear to those that aren't making the grade what it would take for you to bring your business back.

Maybe they could ensure that brochures for relevant wildlife-protection organisations are inserted in the information folder of every guest, or brief their ranger-guides to tell a fuller story about the risk these animals face.

And encouraging them to donate a bit more to local anti-poaching operations shouldn't be so hard if they've got an empty lodge.

Use pictures of these animals to inspire people to book holidays. While?you have their attention, use the opportunity to communicate a little about the issues and possible solutions, before it's too late.

After all, most people who come to your websites won’t go on and book holidays – but couldn’t you share a link or two on your homepages to help some of them see what they can do to help these animals?

Fair Trade went from niche to the supermarket when it became a high profile brand. The Carbon Neutral logo is beginning to help climate conscious shoppers. And it's ever easier to ensure what you buy is free from animal testing.

I believe we now need a brand initiative to show that those profiting from a species' existence are also doing something to ensure its preservation. Companies could display a? 'Fair Game' logo on their websites and brochures, which tourists could look out for.

And as with Fair Trade, where companies can only use the logo if they adhere to a set of principles, and pay a social premium to their labour force, so such a brand would confirm that you meet certain standards, and contribute a percentage of profits earned from these animals towards their wellbeing.

Correctly and transparently administered it would bring much needed funds to those working at the frontline.

The final episode of Attenborough's series is called The Future of Africa. If we want it to be one where we get to sell holidays to see rhinos, lions and elephants, we have t