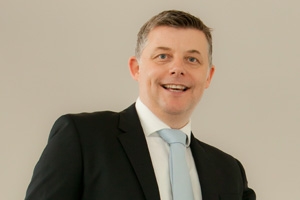 To raise awareness of the brand, Richard Twynam said he was looking to work with non-cruise partners to increase the line’s profile in the UK.

Although he said he was interested in new “brand partnerships” and that he was already in talks with “two or three tour operators”, he wouldn’t be drawn on who he was keen to work with.

The new UK boss was brought in to head up the line’s first dedicated team, after a decision to operate Azamara and sister brands Royal Caribbean and Celebrity Cruises as three individual entities.

Twynam said that agents would remain “massively important to Azamara” with his new 10-strong team in place, and believes his knowledge of other parts of the industry will work to his benefit because he understands the bugbears of agents and the struggles they have.

“The trade remains massively important to Azamara and I have no plans to change that for the worse – only for the better,” he said.

“We are finalising our plans for the year but we will definitely have trade events in August when Azamara Journey will be in the UK.”

Larry Pimentel, chairman and president of the line, previously told Travel Weekly that Twynam was brought in for his knowledge of luxury tour operators.

The new managing director has previous experience in the tour operating world, having worked as a consultant for Kuoni. Prior to that he held senior roles at Virgin Cruises, Tui and Air New Zealand.

When asked about the plan for targeting this area, Twynam said: “There are luxury operators such as Kuoni who are just getting into cruises and they will have a database of people who would be very interested in our destination-focused itineraries.”

Like Pimentel, Twynam is excited about the prospect of expanding Azamara’s two ships into a larger fleet.

“I concur with Larry when he said he didn’t join the company to head up two ships,” he added. “When Larry brought me in he gave me a simple objective and that was to meet my numbers. Then he can go back to the board in Miami and those figures help justify expansion.”

The cruise line is expecting to hit 10,000 passengers from the UK market this year, but Twynam thinks that can be driven even further.

“I’m really excited about the times ahead of us,” he said. “Our team is really passionate, I walked in on the first day and there were four of us, within a couple of days we had grown to eight and when we are finished recruiting we will be a team of 10 dedicated to the brand.

“It’s very rare to get an opportunity to work with such a great brand and it’s a great time for the brand because it’s potential for growth is getting stronger and stronger.

Twynam has been the role for a month, having started on January 2nd., but his start wasn’t as straight forward as expected, with the birth of his first son, Oliver, on January 10.

“It’s definitely been a busy month,” he