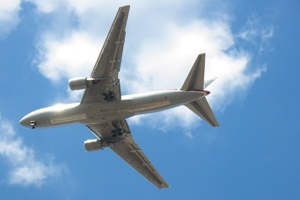 Executives working in London paid more than £125 million in Air Passenger Duty last year, according to new estimates. More than £58 million was levied on London travellers flying abroad on business, according to the Fair Tax on Flying alliance.

Meanwhile, foreign executives leaving the capital after working there paid the Treasury over £73 million. There were almost 3 million flights leaving London’s airports last year classed as ‘business’ flights, according to the Abta-backed lobby group.

The figures emerged ahead of Chancellor George Osborne’s expected move to announce a double inflation rise in APD in his autumn statement next month, adding about 10% to the tax.

Treasury data shows that APD revenues are expected to leap from £2.15 billion a year in the 2010/11 financial year to £3.6 billion in the five years to April 2016.? Additional taxation in the form of aviation revenues from the EU Emissions Trading Scheme is expected to reach £2.2 billion a year.

Collectively, that will mean £5.8 billion in aviation taxes, according to Fair Tax on Flying. British Air Transport Association chief executive Simon Buck said: “It beggars belief that the Government can hit business in London with a tax of this magnitude.

"Businesses here in the capital are being dragged down by this stealth tax on wealth generators, whilst our European rivals, in most cases, impose little or no equivalent tax on flying.”

Abta chief executive Mark Tanzer said: “If the Government is serious about encouraging job creation and growth then it must remove or reduce obvious barriers to growth here in London, such as APD.

“Simply put, APD makes us uncompetitive with other capitals in Europe and is a tax on jobs that rely on flying for their business.”

Board of Airline Representatives in the UK?chief executive?Mike Carrivick added: “This horrendous amount of tax on business travellers shows that all sectors of the economy are being dragged down by APD.

“It is undoubtedly passed on to consumers and directly affects international trade at the very time we are trying to stimulate economic growth. It's time to reduce APD, not increase it further.”

International Airline Group chief executive Willie Walsh told last week’s Travel Convention in Palma that the coalition government “must get weaned off the revenue raised by the ‘Flying Poll Tax’,” adding that “the tax should be