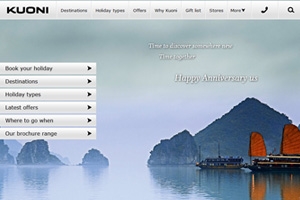 Kuoni is to sell its loss-making French tour operation in a management buyout as it continues to restructure its business.

All five of the company's tour operating brands in France will be sold and all employees taken on by the new owners.

The group also revealed a restructure and changes to the management board, with the departure of chief executive for Scandinavia?Leif Vase Larsen.

Kuoni said the sale of the French division "completed the streamlining of the portfolio".

It said: "France and the French economy are facing increasingly difficult circumstances creating negative market conditions for all tour operations.

"Kuoni France generated turnover of CHF 175 million in 2012, while earnings (EBIT) were negative at CHF -3.1 million. In Kuoni Group’s view these results are expected not to show recovery in the current setup in the near future."

The Global Travel Services division in France with its brands Kuoni Group Travel Experts, GTA, Kuoni Destination Management and Travelcube do not form part of the sale and remain in the Kuoni Group.

"It leaves Kuoni with profitable and successful European tour operating businesses in outbound Nordic (Scandinavia and Finland), Switzerland, the UK, and its specialist brands in Benelux.”

Kuoni has already offloaded its tour operating business in Belgium and the hotel platform Octopustravel.

The group has also revealed some changes to its structure and to the executive board.

Leif Vase Larsen will leave the board due to a serious illness in his immediate family. He has since been on sabbatical leave for six months.

Zubin Karkaria, chief executive of VFS Global, will join the board responsible for VFS Global as a new division.

From today, the departments will be split into: