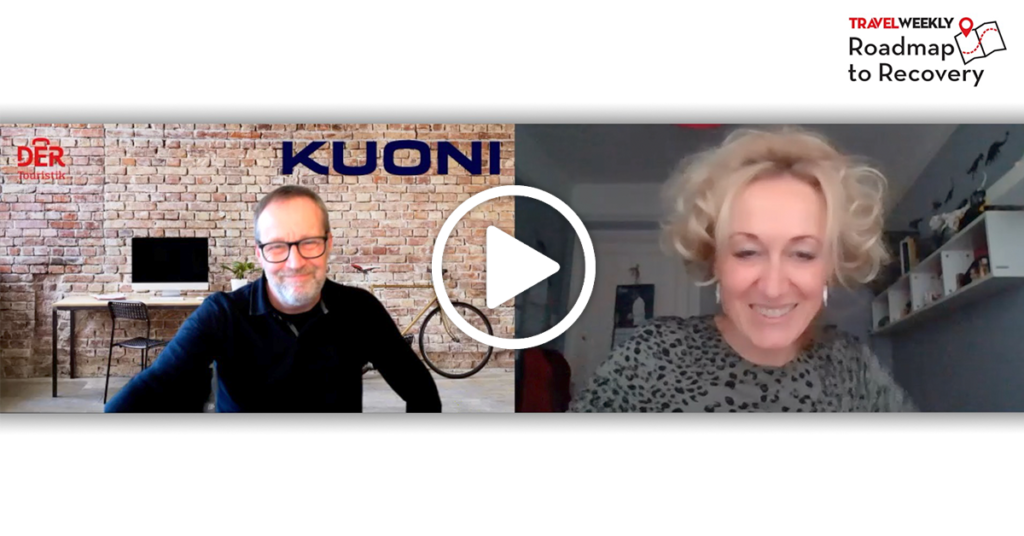 Kuoni’s managing director says he is feeling “very optimistic” about the future, despite the ongoing conflict in Ukraine.

Derek Jones said the company is in a “much more positive position than we’ve been for a very long time” after a surge in bookings for travel in the short and long-term in the wake of the Omicron variant.

Speaking on a Travel Weekly webcast, Jones applauded the UK government for lifting travel restrictions swiftly after it emerged the latest variant was not as serious as first thought, which he said has boosted confidence among customers.

“Everything locked down quite quickly [in December] and we found ourselves almost back to where we’d been two years ago,” said Jones, chief executive of Kuoni parent Der Touristik.

“But to the government’s credit, as soon as the data began to emerge that it was less dangerous, they did lift the restrictions very quickly and they went a long way very fast to restore confidence in the market.

“And we’ve seen that, once they do that, people are very happy to book. We had that immediate surge of people that had been desperate to get away and wanted to travel, but now we’re seeing the further-out bookers too.

“Confidence is back in the marketplace now, and I think it’s that long-term confidence that really matters. Overall, I’m feeling very optimistic.”

Jones added that Kuoni took a “gamble” by deciding to go ahead with its major marketing campaign in December, despite the arrival of the Omicron variant, which ultimately paid off.

“We decided that, even in the worst-case scenario, we’d still build our brand and look like a confident tour operator, even if Omicron lasted all the way through,” he said.

“And it turned out to be a great call because we went with the big campaign and we saw the first restrictions lift almost overnight by January 6, and we very quickly went back to about 70-80% of what would have been a normal year back in 2018 or 2019.

“We got back to full speed quite quickly and we’ve stayed there.”

Jones added that booking trends among customers have been different in 2022 due to the Omicron variant, but that revenue has been healthy overall.

“In a normal year we’d have this big peak in January and then it slowly comes down but this year. Before the events in Ukraine, we started at 70% and we were moving up, so we were crossing over with a normal year,” he said.

“It was a longer, flatter booking curve which was actually delivering more revenue for the first quarter than we would have seen in a normal year.”

But while Kuoni doesn’t have many departures into Russia and Ukraine, Jones thinks the crisis will result in a reduction in bookings across the board. However, he added he doesn’t think it’s going to be “dramatic”.

He explained that while bookings have not taken a hit, web traffic for Kuoni’s website and overall Google searches for travel have dipped in recent weeks, which could be an “indicator of what comes next”.

“I would be surprised if, over the next two or three weeks, we don’t see a softening of the market a little bit in terms of in terms of forward bookings,” he said. “But I don’t think it’s going to be dramatic.”

If Only launches campaign to boost Sydney holidays