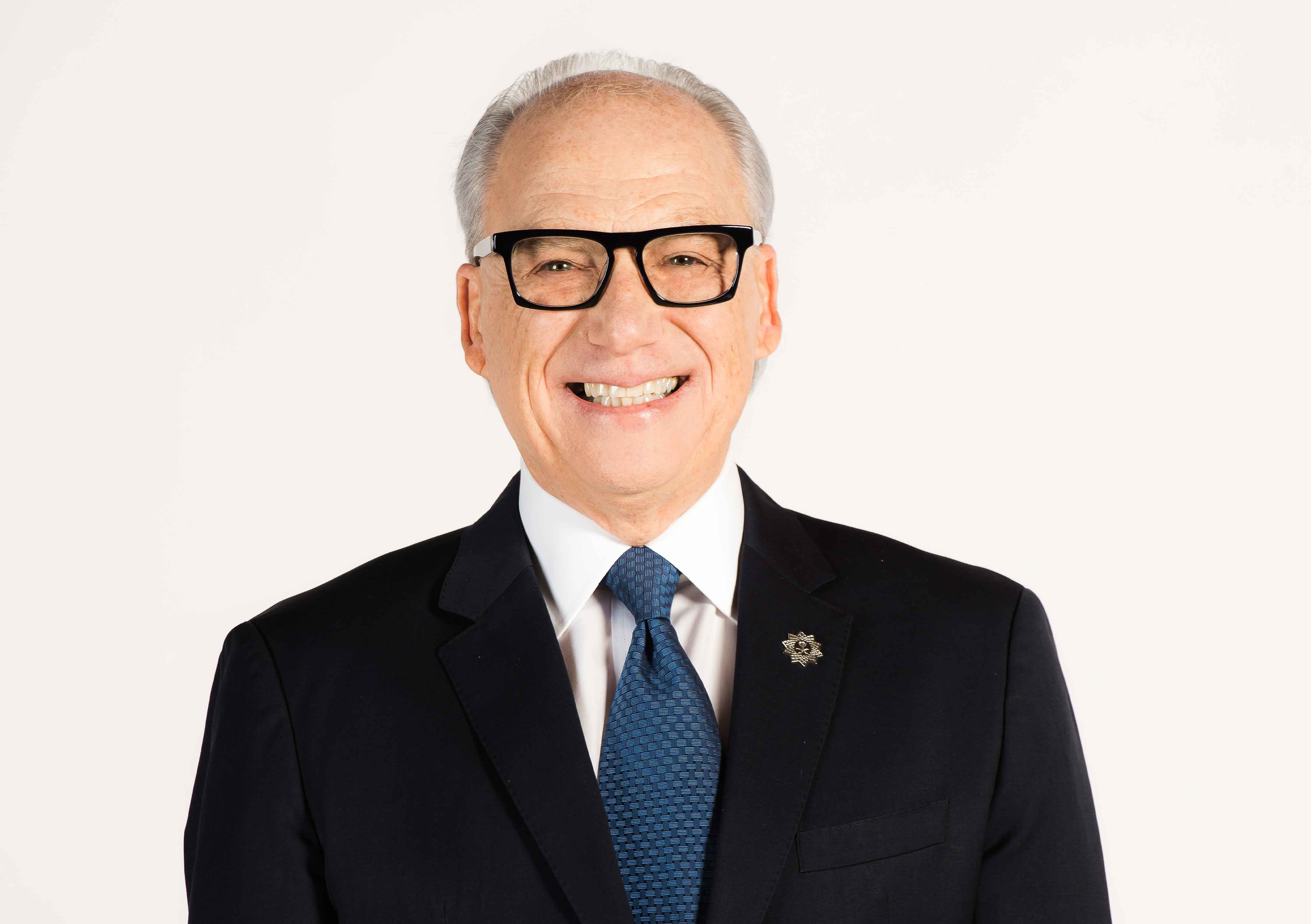 Aspire speaks to Jerry Inzerillo, the CEO of the Diriyah Gate Development Authority in Saudi Arabia to hear his plans for the UK trade.

Q. Tell us more about the development

A. His Royal Highness Prince Mohammed bin Salman (Crown Prince of Saudi Arabia) has the intention of taking the jewel of the kingdom - which is the UNESCO World Heritage Site - and continuing its preservation and restoration that His Majesty the King started years ago. The aim is to build a dynamic, cultural, heritage city, with the intention of reconnecting all Saudis to the birthplace of the kingdom, as well as having the amenities, energy and the infrastructure to welcome people from all over the world. We want to make it one of the great gathering places in the world, as was the intention realised in September 2019 when the Kingdom opened up to international tourism for the first time.

The way we talk about it internally is that really, 2018 and 2019 were used to set up the structure of the authority, the governance, putting together the best team of Saudi talent, especially young Saudi talent and especially female. They are complemented by the best international architects, designers, consultants and strategists in the world. We put together a rockstar Olympic team to make sure we were creating one of the great developments in the world. This is a huge development - the first phase is $20 billion.

This year and next are when we start on building and that means the continuation of the conceptual approved designs into working drawings. This entails roads, power, water, sewage – all benefiting the community. We have a very strict form-based code, that allows this community to have a certain aesthetic look, like Knightsbridge in London or Georgetown in Washington DC.

We’ve now broken ground on several assets too. As early as this time next year we’ll finish, our new dining district of 22 restaurants, new walking esplanades, gardens, farms and trails. The first of 20 hotels is already in the ground and the first of 10 museums is already underway.

Q. Does this development compare to anything else in the world?

A. We have an affectionate saying here in a kingdom where we measure time by three initials, we call it MBS time, which is ‘Mohammed bin Salman time’ because the Crown Prince works 80-hour weeks. If he works 80 hours a week and he's your boss, that means you work 81 hours. The Singaporeans, under Lee Kuan Yew, had great vision, and they made Singapore one of the great countries in the world is a small period of time of 50 years. You look at the great vision and the great work that was done in Dubai and Abu Dhabi. A lot of that arc of success happened over a 30-year period. And the Crown Prince wants to see that here in the Kingdom, but in half that time, over a 15-year period leading up to Vision 2030. All of us feel very confident that we'll be able to fulfil that vision.

You have to praise the wonderful leadership of the Emirates, because it's a young country. And if you look at a lot of the land of the Emirates - and I know it intimately because I've been involved with the image since the 1990s when we did Royal Mirage and later Atlantis - they have two extraordinary cities, the tourism city of Dubai and then the heart of government which also is a wonderful place - Abu Dhabi. Now the other Emirates are coming along, but tourism in Saudi Arabia is different. This is where the Arabian Peninsula began – the areas where the Kingdom of Saudi Arabia began have thousands of years of history, and even our UNESCO World Heritage Site is built in the historic Wadi Hanifa Valley, which has more than 1,000 years of history. That’s where people went to get out of the sun, where they rested. It's where there was water, where there was food, and it then became a place to trade and to gather, and that's the Crown Prince’s image of what he wants it to be again.

The Kingdom is steeped in deep cultural heritage - hundreds of years old, if not thousands of years old. And we will welcome 100 million tourists by the end of 2030. We will take tourism from 3% of GDP to 10% of GDP. We're going to rely on the very varied staggering topography of the country. Obviously, it has a very warm and inviting society, so does the Emirates, but that's where the comparisons end.

Q. How was tourism developing pre-Covid?

A. We opened up the Kingdom as an experiment to 49 countries including Macau and Hong Kong in September 2019. We could have opened it up to all 238 countries but we wanted to get it right, so we opened up initially to the 49. We were doing unbelievably well, we were doing 55,000 visas a week. The WTTC and the UNWTO indicated that Saudi was one of the fastest growing tourism countries in the world. We were seeing very positive signs – such as the social media outpouring on the beauty of the country. The warm welcome from the Saudi society resonated very strongly on social media. But then COVID came and to keep the society safe, and to keep all international travellers safe, we had to put in very strict but empathetic and compassionate measures in place, which we're getting the benefit from now.

We finally have some encouragement, because in the last four to six weeks very positive news is emerging on the vaccine.

We in the Kingdom are ready to welcome people again.

Q. What role does the UK market play in your tourism plans?

A. We’re very bullish on the United Kingdom. First of all, there is a superb relationship between the United Kingdom and the Kingdom of Saudi Arabia. The current prime minister, Boris Johnson, and the Crown Prince get along famously well and we have very strong relations with the United Kingdom. Considering that there's a very close relationship between the two kingdoms, and considering that England was one of the principal visitors that came when we first opened up the tourism, we feel very bullish on it. There’s lots of plans in place with the Saudi Tourism Authority to advertise Saudi tourism in the United Kingdom, and there's a number of initiatives with airlines, tour operators, and in the principal hotel operators, to participate in all the growth that's happening in the tourism sector in 2021.

Q. What other source markets do you see most potential from?

A. We're lucky because if you look at the geographical proximity of the Kingdom, we have connectability into three continents. So, you have a hugely robust market from Europe, with United Kingdom, France, Spain, Italy, Germany; and the extremely robust Asian market. I believe that Saudi Arabia has great curiosity factor for a lot of markets, including for Americans. The Pan Pacific markets also have a big interest in Saudi. Our proximity to so many parts of the world is going to be beneficial but we will spend a lot of tour time speaking and targeting those top 40/50 countries. That’s why we initially opened up to those particular 49 countries which represent 88% of the world’s GDP and more than 80% of the world travel market. This is where we’ll put our emphasis.

Q. How will you work with the trade to raise awareness of Saudi Arabia?

A. Post Covid, we will go back to basics. We and the Kingdom have deployed an incredibly visual and beautiful, but incredibly simplistic strategy. Looking at fam trips, joint ventures with tour operators, and also with airlines. We’ll be looking at advertising – television, radio, direct mailing, billboards, trade shows. It will be marketing 101. The Crown Prince has given us the resources financially, where we can penetrate those markets with a lot of different visualisations so we can expose the market to Saudi.

We will look at lots of different avenues that will allow us to get noisy in a short period of time.

The vision is there, the creativity is there - now it's just a question of implementation around Covid, ensuring people feel safe and secure to travel, but lucky for us, the Kingdom has one of the best track records in managing Covid in the world.

Q. What type of traveller are you targeting?

A. Well that’s where we're abundantly blessed because you know certain countries can only appeal to a certain type of market. If you look at how successful tourism is in the Seychelles or Bahamas – both are basically a sand and sun market. These places are beautiful islands with beautiful water. Well, we have beautiful islands and beautiful water in the Red Sea, but we also have five UNESCO World Heritage Sites, we also have all the excitement of urban restaurants and retail and a lot of people don't even know that it snows in Saudi Arabia and we have beautiful shaded mountains. We appeal to everyone – adventure travel, eco travel family travel, cultural travel, business travel.

Diriyah is largely targeting the high-end market, but the country offers the entire spectrum – from one star all the way up – so we’ll cater to every economic strata, as well as the sport market, entertainment, culture and cruising.

Q. There will be many people who have concerns about selling Saudi, how do you overcome those barriers?

Now, Saudi Arabia, does have an image problem. In this respect, and that is that most people have a preconceived notion of what the Kingdom looks like and how it behaves, which is completely different to what is actually looks like and how it behaves. Now, those of us who are here, we don't worry about that. So here's what we say: Come, you are most welcomed and see for yourself.

Then you can make up your own mind as to how the country looks, how it was an enjoyable, how you were welcomed and how you were treated. Then you can tell your friends, your family, and then they can come to see so we know what's here. We know people are going to have amazing time.

But we hear the noise and we know there’s critics, but what country doesn't have its own noise and its own critic. But people should come see for themselves and interact with the country - over time those preconceived notions will level out.