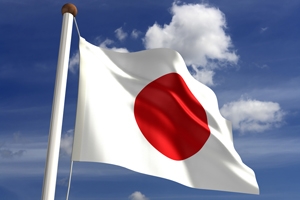 Japan has unveiled a six-point strategy to?attract 20 million tourists a year by 2020 when it hosts the Olympic and Paralympic games in Tokyo.

In a special Japan-UK Tourism Symposium held in London yesterday (Thurs), the ambassador of Japan to the UK outlined the country's plan to double the number of tourists in the year it hosts the Olympic games, in part by learning lessons from the London 2012 Olympic games.

Japan National Tourist Organization president Ryoichi Matsuyama told the symposium that Japan was on course to achieve 12 million tourist?visitors this year. While Japan's brand strength was "world class", the country is only?ranked 27th in the world in terms of visitor numbers, he added.

"This gap has to be filled, that's our challenge, to make people visit Japan now," he said. "There is an opportunity to turn Japan into a tourism-orientated country."

He outlined a six pillar strategy?to achieve 20 million by 2020. This includes promoting?tourism for the 2020 Olympics and beyond; putting in place plans to expand the inbound market; simplifying entry procedures such as relaxing visa requirements; cultivating hidden regional tourism resources;?promoting?a welcoming environment for international visitors; and attracting the?meetings and incentives market.

For the UK market specifically there are plans to attract visitors to areas beyond Tokyo and Kyoto; increase capacity on non-direct flights via Paris and Frankfurt; increase promotion of ski sports and mountaineering in Japan and encourage repeat visitors.

Keiichi Hayashi, ambassador of Japan to the UK, said: "We intend to take the opportunity and accelerate the influx of tourists to Japan in the run up to the Olympic and Paralympic Games and beyond. We are determined to learn as much as possible from the UK's experience."

Last week a memorandum of understanding was signed by the governments of Japan and the UK, committing to a mutual exchange of information relating to the 2012 and the 2020 Olympic games.

Sir Hugh Robertson, former minister for the 2012 London Olympic and Paralympic Games, anticipated Tokyo?would be a memorable Olympic games that would be looked back on in years to come.

"I have absolutely no doubt that this will be a great games and will be one of the 'signature' games," he said.

He urged Japan to be clear about the legacy it wanted to achieve as a result of the games from an early stage and design an over-arching marketing brand, similar to the GREAT brand used by London 2012,?to use across the government's marketing to give the tourism strategy a focus.

"Remember to use the games to drive the tourism legacy. The torch relay is a great opportunity to show off assets of the regions of Japan," he