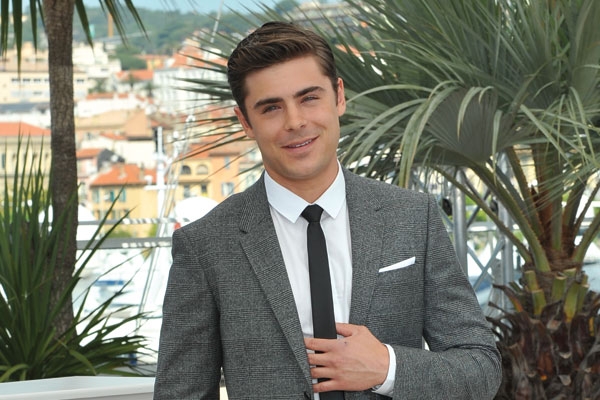 As the lead in teen hit High School Musical, Zac Efron was recognised wherever he went.

A decade on Aspire discovers Efron has finally been able to indulge in his passion for travelling the world, leaving Hollywood behind and getting back to nature

What’s your most memorable travelling experience?

When I first found fame, a lot of my hobbies went out the window. I couldn’t skateboard or surf for fear of being followed. Crossing the line of fear is what leads to greatness. I was in Hawaii recently and I went shark diving with some researchers, and I came face to face with a tiger shark. I knew I could either turn and try to beat the shark to the boat, or I could look it in the eyes and let it know I’m present and I’m not afraid. It went right past me, and I put my hand out and I actually rode the shark for 10 or 15 seconds. After that it came back and it swam under my legs and I just kind of touched it from the nose all the way to the tail. The researchers said that’s a sign of respect. It goes back to that Bruce Lee quote, “Be like water?|if you pour water into a cup, it becomes the cup. You put it into a teapot, it becomes the teapot.”

London is a great city – apart from the rain. I’m getting to know it more and more with every visit. I love soccer too – I went to Arsenal v Chelsea, which was fun. It’s tricky when I’m working because there’s not that much time for leisure, but I’d really like to come here in my own time at some point. I’d really like to explore the city without having to dash to a press event. The Camden area is somewhere I definitely want to spend more time in. It’s got such a cool reputation and the people are awesome. I also want to go to some music festivals here as well. I love my music and it’d be great to see some real live stuff in London.

Is there anything you don’t like when you’re travelling?

Not so much, but when we filmed At Any Price in DeKalb, Illinois, it was just so hot.

I mean, the first day of filming it was 130 degrees in the cornfields, because they hold in and retain heat. We had people passing out on set; it was excruciating.

What do you love about travelling?

As I get older I want to see more of the world; I love travelling. I’m getting into sailing and finding different mountains to climb, and backpacking. I’d love to travel and see more of the world. My life has been such a whirlwind – I’m figuring out who I am, I feel great and I feel real. When I’m not working I like to fill my time with adventurous stuff, try new things. I feel alive. I think now more than ever I have a true sense of who I am, and what I aspire to do, and that’s a good feeling.

Is there a place you would like to re-visit?

I went to Brazil recently, but that was more of just a quick trip, I wish I could have spent more time there. I checked out Rio for a day – what a place! I tried to walk on the beach, but as much as I wanted to, I don’t think that was on the cards for me this time. There were just a lot of people in one area and it was too congested to walk around.

Do you prefer leisure or action holidays?

I was always hiking and backpacking with my dad when I was younger. Going on Running Wild with Bear Grylls was great – it was like camping gone crazy. I’ve never done a movie that challenging; I’ve never been through anything quite like that. The whole time, I didn’t think about one thing, apart from what I was doing and where I was at, right at that moment, and I think that’s one of the most beautiful things about nature.

Is it hard to travel as a celebrity?

When I was younger I would have loved to have taken a year off and travel the world under the radar. I would love to do it really low key, I wouldn’t need to stay in fancy hotels or anything; I just want to explore – but I didn’t know how I’d do it. I would have had to shave my head to try and go incognito.

Is it easier now, though?

I went to Peru with my dad, we like to hike and get out into the wilderness and be on our own. We went to Machu Picchu and had all kinds of crazy adventures. There was probably only one building we saw over the course of the trip; it was a woman’s home, and she made us tea. They had no idea who I am! She did not care at all, she was just like ‘Yeah, sure’ – it was