December 17, 2013
ctor at the Jordan Tourism Board tells Rupert Murray what the trade means to the destination and what luxury in Jordan looks like. 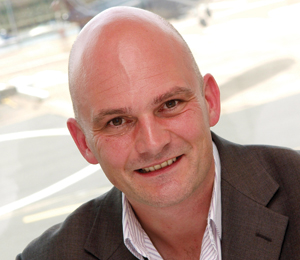 HOW IMPORTANT ARE TRAVEL AGENTS TO JORDAN?
Agents are a vital source of inspiration for new destinations to visit for holidaymakers. It’s paramount that we illustrate the vast product range Jordan has to offer beyond the iconic highlights such as Petra, and agents are crucial to that. That’s why we do regular fam trips.

DO TRAVEL AGENTS KNOW ENOUGH ABOUT THE COUNTRY? WHAT ARE THE HOLES IN THEIR KNOWLEDGE?
Agents tend to be aware of the main sites and primary attractions. However, Jordan is developing experiential programmes that appeal to very different target groups; from the ultimate adventurer’s dream cycling from the Dead Sea to the Red Sea, to family cooking classes through to yoga retreats in Wadi Rum. The primary misconception is that Jordan is only desert. Agents get very surprised by places such as Al Razaq Wetlands or Wadi Mujib canyons.

IF THEY WANT TO LEARN MORE HOW SHOULD THEY GO ABOUT IT?
The Jordan Tourism Board (JTB) works hard to ensure the Jordan Expert Academy maintains the highest standards in the industry. Agents can become a specialist at Academy.visitjordan.com and the newly updated Visitjordan.com has loads of information. How to Sell Jordan, a 12-page supplement based on a recent fam, can be requested at visitjordan@brightergroup.com

AND ARE THERE ANY EVENTS OR SCHEMES IN PLACE FOR AGENTS ACROSS THE COUNTRY?
In 2013 we visited more than 10 cities and trained more than 300 agents with face-to-face presentations. We are currently finalising our plans for 2014 in which the UK travel trade will feature strongly.

HOW HAS THE DESTINATION CHANGED IN THE LAST DECADE? The creation of the JTB and the collaboration between public and private sectors have seen hotel and product developments across the country that have opened up the treasures of Jordan to a wider audience. Luxury spa and wellness resorts on the banks of the Dead Sea; eco-lodges and rustic retreats in the nature reserves; leisure hotel developments on the Red Sea; all these have played a part in bringing Jordan to the attention of global travellers.

HOW HAVE THE DEMANDS OF TOURISTS GOING TO JORDAN CHANGED IN THE LAST DECADE?
Many travellers are now looking for experiences that take them beyond the destination itself. For example, the desert is a wonderful place to visit, made even better by getting involved with the local Bedouin tribes; Jordanian food is a mouthwatering mix of Levant influences, and how much better to learn to cook some of the dishes with a local Jordanian family?

HOW ARE TOURISTS SPENDING THEIR TIME IN THE COUNTRY?
The fundamental pillars of any visit remain the iconic sights: Petra, Dead Sea, Wadi Rum, Jerash and Red Sea. Woven around these must-see highlights of Jordan are an increasing number of new ways to experience the country: gastronomy departures including vineyard visits, city breaks to Amman, spa and wellness retreats with yoga in the emptiness of the desert, cycling tours through Wadi Rum or from Dead Sea to Red Sea, or following in the footsteps of Lawrence of Arabia. 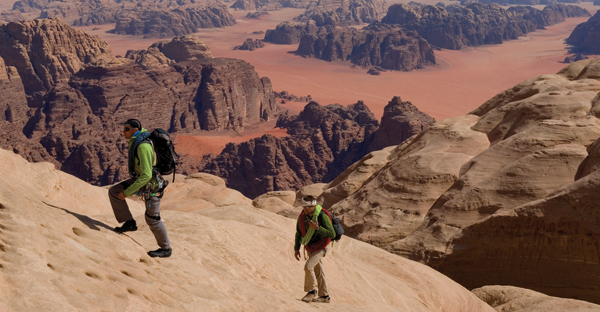 WHAT DOES JORDAN HAVE TO OFFER A LUXURY TRAVELLER?
City breaks in Amman, spa breaks on the Dead Sea and leisure breaks on the Red Sea can all be experienced in the five-star luxury of familiar international hotel chains. The development of traditional and authentic experiences including luxury desert camps, eco-lodges and the conversion of ancient Bedouin villages to hotel accommodation, allow visitors to immerse themselves in the culture and hospitality of the region.

WHAT SORT OF VISITOR NUMBERS ARE YOU EXPERIENCING?
Since 2008 UK visitors have increased every year and the number of overnight visitors is now almost 70,000 a year after a 3.5% increase in 2012. A slight dip in overnight visitors for 2013 to date has been offset by an increase in day trippers and the overall numbers are broadly level with 2012.

WHICH OTHER DESTINATIONS OFFER A SIMILAR EXPERIENCE TO JORDAN?
The trek to Petra from Dana Reserve has been called the ‘Inca Trail of the Middle East’; the Roman city of Jerash showcases the power of the Roman Empire; Wadi Rum was described by British army officer TE Lawrence as ‘vast, echoing and god like’; scuba diving in Aqaba offers arguably the best unspoilt sites of the Red Sea and the Dead Sea is the biggest natural spa in the world.

ARE THERE ANY COUNTRIES THAT NATURALLY TWIN WITH JORDAN?
We are seeing an increasing number of enquiries for twin centres. The glitz of Dubai is often combined with the authenticity of Jordan; Turkish Airlines now flies three times a week from Istanbul to Aqaba meaning a city break in Turkey can partner a beach break at the Red Sea; tours of the Holy Land will naturally combine Jordan, Israel and the West Bank.

IS THE COUNTRY POPULAR WITH ANY CELEBRITIES?
Kate Middleton and her family lived there for two years and a picture of the young Middleton family at Jerash will be familiar to many. Ex-Eastender Nadia Sawalha often visits her homeland and various celebrities from Madonna to Angelina Jolie and even Barack Obama have all marvelled