September 23, 2011
drive upmarket, the man who has been at the UK helm of the spanish national tourist office for seven years tells Rupert Murray why it will remain a british favourite. 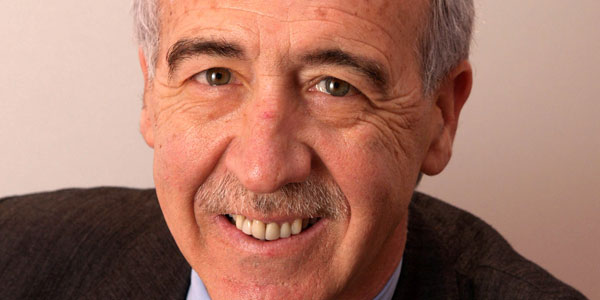 Britain and Spain have been the best of tourism bedfellows ever since the holiday became a mass-market commodity. Our favourite destination’s dominance is still unrivalled but cheaper, newer destinations have been taking chunks out of its market share. Now, circumstances have forced Spain to adapt: in a fascinating twist, the destination that was instrumental in creating the everyman holiday for the British public has its sights set on becoming a luxury haven.

What is Spain’s focus at the moment?
The big change in our focus came last year when we decided to switch most of our marketing campaigns to centre around the more upmarket consumer in the luxury sector. We are trying to fight for those consumers because of rapidly changing trends in the family holiday market. The strong appearance of the likes of Turkey, especially in the all-inclusive segment, meant we lost market share from 2007 to 2010.Instead of fighting to recover those people, we decided to move the fight because it is difficult to change the structure of hotels in Spain to all-inclusive. And it’s not very profitable either. We cannot compete on prices with countries where the staff are paid 13% of the hotel spend, when in Spain it is 50%.We have changed the focus from families in the regions to couples, and specifically those in London and the southeast. These people are not necessarily more sophisticated but they don’t have the constraints of a family.

Has this worked so far?
The fight has been successful. In 2010, compared with 2007, market share was down 3.5%, but we recovered them all in 2011. It is easy to say that much of it is due to events in Tunisia and Egypt and other parts of North Africa and the Middle East, but the truth is the recovery of Spain started much earlier. Turkey is losing share in 2011 and that’s due to price not Middle East events. The main driving force in the UK market is price. The exchange rates affected euro destinations a lot in 2009-10 because the pound was weak. But in the last year the pound has recovered and this benefits Spain. The second plus point is Air Passenger Duty: because Spain is short-haul, air passengers pay only £12 instead of much more for a longer flight.

How is Spain performing compared with other countries?
The market is down for many destinations. It is down for destinations that grew too much too quickly, such as Turkey, and those that are far away, such as the Caribbean, due to cost of APD and fuel surcharges. In comparative terms, Spain is cheaper. Instead of going for the cheapest trips, we decided to be the cheapest for top quality destinations and hotels – we are an affordable luxury destination.

Do you want to attract only affluent travellers now?
The clientele going to Spain reflects your society. Last year, 13 million British people visited Spain and it is impossible to expect them all to have booked upmarket holidays. We have guests from a cross-section of society and we cater for all budgets.

Has Spain got much to offer affluent visitors?
When you talk about Spain you are talking about 18 very different destinations. The cities, such as Madrid, Barcelona and Palma are doing very well as much of the investment has been pumped there. Tenerife has been pushing hard for a few years now, but it’s not easy to get people to spend £100 a night in a destination where they are used to spending £30, especially as Tenerife was historically associated with cheap holidays. But there are plenty of new five-star hotels there now.

Is your upmarket product lacking in any areas?
It was clear that our weak point was a lack of boutique hotels to compete with Italy and France. This is what the customer is demanding. But every day a new boutique hotel is being opened and in the most extraordinary places, usually old buildings. British visitors are very knowledgeable and they want these boutique hotels, these new hotels in which luxury is a different concept. It has nothing to do with ornate halls and big mirrors, but more to do with privacy, good service and top-quality food.?

Is your high-speed rail network being used by luxury travellers?
It is so quick to travel between Barcelona, Madrid, Seville, Valencia and other cities that we do expect more people to start taking advantage. Trains are not easy for agents to book – they are still a state monopoly nearly everywhere and sometimes booking systems are not great for agents. The mentality of the people running train companies is a local one and those in charge think about Spanish clients because the percentage of foreigners is small. That has to change, because if you are have a national network of high-speed trains it will be used internationally. At the moment not even 1% of passengers are foreign travellers.

Are your relations with the UK travel trade strong?
Our association with the UK trade is historical. No other country has had such a good relationship or hosted as many Abta conventions as Spain. Since I began this job seven years ago Spain has held it five years out of seven, as well as plenty of other conferences too. This year in Palma we will be inviting top luxury and cruise agents for separate break-out