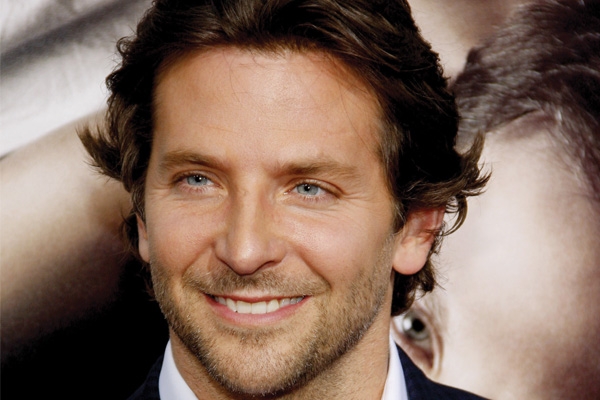 The Hollywood heart-throb and star of the Hangover started his career as a presenter of a travel programme. He talks to aspire about his love of Bangkok and france and his experience of a nudist beach

Hollywood actor Bradley Cooper doesn’t have much time for pleasure these days with his insanely busy schedule; luckily, within his job, he gets to marry work with one of his favourite pastimes – travel. The Hangover star says traversing the globe is his favourite way to de-stress; from mingling with locals and sampling foods from all cultures, the world is literally Bradley Cooper’s oyster.

For the Hangover sequel you spent time in Thailand, how was that experience for you?

Yeah, we spent Christmas in Chiang Mai, which is incredible, but I just fell in love with Bangkok. We spent two weeks there and I couldn’t wait to get back to Bangkok. I like Top Menu, which was a Chinese restaurant where I ate a lot in the city.

What is it about the country that you love so much?

The people in Bangkok in general are beautiful, men and women. It’s incredible and certainly the women are gorgeous over there. There’s just something about the spirit of the people. I mean, they call it the Land of a Thousand Smiles, and there’s a reason for that. There’s just an openness and gentility that is very infectious. There’s something about the energy of the women and the people there that you want to be around. That’s one of the reasons why I fell in love with Bangkok and would go back in a heartbeat

You recently starred in a film called Burnt, set in a top restaurant. Is food one of your greatest passions?

I love food. Especially eating it! I love all kinds of food. I love pizza. I love pizza too much. I could eat it all day every day?|Growing up in an Italian household, my grandmother was an amazing cook, and food was highly significant in my family. I love to cook myself, I’m always cooking for friends.

Do you have a speciality?

No, not really. I’ve learned a lot but it’s having the confidence to repeat it in my own kitchen. Preparing a meal involves a lot of thought and experimentation until you find the right balance and then you know you have a great dish.

What were some of your favourite dishes that your mother and grandmother prepared?

My mother made this incredible roast beef and my grandmother would make a stunning cheesecake and the most unforgettable and delicious ravioli. Those were the dishes that inspired my love of cooking and also wanting to know how to prepare food myself. Cooking has always been a big part of my life and it still is!

You’ve been seen holidaying in Italy, what other parts of Europe have you explored?

I love spending time in France and I’ve been in love with the French language for a long time. I studied it, I did a semester in Aix-en-Provence, and I love French films and culture. One day I would like to shoot a movie in France.

You’ve stated in the past that you enjoy spending time by yourself. Do you ever travel alone?

There are times when I need to be alone. As a child I was usually surrounded by friends and family and then in university I found myself spending more time reading and thinking and being by myself. Then I went through a wilder period where I was partying a lot with friends. But in recent years, I really value the times where I can get away and be very solitary, not answering emails or phone calls. I had a chance to spend a week in Paris by myself earlier in the year and I loved being able to sleep until noon, walking around the centre of Paris, and just taking in the beauty of that city. I would also explore the city on a motorcycle late at night until two or three in the morning when the streets are much quieter, but where you can still stop at some café and sit by yourself and read or just watch people.

Before you were famous, you hosted a travel programme called Globe trekker, how did that come about?

That was insane. I don’t know how the hell that happened, it was just some insane acid trip I was on for three years! I grew up in the suburbs of Philly and had never been in a tent my whole life and then in the audition I had to go to Central Park and pretend I was on an actual trek. But I got the part and then they said: “OK, go to Canada and canoe down the Bonaventure River and cycle The Viking Trail in Newfoundland?|” Three years later I was sailing around the coast of Croatia and climbing glaciers and trekking in Peru?|it was insane.

Croatia famously has a nudist beach?|

Yeah I remember that. They wanted me to go to this nudist beach and the producer said: “Bradley you’ll be cool with going naked, right?” And I thought, ‘imagine if by sheer luck I become a working actor and there’s this video of me talking to this guy for 20 minutes naked?’