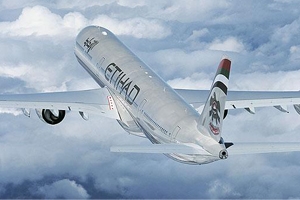 A major expansion of Etihad Airways’ codeshare with alliance partner Jet Airways has been secured to offer travellers enhanced connections throughout India.

The two airlines have obtained regulatory approval to codeshare on 43 additional routes, bringing the total number of services in their codeshare agreement to 71.

The codeshare pact has also been updated to incorporate Jet Airways’ international connections from Mumbai and Delhi to the Asian hubs of Singapore, Hong Kong and Bangkok, together with services linking Chennai to Abu Dhabi and Singapore.

Jet Airways has strengthened its offering to the US and Europe by codesharing on additional Etihad Airways’ routes between Abu Dhabi and Chicago, New York, Dublin and Milan.

“Our current network of Indian destinations, consisting of Ahmedabad, Bangalore, Chennai, Hyderabad, Jaipur, Kochi, Kozhikode, Mumbai, New Delhi and Trivandrum, is further supported by the relationship we have developed with our equity alliance partner Jet Airways.

“This codeshare expansion is a milestone development for both airlines. In addition to placing our ‘EY’ code on domestic flights within India for the first time, the agreement now covers all six of Jet Airways’ services to Abu Dhabi.