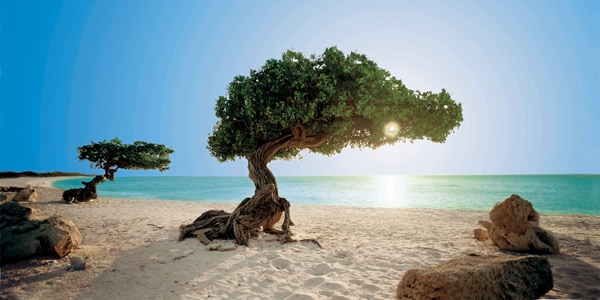 Although it’s been a firm favourite with the American market for decades, and is a popular port of call for cruise ships, until recently the Dutch Caribbean island of Aruba did not feature widely on the British radar.

To keep the figures heading in the right direction, the Aruba?Tourism Authority continues its big push to put the Caribbean’s westernmost island firmly on the map.

As part of this push, last month Travel Weekly joined one of its agent fams and discovered that the island – part of the ABC trio with neighbours Bonaire and Curacao – packs plenty into its small size, just 19 miles long and six miles wide.

In the wake of?Hurricane Irene, a big selling point for agents is that Aruba, 15 miles off the South American coast, is outside the hurricane belt. Moreover, with almost constant temperatures of 28C, and a negligible rainy season, there’s no right or wrong time to visit.

Another key selling point is that the island has a character all of its own. In addition to having an interesting Dutch heritage, a language created from a jumble of other tongues, and beaches that have been voted some of the best in the world, Aruba has the only beer brewed from desalinated salt water – investigated thoroughly on the fam.

Discovered by Spanish explorers in 1499, conquered by the Dutch in 1634 and later occupied by the British, today Aruba is part of the Kingdom of the Netherlands and for the past 25 years has had its own self-governing constitution. Historic roots are reflected in the food, attractions and official languages – Dutch and the native Papiamento.

The National?Archaeological Museum, housed in a beautifully restored former family home in Oranjestad, and the Historical Museum, in an old fortress, are both well worth a visit. Quirkiest of the lot is the Antiquity Museum in a private house on Timbalstreet, which is open by appointment only through the tourism authority on the island. Hundreds of eclectic exhibits, from ancient fossils to old photos, wind-up gramophones and assorted household items chart Aruba’s social history.

Aruba’s compact size makes it easy to explore and a half-day excursion covers many of the island’s highlights, including California lighthouse, tiny Alto Vista chapel and the curious rock formations that dot the island.

Adventurous clients can bump their way to the wild windward coast on a jeep safari and take the plunge in the natural pool next to the sea before exploring Arikok National Park and its caves.

Boat trips with snorkelling stops are also good to recommend and for clients that don’t want to get their feet wet, Seaworld Explorer, a ‘semi-submarine’ floating 5ft below the surface provides amazing views of coral, fish and Antilla – one of the Caribbean’s largest shipwrecks. Despite the incongruous backdrop of an oil refinery, sheltered Baby Beach, on the island’s easternmost tip, is well worth visiting.

On October 30 KLM’s service from Amsterdam Schiphol to Aruba will increase from two to five times a week, with connecting flights from 19 UK airports, including London, Birmingham, Manchester and Glasgow.

Due to increased demand, Thomson Airways extended its Gatwick flights from October to the end of November and for 2012, flights will begin in March instead of May.

Work on Aruba?Linear Park, the largest in the Caribbean, is under way. Stretching 10 miles along the north coastline from Reina Beatrix international airport, it will include walking and cycle paths.

In November, Aruba will raise its first Blue Flag, marking its efforts in sustainable development, water quality and environmental management.

Living up to the tourist board tag ‘one happy island’, Aruba offers a warm, friendly welcome and is hassle-free compared with some Caribbean destinations where you get pestered by hawkers the minute you lay your towel on the beach. Agents were also pleasantly surprised by the lack of poverty.

The main west coast tourist area is distinctly divided between the quieter low-rise properties of Eagle Beach and the high-rise hotel stock in Palm Beach, with its lively shopping, restaurant and nightlife scene, making it easier to match clients to hotels.

Bear in mind that Aruba is not a budget destination. However, the agents agreed that this gives it a quality edge, and they would not want to see holiday prices and standards drop. But they felt excursions were expensive – about £80 for a sunset dinner cruise and £67 for a jeep safari to Baby Beach, for example – making
them more difficult to sell, particularly to families, who may find it unaffordable.

The fam took in 13 of Aruba’s 30-plus hotels, showcasing the island’s diverse stock of predominantly four and five-star properties, with many undergoing significant investment such as an £18.5 million renovation at the Radisson?Aruba Resort.

Divi?Aruba All Inclusive, where we stayed, is set on the sweep of Eagle Beach and is a good option for couples, while its neighbour Tamarijn is more geared to families. In Palm Beach family-friendly properties include the Riu – exclusive to Thomson and with an excellent choice of restaurants – and the buzzing Occidental.

A sophisticated choice for couples and honeymooners is the elegant adult-only Bucuti?Beach Resort, which features romantic film shows under the stars. Spa bunnies will love Manchebo?Resort with its Indonesian-style spa, yoga classes and healthy dining options.

Other stand-out properties include the Renaissance?Aruba in Oranjestad, with its swish shopping malls and beautiful private island with an open-air spa and a private retreat for couples, and the cosmopolitan Westin, where every room has a sea view.

Gemma Horridge, First Choice: “It was much richer than I expected, there was no poverty and it felt very safe. I would send people who had been to other Caribbean islands and wanted to go somewhere different.”

Sue Mercer, Hayes & Jarvis: “I was impressed by the diversity of hotel options and the fact you don’t have to come all-inclusive as there are plenty of restaurants, and taxis have set rates. I would send all kinds of clients here from couples and families to groups.”

Jasmine Payne, Wroxham Travel: “The beaches are fantastic and the quality of the hotels is very good. It is quite expensive compared with some of the other islands, but it’s well worth the money.”

Aaron Hyde, Kenwood Travel: “It exceeded all my expectations and in my view would appeal to a four-star client who had been to other islands such as Jamaica and Barbados, rather than a five-star Dubai or Indian Oc