Comment: Responsibility is no longer a choice even if consumers don't care 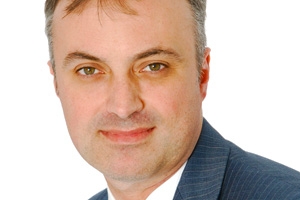 Brits, we were told at a conference on responsible travel this week, are the nation that admits to being the least likely to pay extra to ensure the holidays they take are sustainable, or responsibly sourced.

At first sight this might seem something of a depressing finding, but like with virtually all such surveys it can be immediately dismissed as significant because there are so many ways of interpreting it.

As a Brit I'd like to think we're a nation of cynics and we have a healthy disregard for buzz words like 'sustainable' or 'responsible', although I fear the truth is most people simply don't know what they mean.

Indeed, the two words appeared to be interchangeable at the conference reminiscent of the way the spoof BBC Olympics documentary series London 2012 makes a lot of mileage out of the fuzziness of defining legacy versus sustainability.

Another interpretation of that survey result, and the one preferred at this week’s event, was that Brits increasingly simply expect their holidays to be responsibly sourced and put together and it’s up to the operator to make sure that is so.

So why would they pay more for that? It’s no different to expecting the aircraft you fly on to be properly maintained or the hotel kitchens to be hygienically clean.

We’ve got higher expectations, in other words, and all those other people from countries who claim they’d pay more are just doing that to appear to be good global citizens but when it comes to the crunch would choose a cheaper, not so responsibly sourced break over a more expensive alternative.

Whatever the truth, it’s clear that even if the public couldn’t really care less, responsibility is a concept that’s been embraced by the travel sector over the last decade in a way many thought would never happen.

Thursday’s conference heard from an array of the big guns in the UK mass outbound tourist industry including Tui Travel, Virgin Holidays, Thomas Cook and Kuoni, all of which have gone to great lengths to put responsibility at the heart of what they do.

In fact, compared to how government and other public bodies and Non Governmental Organisations were reported to be getting on embracing the concept and, more importantly, achieving results, it is the commercial organisations in the tourism industry that appear to have been leading the way.

Key to this, we were told, is that although customers don’t want to pay more for this type of holiday they are, in fact, increasingly demanding it.

A new younger generation of travellers are emerging wanting an authenticity from their experiences that, handily, equates with the product itself being responsibly sourced from within the local communities they are visiting who, in turn, benefit from those visits.

Indeed, much of the academic work around responsible tourism has come from the young graduates of Leeds Metropolitan University, which along with Abta organised this week’s?conference to coincide with the Rio+20 Earth Summit, many of whom are now forging high-level careers within the travel industry.

As Professor Harold Goodwin from Leeds Met told the conference, responsibility is not a marketing ploy; it's about the application of a concept, it’s an action, a thing you do as an individual in your business rather than a theoretical concept you discuss or debate.

“Responsible tourism is about the competitive advantage you get by engaging guests, enhancing the guest experience. It feeds into the experience of allowing people to get closer to the destination. It’s not about use of the words responsible tourism,” he said.

And that’s what makes it the right concept on which the travel industry can anchor its future and devise strategies that will assure it continues to prosper financially but that can also be justified when challenged by all sorts of special interest groups.

Under the banner of responsibility the travel industry can continue to leave the inevitable footprint you’ll find with all tourist activities, carbon or otherwise, but do so unapologetically.

Of all the commercial profit-making industries out there travel can least afford to feel guilty about travelling and needs to actually find a way of promoting more of it.

One last thought. A delegate made the good point at the conference that it is always seems to be the same usual suspects at these events talking about responsibility – usually the traditional full service tour operators.

What, she asked, is Google’s or Expedia’s policy on responsible tourism or the proliferation of new generation online firms exploiting their low commitment, low cost base models to out-compete the likes of Tui, Thomas Cook or Virgin Holidays?

I’ve no doubt they are doing much, so let’s hear about it. Maybe in the UK a trade association like Abta could be the right vehicle to show a united front on this issue but to do this it has to find a way to extend its membership mix.

The?world has become increasingly transparent and, as we've seen with the Jimmy Carr tax avoidance issue, expectant?that individuals, organisations and companies are seen to do the right thing. Travel must meet that