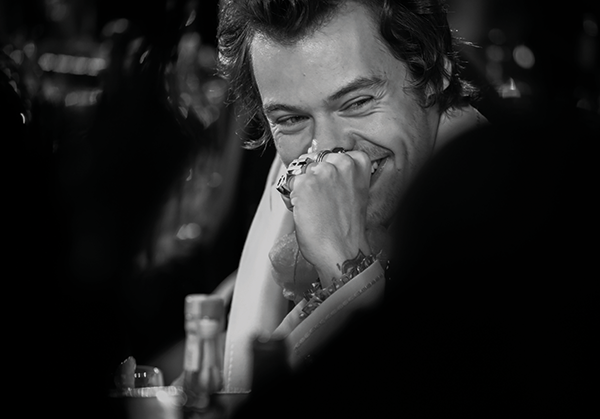 The singer, songwriter and actor shot to fame in boy band One Direction and has since explored much of the world. He tells Aspire about his desire to learn more about the culture of the places he visits.

Q. Travelling and being a musician go hand in hand, but in the early days were you ever fully prepared for the extent you would be jetting around the world?

No, I don’t think so. I’m not sure anything can really prepare you for what it’s like. I remember the first tour we did in 2011-12, it was all so fresh. We were visiting places we’d only ever read about in books or seen on TV, and everywhere, every welcome was different. You’re jetting around so quickly you don’t really have time to take it all in. By the time we went on tour the second time, I think we were all in the mindset that we wanted to take it all in a bit more. We were a bit more demanding and wanted to actually look around these incredible cities. The priority had to be to put on a show, but we all caught the travel bug.

Q. At the end of last year, you ran an online campaign for your single Adore You, which featured a remote, fictional island named Eroda. Tell us about that.

It was an idea we came up with to introduce my new album in an original way. We slid in references to songs as we revealed more information on the island, and it was really cool to be talking about the wilderness, holiday cottages, hillside walks… all the stuff I like, yet isn’t especially cool.

Q. Fictional places aside, of all the destinations you’ve been to, where have you found the friendliest people?

Ah well, it’s all one big love-in! I think going to Scandinavia has always been a really special place for me. Sweden feels really unique as it’s somewhere that isn’t too commercialised or overrun by the machine. One time in Stockholm I remember we were given these miniature figures someone had made of us in icing. They were pretty cool.

Q. And the most chaotic place…

Probably New York, although because of that it’s also one of my favourite cities. When we were on the Big Time Rush tour we left Radio City Music Hall and there were just hundreds of girls running down after our car, banging on our windows and stuff. Thankfully when I go to New York now it’s a bit calmer – I love to look at the famous music venues and soak up the atmosphere of some of the districts knowing what an influence the place has had on entertainment, music and film culture.

Q. Is that what appeals to you most about travel – the cultural side of destinations?

Definitely. I’m looking for inspiration wherever I go, but I also love to see how other people have been inspired by a place. London, New York, Sydney – it sounds so obvious to name those places, but look at the incredible music that has come from them. It’s no coincidence they are some of the world’s leading cities.

Q. What did you enjoy about Sydney?

Everyone has such a positive, sunny outlook, but there’s a respect for privacy and people just let you get on with enjoying yourself. Australians are very warm party people.

Q. Is it nicer to travel alone or do you miss the time with the One Direction crew?

Well, I never travel alone, but I think we’ve all matured from those early days. Back then it was just like a few lads on holiday together – constantly joking and constantly pranking each other. I was back in Madrid recently and I spotted the hotel where we taped up the door so the lads couldn’t get in the dressing room. But it was always stuff like that – stealing golf carts, forklifts… the sort of stuff everyone does when they’re abroad, right?

Q. What is your top travel tip, apart from avoiding arrest?!

Wherever you go, try to do something authentic, [something] that’s particular to the place. [As an example] I love tacos and when I went to Mexico City all I wanted to do was to find an authentic taco restaurant and see how they did it. I think it’s important to immerse yourself in the genuine feel of a place. Not only are you sampling the true roots of, for example, cuisine, but you’re also being respectful to local people. That is a big thing for me.

Q. Are you one for buying souvenirs from the destinations you visit?

Fashion is a big thing for me so I’ll try to have something with me that reflects the place I am in. It’s also the best thing to bring back some authentic piece of clothing from a place you have visited. It lasts longer than a bottle of tequila.