Celebrity Cruises to base a ship in Abu Dhabi 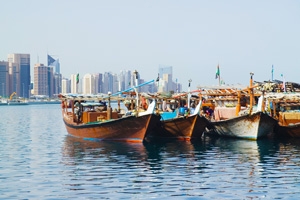 Celebrity Cruises is to offer sailings from Abu Dhabi for the first time in winter 2016.

The line will run six sailings on board Constellation, the first on November 28 after repositioning to the Middle East from Istanbul and the last on January 11 before returning to Singapore.

Celebrity has previously made calls into Dubai but this will be the first time it has based a ship for a series of cruises.

Announcing the new deployments while on a visit to the UK, Celebrity Cruises president and chief executive Michael Bayley said the decision to base a ship in Abu Dhabi had been borne out of customer feedback and added that he expected the programme of sailings to be very popular with UK and Irish guests

"We're always looking at winter destinations. We have a lot of ships based in the Caribbean or Australasia but this is something new and came as a direct result of research among our passengers.

"We're all about offering destination-rich, genuine quality, authentic experiences that appeal to the affluent traveller. That's what Celebrity is all about. We are not in the mass market offering a seven-night cruise from A to B around the Caribbean for a cheap price."

He revealed the line would operate two nine-night Arabian Adventures sailings leaving Abu Dhabi on December 10 and January 2, calling at Khasab and Muscat in Oman, an overnight in Oman and a day a sea, then onto Dubai for a double overnight before sailing back to Abu Dhabi for another overnight.

Celebrity will also offer a 12-night itinerary on November 28 called Spice and the City of Gold, taking in Khasab, two days at sea, then onto India, calling at Mumbai, Goa and New Mangalore, then three days at sea back to Dubai for an overnight before continuing onto Abu Dhabi.

The line will also run a 14-night sailing over Christmas and New Year which UK sales director Nicki Tempest-Mitchell believes will be particularly popular with UK agents and customers.

The Spices and Cities of Gold sailing will start with an overnight in Abu Dhabi on December 19 before heading to Muscat in Oman, two days at sea, then Christmas Eve in Mumbai, Christmas Day in Goa, Boxing Day in New Mangalore, a call to Cochin on December 27, three days at sea before heading back to Dubai on New Year's Eve for an overnight stay, sailing back to Abu Dhabi in the early hours of January 2.

Tempest-Mitchell said: "We have significant sourcing from the UK and Ireland. We expect to fill a lot from our market without a doubt, especially as the airlift from England, Scotland and Ireland is so good to the Middle East."

She said Celebrity would offer fly-cruises with flight options from British Airways, Emirates and Etihad or cruise-only for agents wanting to dynamically package the itineraries.

"We are extremely excited about this for next winter," said Tempest-Mitchell.