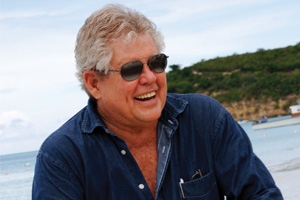 Sandals is 'raising the bar' at its resorts rather than expanding. Its founder talks to Juliet Dennis about improving standards across the group's 20 properties

Caribbean resorts operator Sandals has “weeded out” two resorts as part of its multimillion-dollar investment programme to improve standards.

The group’s Grand Pineapple Beach Negril in Jamaica closed this month and its lease of Beaches Sandy Bay, also in Negril, will be terminated at the end of this month.

Founder Gordon ‘Butch’ Stewart said the group’s investment strategy to raise the bar at its resorts has meant sifting out properties that no longer keep pace with the rest.

“We have weeded out products that didn’t work,” he said.

“Beaches Sandy Bay has always been the orphan as our product improved and did not match up. And Grand Pineapple Beach Negril doesn’t have the quality we want to be associated with Sandals.”

The resorts no longer feature in the group’s portfolio and are up for sale.

In the last three years, the company has spent $100 million a year on modernising its resort properties, with a focus on “radical improvements” rather than increasing capacity.

“In terms of product, we have increased our spend in this crazy time,” added Stewart. “You cannot suffocate standards and services. It’s important to keep investing.”

The large-scale investment means Stewart is confident enough to claim every one of the group’s 20 resorts is, to all intents and purposes, “brand new”.

Further improvements, such as the construction of overwater bungalows at the Grande St Lucian Spa & Beaches Resort are still under way. These are due for completion by the end of next summer.

Beaches Boscobel, which closes in September for roof repairs, will reopen in October under the name Beaches Ocho Rios Resort & Golf Club to reflect the resort’s location in northern Jamaica. The resort has undergone a $17 million renovation and will include a ??new Greek Village.

For Stewart, the group’s resorts have to outperform local competitors in terms of quality and service. “Emerald Bay has to be the best hotel in the Bahamas,” he said.

The product improvements are feeding through to increased sales, said Stewart. But he admitted: “We spent so much on the Sandals Grande Riviera, I doubt we will get it all back, but it’s made a difference to occupancy levels.”

Despite the downturn, revenue is 17% up for the UK market for the year to date compared with 2011, in part due to the refurbishments, said Stewart.

Bookings were up during the Olympics but visits to the website have risen “significantly” since the Games ended. Call centre volumes have also increased from customers looking for holidays in the next three months.

The excitement about new products gives agents the confidence to book and, to this end, the company has a further 16 agent educationals planned this year. By the end of 2012, 450 UK agents will have visited Sandals and Beaches resorts on fam trips, up from 350 last year.

Sandals’ new weddings programme has already prompted a 20% rise year-on-year in wedding sales and an agent roadshow is planned during World Travel Market to promote Your Wedding, Your Style, which allows every aspect of the big day to be tailor-made.

Ten promotional videos will also be added to Sandals.com over the next few weeks. For Stewart, this is another way to spread the word. “Our big message is we are a totally new resort product and more comprehensive than anything else in the