In an increasingly fragile world, Italy’s winning mix of cuisine, culture, charm and good old-fashioned quality is a sure-fire bet for summer heaven“You are now off-road.

In an increasingly fragile world, Italy’s winning mix of cuisine, culture, charm and good old-fashioned quality is a sure-fire bet for summer heaven 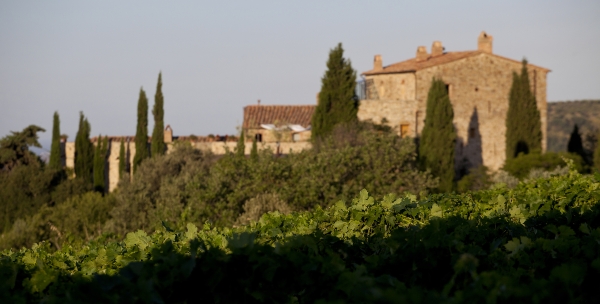 “You are now off-road.” Our Fiat 500 is bumping up a rock strewn track past rows of vines, so this is hardly news to me, but Hugo says it again. “You are now off road.”

Hugo is the nickname we’ve given our deeply posh satnav. We’ve spent the past couple of hours laughing every time his clipped tones mangle an Italian place name, but he’s guided us with unerring accuracy through the Tuscan countryside to this remote spot, so it’s a little disconcerting that he appears to be signing off and leaving us to our own devices.

But this is part of Tuscany’s charm. We’re just a couple of hours from Florence – cradle of Dante, the Renaissance and modern civilisation – but it feels like we’ve left civilisation far behind.

This feeling is heightened by our first glimpse of the honey-coloured walls of Castello di Vicarello. The tall, square castle sits on a hilltop in the rolling Maremma countryside, looking as if not a stone has been changed since it was built in the 12th century. We’re in prime Italian wine country, surrounded by vines, olive trees and those oh-so-Tuscan tall, dark green poplars. Castello di Vicarello seems to have distilled the very essence of Italy: the material of Merchant Ivory films and glossy travel brochures.

The term boutique hotel is too prosaic to do this place justice. The Italians – as usual – say it with more panache. The hotel’s ‘Dimora di Charme’ tagline, which translates directly as ‘charming residence’, is fitting, capturing not only Vicarello’s enchanting looks but also its personal, domestic quality. The experience is less hotel and more home-from-home – if your home happens to be an exquisitely-restored castle set in its own vineyards.

There are just seven suites, four overlooking the castle courtyard where the long trestle breakfast table nestles beneath a huge canopy of vines, and three in separate outbuildings among the olive and rose trees, overlooking one of the castle’s two pools. Our suite is the romantically-named Il Giardino Segreto. It delivers on the name, with our bedroom – complete with a four-poster – on a suspended mezzanine over the lounge, off which is? our own, private, secret garden. The room is flawlessly furnished with idiosyncratic pieces from a range of periods and both hemispheres. It’s like staying in the home of someone with very, very good taste.

And it is a home. Aurora Baccheschi Berti lives here, with her winemaker husband Carlo. In the library you can spot photos of the family – they look so glamorous they could well be adverts for couture or very expensive watches. Aurora, with her charcoal-grey bob and ready laugh, is an unobtrusive presence. With a background in fashion, her impeccable eye for design is reflected everywhere. She’s an accomplished chef with her own cookbook, and offers personal cooking lessons in the castle kitchens, using fresh ingredients grown in the gardens. I’m a domestic dunce, but with Aurora’s patient tuition, I turned out fresh pasta and a stuffed veal dish, which we ate for dinner that evening, at a table under the stars, atop the castle battlements, with a bottle of Carlo’s Brunello.

This is Tuscany at its most relaxing. It’s terribly tempting not to leave the hotel at all. With cooking lessons, a spa with a yoga instructor, two pools to sunbathe by, and our secret garden, I didn’t even get the chance to make a start on any of the fascinating-looking books Aurora has thoughtfully left around the place.

But there’s a reason fly-drive is by far the most popular type of holiday in Tuscany. The countryside is a slow-motoring dream – quiet roads wind through fields of vines, punctuated occasionally by the ascetic lines of a medieval monastery, a copse of poplars or one of those hilltop villages that appear to be constructed entirely from cobbles, fortified towers and old churches. Oh, and the compulsory family-run trattoria, guaranteed to serve food and wine – of a quality that would make Jamie Oliver weep – for a few euros a head.??

And there’s Florence, one of Italy’s holy trinity of must-visit cities. Rome got the Pope, Venice the canals, but Florence – well, Florence had the florins.

You don’t need royal blood to know that cash is king. And when it mattered, Florence had it. During the Renaissance, powerful families, the infamous Medici included, shelled out fortunes to tell the world just how darn important they were. And their chosen billboards form the heart of today’s city, from the magnificent dome of the cathedral to Michelangelo’s David.

The amount and quality of historically significant art and architecture in Florence is mind-boggling. But the main joy is that you can be terribly lazy and still appreciate it. Yes, if you wish, you can spend days examining every masterpiece in the Uffizi Gallery and compare and contrast a host of churches. Equally, you can purchase a gelato – go to Grom, just south of the Piazza Del Duomo, and get their signature flavour – and wander the streets, dripping melting cream from your chin and occasionally exclaiming how beautiful it all is.

And the beauty isn’t just in the paintings, the sculptures and the buildings. Fashion and Florence are synonymous. Gucci, Pucci, Ferragamo and Cavalli all have vast stores selling to their home crowd, but you’ll be hard-pushed to find a major designer without an outlet among the city’s well-heeled streets.

Florence, though not small, is manageably sized, even in heels. Stay somewhere central, like the stately but understated Savoy Hotel (review, page 63), a Rocco Forte property, and you can walk everywhere you’d want to be. If bustle isn’t your thing, there’s Fiesole. Overlooking the city, it’s been a playground for the rich since the 14th century. Now, it’s where you’ll find Orient-Express’s Villa San Michele and the stunning Il Salviatino (review, page 63). The latter, once a hunting lodge, then an Italian outpost of Stanford University, is now a rather wonderful best-of-both-worlds hotel, with extensive, tranquil grounds, and a free shuttle bus ferrying guests the 15-minute journey into central Florence.

Tuscany has variety in spades. Not just in terms of what to see and do – although with cities, coast and countryside, it’s got the lot – but when it comes to accommodation too. Villas of every standard; rural agro-tourism; hotels bearing the liveries of international brands; small one-off boutiques run by friendly families – the only real challenge is choosing. Citalia purchasing manager Heather Green reports success for two very different, recently contracted properties: the exquisite Relais Santa Croce in central Florence, and the rural Castel Monastero, where facilities include 16 acres of grounds, a Gordon Ramsay restaurant and tennis courts.

Wherever clients stay, they’ll be hard-pushed to find somewhere that isn’t very individual and very Italian. Tuscany delivers what we Brits love about Italy – an experience that is comprehensive and all-embracing. We don’t go to Italy to lie on a sun-lounger in a hotel and eat sushi one night and enchiladas the next. We go to eat homemade pasta, to drive open-top cars past rows of vines, to sit in pavement cafes with our sunglasses on – generally to pretend that we’re Italian and carefree rather than British and uptight – just for a week. Though if they’ve any sense, your clients will make it a fortnight.

PERSONALISING TUSCANYTuscany’s an easy sell. The challenge is to find unique experiences that will allow clients to find a little bit of Tuscany that feels as if it’s all their own. Hotels can help. Castello Di Vicarello offers cookery classes and wild boar hunting; Il Salviatino provides painting classes and super-car tours; and the Savoy Hotel lays on a personal shopper for a day in Florence. But for the ultimate in exclusivity, try Bellini Travel. The specialist operator can tailor-make every aspect of the holiday, and has exclusive villas on its books. Even if your clients are staying somewhere more mainstream, its well-connected staff can pull strings to make magic happen. Bellini’s Rosamund King suggests:- A vintage car treasure hunt around the Val d’Orcia ending at Sesti’s for wine-tasting in front of a chapel.- A private dinner in the gardens of La Foce estate (pictured) followed by a classical music concert.- A tour of artisan workshops.- A private visit to the Uffizi gallery and the Vasari Corridor.- Lunch in a palazzo on Siena’s Campo followed by the very best view of the Palio horse race.bellinitravel.com

Hotel Castello di CasoleThis converted 10th century castle (above), opening in May, looks set to compete with the larger luxury properties on the market. There are 41 suites, 14 with private gardens, all set within a 4,200-acre private estate, with a chapel perfect for weddings.

Hotel Borgo San FeliceWhen a castle just isn’t enough, suggest this Relais & Chateaux resort – it’s an entire 8th-century village surrounded by a vineyard. Some of the 29 rooms and 17 suites are in the palace, others in houses around the square.?Villa BordoniThis small, 10-suite property run by a Scottish couple has been one of Bellini Travel’s sure-fire successes. “From honeymooners on the trip of a lifetime to billionaires, everyone adores it,” says the operator’s Rosamund King.