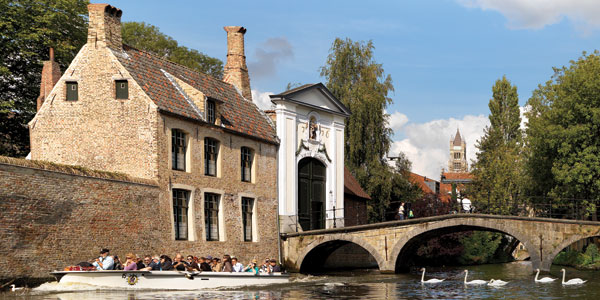 “F***ing Bruges.” Those of you who have seen the Colin Farrell film In Bruges will understand why I can’t divorce those two words. The 2008 movie is a bizarre and brilliant black comedy crime thriller with hitmen, guns, a dwarf – and a torrent of foul language.

Watching one of the most beautiful cities in Europe being bombarded with a stream of the English language’s least beautiful words is unsettling but addictive viewing.

But however many times the protagonists repeated “f***ing Bruges” and “Bruges is a sh*thole,” the Unesco World Heritage Site in the background continuously and quietly defies them.

The film is the reason I went. It’s also the topic of many conversations overheard at hotspots such as the base of the Belfry in the city’s main square (Markt), in the queue for the must-do canal tour, even in whispers at the supposed-to-be-silent almshouses.

Moments after turning into Bruges proper, I am struck by the type of gut-churning self-consciousness one might feel attending a masquerade ball in jeans and a T-shirt. Driving my Ford Focus on the cobbles, past the cello-playing buskers and tourist-laden horse-drawn carts I seriously contemplate abandoning ship and dashing into one of the city’s 50 or so chocolatiers to hide. And snack.

Snacking is a key part of the Bruges fun. Waffles washed down with one of a thousand beers you’ve never heard of. Pancakes with a side order of hot chocolate.

Moules and chips for lunch if they’re in season. And for dinner I’d recommend Den Dyver. It would be a failed trip without eating five times a day. But the good news is that you’ll burn off all those calories by walking and cycling between the wealth of impressive museums, buildings and art galleries. And if you’re feeling particularly bloated, Holland is an hour away by bike.

But frankly, it would be a shame to waste any time outside the walls of glorious, f***ing Bruges.

HOTEL DE ORANGERIE A SMALL LUXURY HOTEL OF THE WORLD 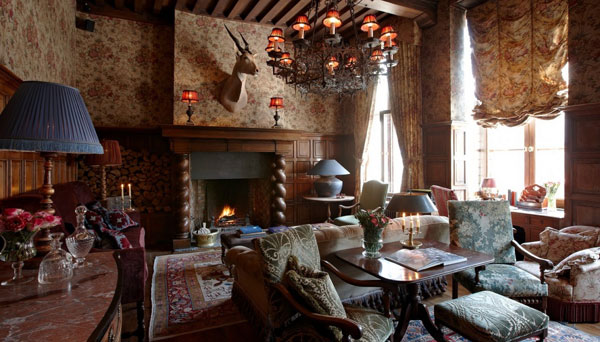 In a place as ridiculously pretty as Bruges it would have been all too easy to Cath Kidston-to-death a hotel in the pursuit of kitschy perfection.

Hotel de Orangerie, in its postcard-ready Den Dyver canal-side location, with an ivy covered visage and enormous barn door entrance (originally designed for a horse and carriage), could easily have spiralled out of control at the hands of slightly overzealous designers. But, praise be, it hasn’t.

The floors of the former 15th-century convent creak gently as you move through reception and up to your room. It’s dark but not gloomy, sedate but not stale, enclosed but not claustrophobic. It’s your grandfather’s favourite chair that you weren’t allowed to sit in. But now it’s party time, and you’re deep in its decades old embrace in front of a crackling fire.?

For the walk from check-in to bedroom I was chaperoned by the friendliest man I’ve ever met. By the end of the journey I knew the history of the hotel and felt part of the family of this 20 room treasure. But the moment the door closed the rest of the world disappeared. A room like this comes with an unspoken promise of privacy without the need to display a ‘do not disturb’ sign.

The rooms are all different, but not in a themed fashion. Their differences are, I suspect, more as a result of furniture, fixtures and art being added one by one by someone with good but eclectic taste. The effect is of magnificently couture chaos that, like a busy masterpiece, somehow blends and makes sense in a way that your brain is able to appreciate but not understand.

As one would hope with a small hotel, breakfast was never heaving. Those in attendance appeared to feel no need to gobble up their food and get cracking with sightseeing. This was partly because the food was so good, partly because the best of Bruges is only about 10 paces away.

On the terrace, just the canal separates you from the hordes, many peering enviously as you sup beer or hot chocolate, coveting some of the city’s finest waterside seats.