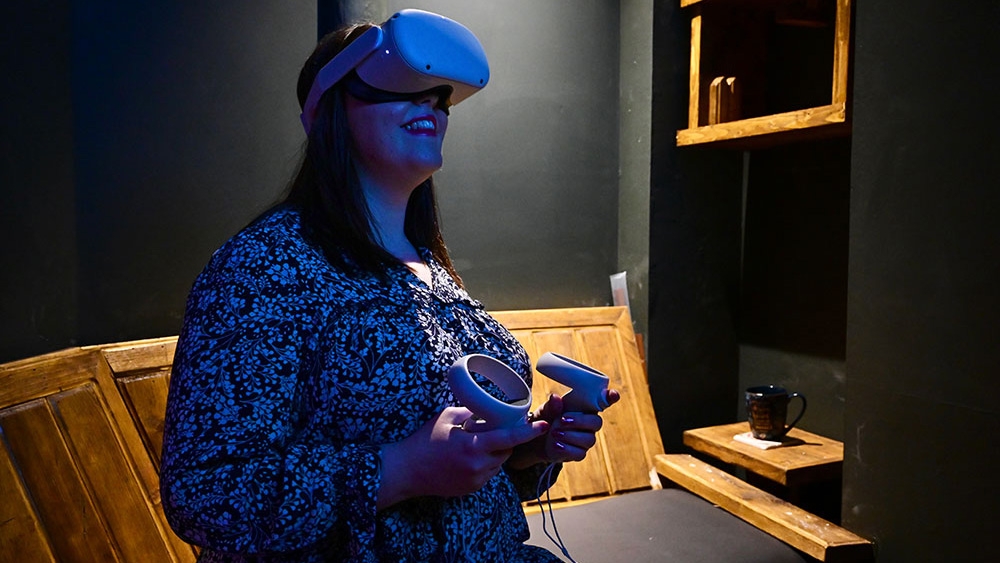 A new luxury travel agency in York is harnessing the power of virtual reality to enhance its customers' booking experience.

Heritage Collection Travel opened on Goodramgate in the city centre earlier this month, featuring a cinema room where an Oculus Quest headset will transport clients to prospective destinations like the Maldives and Africa.

Owner Michael Davies, who has 14 years’ experience in the travel industry, said he wanted to make the shop “as immersive as possible”.

“I’d been seeing adverts for virtual reality headsets around a lot and I thought it'd be such a great idea to be able to use that as a sales tool,” he said.

“I thought honeymooners [in particular] would love to come in, have a drink and watch a couple of videos on the properties.

“There’s some great stuff on YouTube VR – [Maldivian hotel] Soneva Fushi has got this incredible thing where you put the headset on and you're welcomed to the resort and shown to your villa. There’s also a built-in video [on the headset] where you’re on the banks of the Serengeti and it actually feels like you’re there.”

Davies founded Heritage Collection Travel in July 2020 after being made redundant from his role as a sales consultant at tour operator Africa & Beyond.

The travel agent was originally based at co-working space York Hub, where he met three investors willing to help him open his first shop.

As well as the cinema room, the agency features a water fountain and living wall on one side and a print of a gondola station in Venice on the other, as well as a coffee table made from a former piece of York Minster stone.

“One side is all about the natural heritage of the world and the other one is all the cultural heritage and then we've got the York Minster stone bringing it all together,” Davies said.

Despite being open for less than two weeks, Davies’ shop was one of four travel agencies to win a recent luxury window competition by Jet2holidays and Indulgent Escapes. He won a marketing campaign up to the value of £5,000, which Davies intends to spend on an opening event for the shop, and a place on an Indulgent Escapes fam trip.

“I always envisaged that I would be online and a homeworker with a desk space, which is a fantastic model, but it almost feels like since we've got the shop it’s supercharged things,” Davies said.

“Now is the time for a travel agency. People want value but [with] service and protection. They want to be made to feel like their holiday is exceptionally important, which it is, and I don't think they get that same experience booking [online].

“We can be competitive enough now whilst still being able to show our worth. People are beginning to understand that you don't get the same experience from clicking and booking and it's not worth any difference in price.”

Davies, who is already busy with both bookings and enquiries, aims have two members of staff before the end of the year. He also has dreams of turning Heritage Collection Travel into a chain and opening branches in other affluent locations around the UK.

“Travel is such a passionate thing for both the seller and the customer,” he said.

“The whole point of the shop was getting that passion, service and excitement back to booking a holiday. A house, a holiday and a car are the big three things so holidays should be treated as being as special as any of those other purchases.”