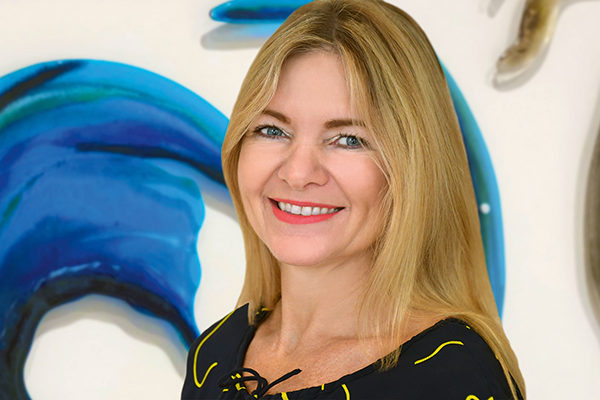 Q. How have sales been so far this year?

It’s been challenging – nobody can say it’s been an amazing year. We’ve had fantastic months and we’ve had terrible months, so it’s been a real roller-coaster. Overall, we’re at 5% growth for the year across the company.

Q. How important is the trade to Elegant Resorts?

I really believe in agents and supporting them to be the very best. At the moment, trade sales make up about 25% of our business, so it’s quite small, but we haven’t had a really strong, active drive for quite a few years. We’ve brought in Jon [Hardcastle, head of agency sales, who joined earlier this year from ITC], who’s really well-known and respected in the trade. And we’ve identified the best people in our sales team for dealing with agents, so we now have a dedicated agency team.

Q. What other tools do you have to support agents?

We’ve just launched our new magazine and in November, we’ll have a print version for agents. We’re also going to have a digital one that we can white-label for some of our top partners. We’ve brought back brochures and we have agent versions of those too. We’ve got Beach & Beyond, which is all about luxury beaches, but with experiences and itineraries thrown in; and Family Adventures, which is a selection of luxury beaches for families with exclusive offers for Elegant clients and our agents. In early October, we’ll have our first tailor‑made and touring brochure. We’ve also increased the number of fam trips from two a year to five.

Q. Which destinations are selling well?

Europe started off terribly but actually we’ll have growth this year which, considering Brexit and exchange rates, is pretty good. We’ve had a particularly good season for Italy and the Balearic Islands. We’ve got growth in the Caribbean, where we’ve put a lot of emphasis on developing the smaller islands. It’s our homeland and it’s where we started, so it’s really important to us. We’ve also had significant growth in Asia, Australasia, Africa, the US and Canada. They’re smaller destinations for us, so we’ve put a lot of work in to developing them and that’s starting to pay off. In terms of new destinations this year, we’ve launched Japan, Rwanda, Costa Rica, Kenya, Tanzania and Corfu.

Q. What initiatives do you have in place to deal with the effects of Brexit?

We’re adding a lot more value to what we do so we’ve done a lot of work on tactical offers this year to stimulate the market and be more competitive. We’ve been contracting lots of value-added offers – usually a minimum of three for all of our preferred properties, so you’re getting things like room upgrades and free meals. The luxury segment is always a lot more stable because there’s money, but people aren’t silly and they want the deal and value.

Q. You bought agency Travel by Design earlier this year. What effect has this had on the business and can we expect further acquisitions in the future?

It’s doing pretty well. We didn’t keep the shop, so it’s run from [Elegant’s head office in] Chester. We’ve been doing a lot of activity with the client database and events around Alderley Edge [where the shop was based] to engage with them. We always knew we wouldn’t be able to keep all of the customers because we’re not in the village anymore, but lots of customers have booked again. It’s also given us a retail brand that existing customers can book through – if they wanted to book a Kirker holiday or an escorted tour, we can do it through Travel by Design. We don’t have a big strategy to buy more – possibly [we might] if opportunities come up – but Travel by Design was just an opportunity. Kristina and Irene [Hulme] were retiring and they wanted to put their business in good hands so it’s important we do them proud.

Q. What does the word luxury mean to you?

It’s about a seamless service where customers don’t even have to think. But it’s the personalisation that makes it stand out, which is really understanding the client, what they love and any particular things they really enjoy. It’s the exclusive access, using guides that will get them to places they can’t normally get to, and adding value. They don’t want to feel part of the masses; they want to feel like it’s an exclusive experience.