Virgin Voyages to replace Havana with new port of call 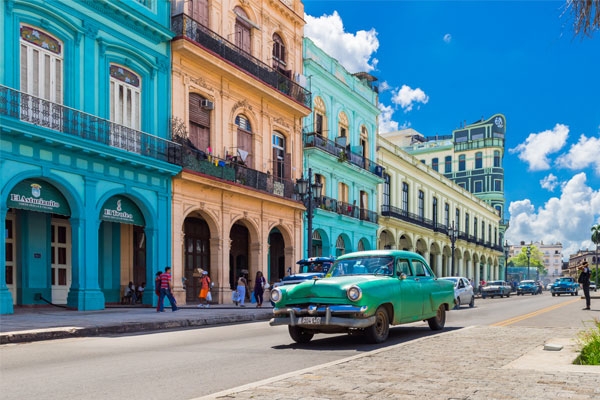 Virgin Voyages is set to ditch Cuba from its itineraries after the US government banned cruise lines from the island.

The yet-to-launch line last year revealed Havana would be an overnight stop-off when debut ship Scarlet Lady launched in 2020.

The US government said its new policy was intended to “keep US dollars out of the hands of the Cuba military, intelligence and security services”.

Virgin Voyages has now been forced to issue a statement to agents announcing it would have a new port-of-call to replace Havana next week.

The statement read: “The Virgin Voyages crew is hard at work making necessary adjustments to any affected sailings that feature a stop in Cuba next year.

“Virgin Voyages will be announcing and opening sales on adjusted voyages featuring a new destination early next week.”

In a statement, Oceania Cruises also told agents it would also remove all Cuban ports of call from its itineraries.

Oceania Cruises is in the process of contacting all booked guests and have contacted travel partners with the following message: "We will begin issuing official itinerary change notifications to you and your clients next week.

“We will have some very generous pricing incentives on the new sailings to help you re-accommodate your clients.

“For those who did not have clients on Cuba sailings, stay tuned for those new itineraries and we would ask for your support in promoting to your clients.”

“It is a shame for the cruise industry,” he said. “A Cuba itinerary offers something unique for the customer. We have already had a number of agents ask us what is the alternative.

“It is not just cruise lines, but tour operators are also affected. We need to work with them and our customers to get a resolution.

“I think it is short sighted from Mr Trump.”

He called on the cruise industry to lobby the US government in a bid to reverse its decision.

Around 800,000 bookings are understood to have been affected by the move, cruise trade body Clia said.

“Every booking that we have going to Cuba has asked us whether their holiday is still going ahead,” he said.

“I have no doubt that we will be able to give them options in the next day or so.”