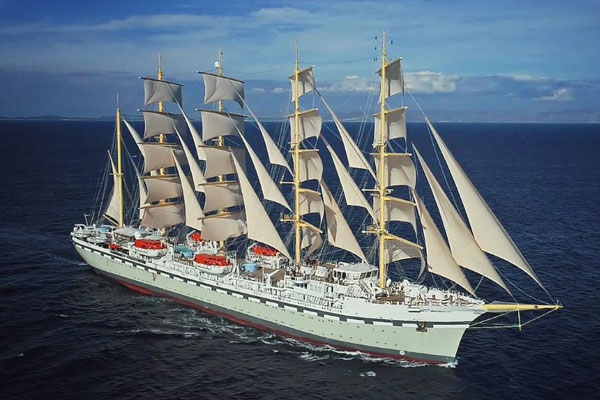 Golden Horizon will debut with an ex-UK programme from May 2021, before heading east, following the winds and tracking a course around the world.

The programme includes nine voyages departing and finishing in the UK, with seven from Harwich and two from Glasgow, between May and August 2021.

Highlights include a 21-night Midnight Sun voyage in June from Harwich to the Arctic, where the sun doesn’t set in summer, with cruise-only prices from £4,249.

Golden Horizon will sail an Arctic Adventure from Tromso, Norway, to several ports including Longyearbyen in Norway’s Svalbard archipelago and Honningsvag, the capital of the North Cape.

From September 2021, Golden Horizon will sail around the world. That journey includes a 15-night Bay of Bengal and The Malacca Straits voyage in November, from Sri Lanka’s capital Colombo to Thailand and on to Kuala Lumpur, Malaysia. Cruise-only prices start from £3,399 per person.

Golden Horizon will accommodate 272 guests and aim to sail without using engines for around 70% of each season.

The launch is backed by a promotional campaign ‘Powered by the winds of change’, which the company says highlights its commitment to sustainability and its promise to protect customers’ money.

All monies taken for bookings will be held in a trust account until holidays have been completed and full refunds or transfers to another voyage are guaranteed if sailings are cancelled due to Covid-19.

“Uniquely, all Golden Horizon’s voyages are planned on the basis of prevailing winds and currents around the world, often following the traditional trading routes and offering a real maritime experience,” said chief executive Stuart McQuaker. “The ship will appeal to active adults.”

Packages go on sale from November 2 and agents can book cruise-only voyages.