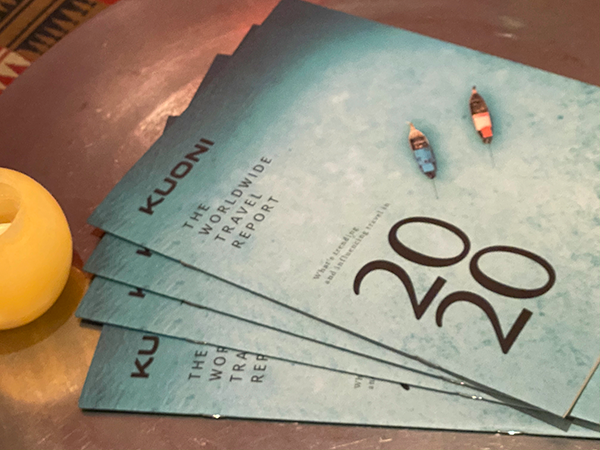 Sri Lanka is firmly back on the map for premium beach and touring holidays just under a year after last Easter’s terror attacks, according to Kuoni.

The island country ranked fourth in the tour operator’s top-selling destinations for 2020, a fall of only two places having come second in 2019.

The operator said Sri Lanka's steady recovery from the attacks, which killed more than 250 people and saw the Foreign Office advising against all but essential travel, was “a reflection of the country’s resilience and diverse appeal”.

“The good news is Sri Lanka is on the map again, it’s on the up,” said commercial director Wendy Kenneally at an event for the tour operator’s annual Worldwide Travel Report on Monday.

“We’re very hopeful that this destination will move up the table again because it’s absolutely unique in what it has to offer.”

The Maldives earned the top spot for the 17th year running, with Kenneally praising its geographical makeup, expanding infrastructure and wide-ranging appeal.

Hailed as a “steady favourite”, Mauritius jumped up to second from fourth last year, while Thailand ranked third and Bali moved up one place to come fifth – the first upturn in two years following a recovery from earthquakes in Lombok and the Gili Islands in 2018.

“It suffered last year but this year all of our main European destinations have jumped up spots in terms of popularity, so Europe is definitely back,” said Kenneally.

Elsewhere, Kuoni said it had seen a 10% increase in escorted tours, with particular growth in Vietnam jostling for first place with Japan and India.

The report also forecasted a rise in stay and cruise holidays in 2020, claiming the holiday combination is “more popular and innovative than ever” in the premium and luxury sector.

Rail and sail holidays were up, according to the report, fuelled by Alaska cruises twinned with a Canada adventure and continued demand for Japan.

Luxury expedition cruising teamed with escorted small group tours were also earmarked as a growth area by the company, which has added new Galapagos cruises for 2020 on Celebrity Cruises’ Celebrity Flora and Silversea’s Silver Moon.

The Nile was hailed as Kuoni’s number one spot for river cruising, with its best-selling itinerary, Jewels of the Nile, up 20%.

Additionally, family bookings have increased 10% year on year, while campervan road trips in the USA, African safaris and slow travel have also seen an upturn.

For pictures of the event, head to travelweekly.co.uk.