Silversea’s World Cruise 2023 sells out in one day 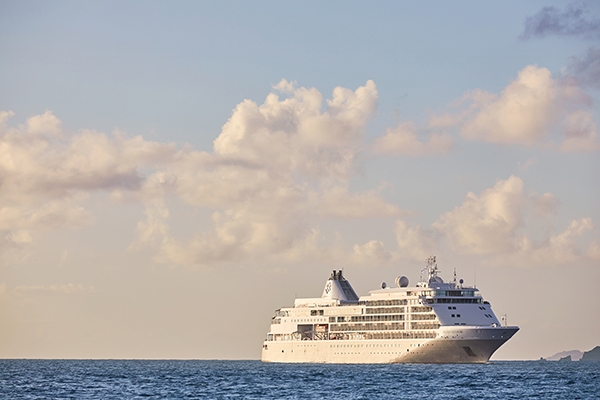 Silversea’s World Cruise 2023 has broken the line’s bookings records after selling out in a matter of hours on the day of its general opening.

The 139-day voyage, named South Side Story – All the World’s a Stage, will see Silver Shadow call at 66 destinations in 34 countries with a focus on regional music, art, theatre and dance traditions.

Roberto Martinoli, Silversea’s president and chief executive, said the line was "delighted to have seen unprecedented demand" for the cruise.

"The most successful World Cruise launch in the history of our cruise line, this triumph pays testament to the strong demand we are seeing in the market, particularly from affluent, sophisticated travellers," he said.

“I strongly advise our travel partners to be quick in adding their interested clients to the voyage’s waitlist, as Silver Shadow is sure to embark upon this remarkable itinerary at capacity.”

Guests travelling aboard the World Cruise 2023 will depart Sydney on January 10 and arrive in Fort Lauderdale on May 28.

The itinerary includes destinations such as Papua New Guinea, Mauritius, Reunion Island and Cape Verde, as well as 10 days in Tasmania and New Zealand, three days in Myanmar and a week in South Africa.

For the first time on a Silversea World Cruise, the recently refurbished 388-guest Silver Shadow will also sail the Amazon River.

The cruise includes Business Class flights, private transfers between a guest’s home, the airport and the ship, a Bon Voyage reception, dinner and overnight accommodations aboard the ship and complimentary shore excursions in each port.