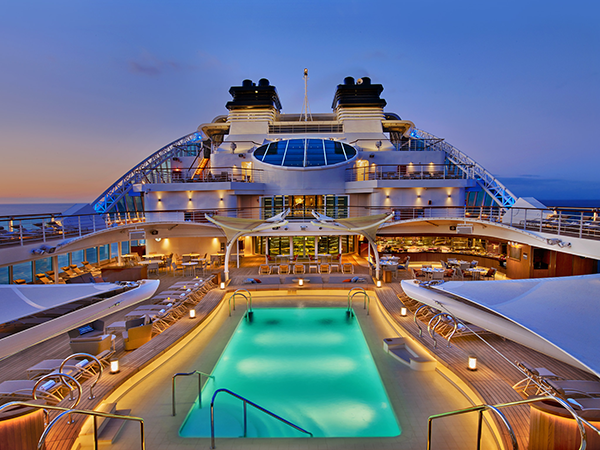 Seabourn’s global sales boss has stressed the importance of supporting the trade, stating that the luxury line is “reliant on the health of the travel advisor”.

Chris Austin, the brand’s senior vice president of global sales and marketing, said his team had always been “ardent supporters” of the agent community, with the ultra-luxury sector particularly reliant on the trade.

Speaking on a Clia webcast with Travel Weekly editor in chief Lucy Huxley, Austin said the brand’s support of agents was proven by the fact Seabourn is paying commission immediately on bookings paid in full by July 31.

If a client pays their balance for a new or existing booking by July 31, the line has committed to paying the agent their full commission at that time.

The agent incentive is tied into a client promotion which offers a saving of 10% for those who pay in full. Austin said the offer was working as the line had seen its strongest week for 2021 bookings since before the Covid-19 crisis took hold.

“We’re reliant on the health of the travel advisor, so it’s in our very best interest to support them,” Austin said.

Austin advised agents to “fish where the fish are” when it comes to targeting clients, and said he would focus on those who have a “level of comfort” around cruising again.

He said: “Definitely start with your database of cruisers. If you meet some resistance, I would say move on quite fast and don’t spend hours or days trying to convince somebody who has been a loyal cruiser who says ‘I don’t want to cruise now’.

“Move on and try to target those people who have a level of comfort.”

He stressed that clients who are still dreaming about cruises, but aren’t ready to book, shouldn’t be pressured or forced into doing so. Instead he encouraged agents to “feed their dreams” and share videos about the product and destination to whet their appetite.

He added: “If they're actually in the planning stage, the jump from planning to booking could be closer than dreaming to planning – there’s an opportunity there.”

Austin said the Future Cruise Credits that clients were given for cancelled sailings should be seen as a “golden ticket for the travel advisor” because they simply need to follow up and book the new voyage when the client is ready to do so.

He said some clients were spreading their credit over several voyages and others were adding additional family members and booking second suites. “We’re being very flexible with the use of FCCs,” he said. “And of course, we’re paying commission on FCCs, so, we’re paying the commission twice with the whole focus of supporting the travel advisor.”