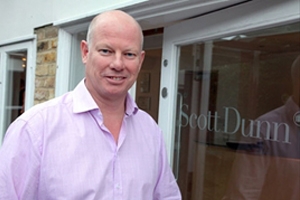 Building a third runway at Heathrow should be top priority to stop UK businesses being left behind by European competitors, according to the boss of luxury operator Scott Dunn.

Founder and chairman Andrew Dunn says the government should not only approve a third runway, but also actively start planning for a fourth runway at Heathrow too - and a second one at Gatwick.

Speaking to the Daily Telegraph, Dunn said: "What irritates the hell out of me is that the UK is losing out to other European hubs such as Amsterdam and Madrid and Frankfurt.

“People and businesses are bypassing London entirely because it is more expensive."

He added: "I fundamentally feel that we should have a third runway at Heathrow.

"If we had more runways it would become more competitive because we could get more aircraft in there, and it would less expensive for passengers and businesses to fly from the UK. Heathrow is a good hub, but if you look at how many aircraft are taking off, they are just one after another."

Dunn is furious at the endless prevarication taking place and says the government should urgently give the go-ahead to get on with building the third runway now.

He said: "I am cross at the pussy-footing around it that has gone on from one government to the next. Every government is side-stepping the issue. It takes so ridiculously long. We need to get a move on.

"We need to plan ahead. No-one appears to be planning long term in terms of the runways that we need, and Britain definitely needs a third runway and possibly even a fourth at some point.

“And I would also go one stage further and get a second runway at Gatwick, and couple it with a very high-speed rail link into London. Because then it would sort out the problem for the next 30-40 years."

Dunn said that those calling for a new airport to be built in the Thames Estuary or elsewhere around London are totally missing the point.

"It is madness to say we are going to build something brand new,” he told the newspaper.

“How long is that going to take? It is going to take an incredibly long time. Look how long it took to build Terminal 5 at Heathrow.

“The Chinese can build an airport in about two years, but we are not Chinese. It is going to be 20-plus years to build something new, in which time we will have absolutely lost our competitive edge at Heathrow.

“And who will pay for somewhere completely new? It will cost billions and inevitably passengers and businesses will have t