Rihanna kicks off second round of Barbados campaign 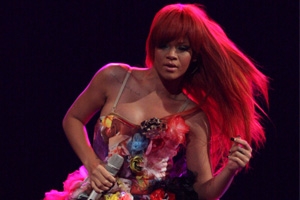 The ‘Inside Out’ promotion will run until the end of February 'to ensure that a record number of people can interact and be part of this totally immersive experience', according to the Barbados Tourism Authority.

It includes a brand video of Rihanna enjoying locations across the island including Six Men’s Bay where she is seen playing dominoes with local fisherman and Animal Flower Cave where she swims in an underground natural pool.

Future plans for the advertising campaign also include the launch of a microsite differentiating the wealth of experiences available on the island.

Users will be able to view outtakes showcasing the island, which will be revealed in bite-sized film clips – Barbados Moments – filmed during the Rihanna shoot.

Other elements include a Facebook app, which has launched with the invitation to US fans to share and win a Rihanna prize pack consisting of an autographed Unapologetic CD, a River Island t-shirt designed by Rihanna and a surprise gift.

The app, which will include UK-specific offers and information early this year, will have links to the microsite where clues will be hidden so that those wanting to win will need to visit in order to complete their entry.

The competition will be extended to Twitter to encourage fans to share the Barbados brand video with the proviso that each time they do, they are automatically entered to win via the app share functionality.

They will also be required to like http://www.facebook.com/VisitBarbados?as well as give email details.

BTA UK vice president Petra Roach said:? “We are really pleased with how our campaign has combined heritage with innovation to differentiate Barbados.

“As a?girl, I remember how important and significant these locations were to me and the idea of an ‘Inside Out’ campaign surely makes it possible for each and every visitor to experience their very own Barbados.

“This campaign, with its different elements, gives us the chance to launch on a variety of social media platforms which not only increases the size of the Barbados fan community but also does so in an o