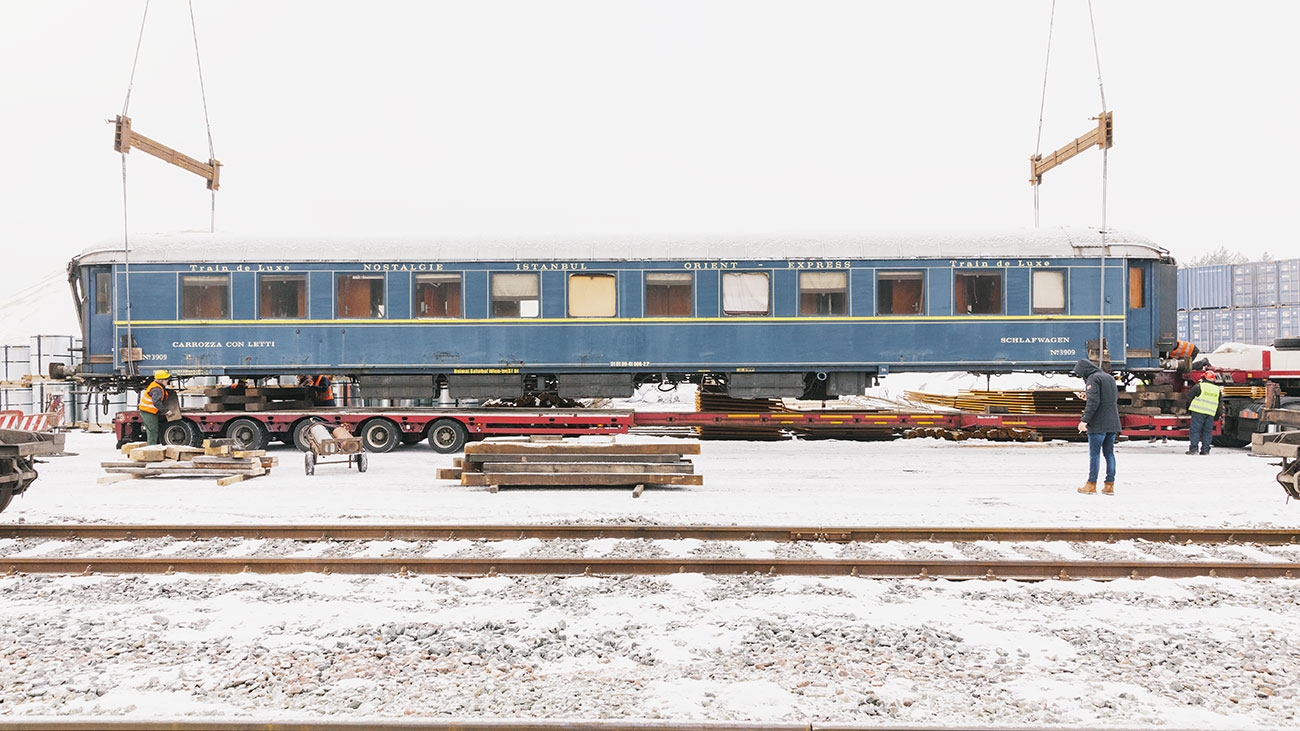 A new iteration of the Orient Express is set to be unveiled following the restoration of 17 original cars dating from the 1920s and 1930s.

The set of Orient Express cars, most recently known as Nostalgie-Istanbul-Orient-Express, will be renovated and refurbished by French architect Maxime d’Angeac before relaunching in 2024.

The Nostalgie-Istanbul-Orient-Express was sold to Orient Express in July 2018 following two years of negotiations.

The train originally came into service in the early 1980s after two entrepreneurs decided to resurrect the Orient Express brand, which was founded in 1883 and ran until 1977.

Despite its success, the Nostalgie-Istanbul-Orient-Express stopped service in the late 1990s and disappeared off the grid.

The train cars were rediscovered on the border between Belarus and Poland in 2015 by researcher Arthur Mettetal while he conducted a worldwide inventory of the Orient Express for railway company SNCF.

The train was well-preserved, with interiors featuring the same Morrison and Nelson marquetry and Lalique panels, emblematic of Art Deco style.

The set includes 12 sleeping cars, one restaurant, three lounges and one van.

The renovation of the cars will see architect Maxime d'Angeac reinterpret the decor of the Nostalgie-Istanbul-Orient-Express.

A statement from parent company Accor said more details would be unveiled in October.

"Reinventing the Orient Express of tomorrow from historical cars dating back to the Golden Age of rail travel has been nothing sort of an adventure,” said Orient Express vice-president, Guillaume de Saint Lager.

“It is a treasure that we have rediscovered: the last Orient Express, which disappeared for ten years and has now been saved. In just a few months, the talent and passion of Maxime d'Angeac and the best French artisans will reveal a train like no other, whose appearance will remain faithful to the memory and the Art of Travel according to Orient Express.

“The legend is back, and with it, a redefinition of luxury rail travel."

Architect Maxime d'Angeac added: "The rebirth of the Orient Express is a technological challenge, meeting scientific, artistic and technical criteria, where the entire project has been conceived as a work of art.

“Entrusted to the best artisans and decorators specializing in their unique fields, this embassy of French luxury will unveil a setting of absolute refinement, faithful to the art of tailoring. It will be an incomparable train travel experience, imagined through a contemporary vision of comfort and extreme luxury.”

The train is made up of modern carriages that emulate the Italian La Dolce Vita period of the 1960s and will complement two upcoming hotel developments in Italy: Orient Express La Minerva in Rome and Orient Express Venice at the at the Palazzo Donà Giovannelli, both of which will launch in 2024.