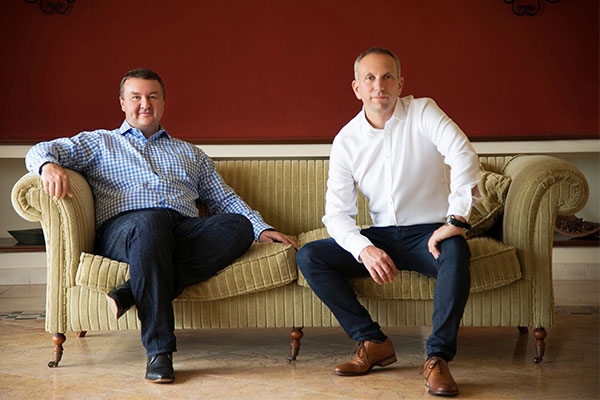 Homeworking agency Not Just Travel expects a booking ‘frenzy’ in the coming months, thanks to pent-up demand among British holidaymakers.

“Sixty-five million Brits have been locked up for seven months – there’s going to be a frenzy,” he said.

“Let’s not just talk about it and hope – make sure you’re ready to take advantage, that’s the key message that we’re giving people.”

The first virtual conference, held on Saturday (September 5), saw the company bring its entire corporate team and franchise network together for the first time since the annual conference in December.

The event was about NJT’s ‘New Normal’, said Harrison and co-founder Steve Witt.

They told agents how they have been investing in NJT, with plans to expand staff and upgrade the technology.

NJT has been recruiting for head office roles and experienced agents for a new division spearheaded by Cherie Richards.

The conference also featured mind and body coach Nic Wood, who gave a workshop about creating a positive mindset and building confidence.

Harrison said on the webcast: “This has been a very scary period for them. Now is the right time to get everybody together.

“Steve and I decided many months ago that we’re going to use Covid as an opportunity, rather than a big ‘doom and gloom’ – a chance to create our new normal.”

He said some agents told him they had lost their “mojo” and were scared of making bookings as they did not want the hassle of rebooking.

The conference gave Harrison and Witt the chance to outline the changes, such as streamlined communication channels and new operational procedures.

Both co-founders lost everything in the 2009 recession and hope their experience of recovery will inspire the agents.

“We didn’t have two pence between us, and look what we’ve created,” said Harrison.

“We’re trying to focus their mind on how they can make money.

“There’s a lot of money still to be earned – we’ve got franchisees who’ve done half a million-plus [in bookings] during Covid.”

He still expects a “sticky” period as agents may not earn much until 2021 when most holidays that have been booked are due to depart.

“We’re keeping people focused on the basics…do all your preparation, groundwork and calls,” he said on the webcast.

He said 2021 bookings are strong, and agents are also looking at late 2020 sales, for example at October half-term and Lapland breaks this winter.

Harrison admitted some agents have left NJT during the pandemic, adding: “There is attrition in every business and I relate it a little bit to coronavirus.

“How many people have died? You could say some of those people would have died anyway. We’ve lost some people over the last three or four months, but I think they would have come to the end of their business anyway.”