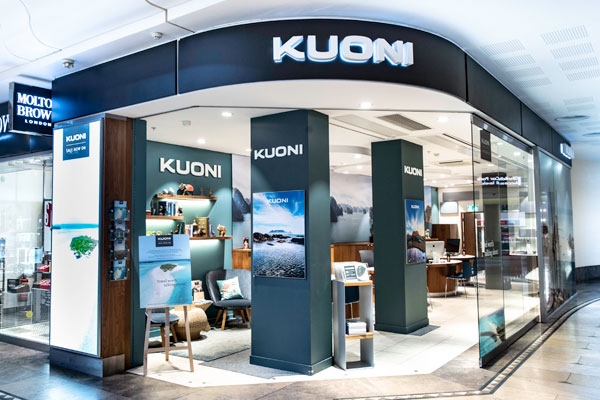 Kuoni has moved to cut the size of its store network as part of a strategic business review and recent staff consultation.

Eight stores where leases are coming to an end will be closed, including Lakeside, Bromley, Leeds, Windsor, Kingston, Stratford, Canterbury and Glasgow, leaving Kuoni with a retail network of 32 branches and concessions.

The lease on Kuoni’s London City store was transferred to another retailer earlier this year.

The size and scale of the retail estate has been under review as part of the company’s re-organisation.

Seven Kuoni concessions in John Lewis shops will not be re-opening: in Newcastle, Oxford, Leeds, Cheadle, White City, Trafford and Welwyn. John Lewis in Birmingham, where Kuoni had a concession, will also not reopen.

“A temporary, but prolonged reduction in demand for travel triggered by the pandemic, changing shopping behaviour and a growing confidence to use video apps to plan holidays online have all come into play,” the company said.

“It’s important to stress that a reduced store network was factored into the company’s strategic plans and all staff who were based in the affected stores will remain with the business.”

Of Kuoni’s high street and shopping centre stores, Guildford re-opened in July, and the company will be phasing the re-opening of its 20 high street shops over the coming months.

The company has already re-opened outlets within John Lewis in Aberdeen and Peter Jones in London and this will be followed by Norwich on October 7.

Concessions in John Lewis shops in Cardiff,  Chelmsford, Reading and Southampton will be re-opening on November 3, followed by Leicester, London’s Oxford Street and Cribbs Causeway in the future with an exact date to be confirmed.

Derek Jones, CEO of Kuoni parent DER Touristik UK, said: “Our immediate plan is that all staff will remain with us working from home in our virtual call centre which is working well.

“Needless to say though we are still operating in a very uncertain trading environment so we will continue to review our retail strategy with a view to making the Kuoni brand fit for the future and prepared to take every advantage of the opportunity as soon as demand for worldwide travel returns.”

Comment: We must stand together in support of the people of Ukraine