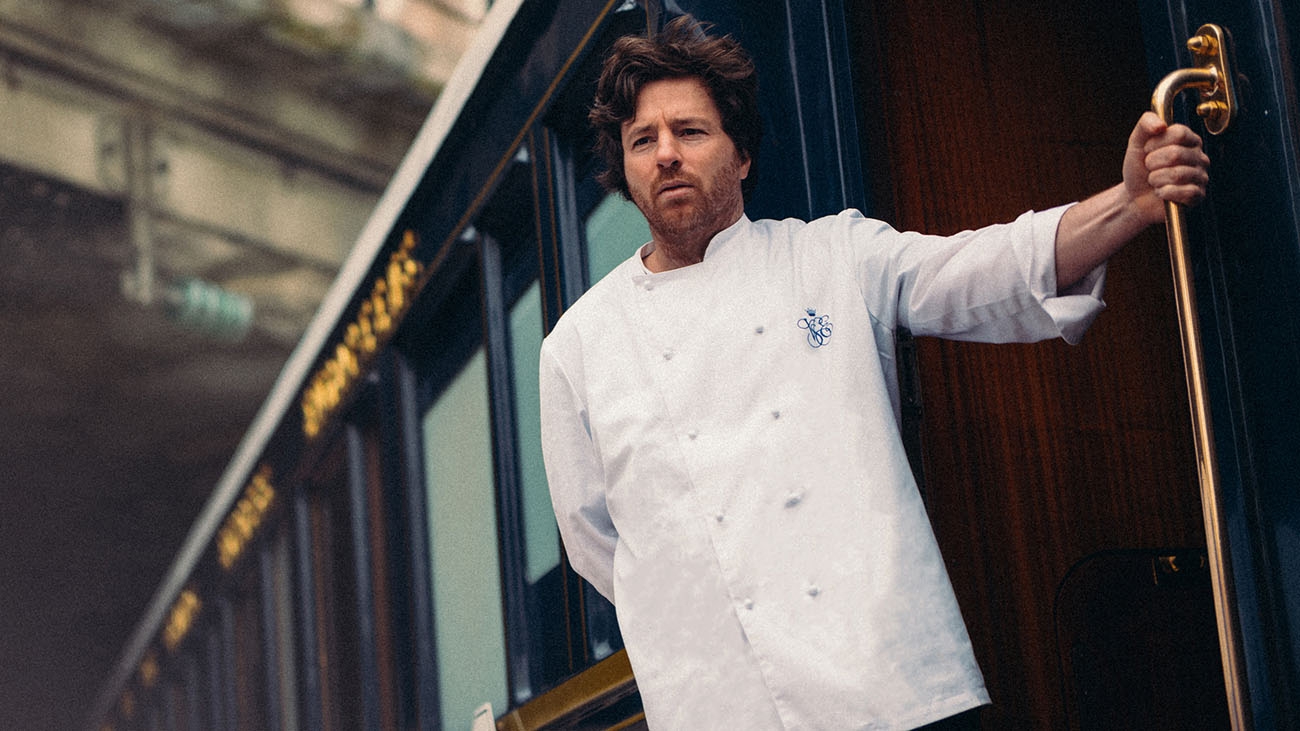 Belmond has signed French chef Jean Imbert to head up cuisine on the Venice Simplon-Orient-Express.

A statement from the brand said Imbert will offer classic dishes that blend the train’s gastronomic heritage with fresh, seasonal produce.

Imbert's new concept launches this week and spans the train’s culinary menus and experiences, including breakfast served in guest cabins, lunch, afternoon tea, canapés during aperitivo hour in 3674 Bar Car and dinner. ‘Cabin service’ will be available around the clock.

Classically-trained Imbert opened his first restaurant, Paris’s L’Acajou, at the age of 22 and won French TV competition Top Chef in 2012. He owns two restaurant concepts with Pharrell Williams, Swan in Miami and ToShore in Saint-Tropez and Ibiza, was enlisted to run LMVH and Dior’s flagship restaurants and in September 2021 took over from France’s most decorated chef, Alain Ducasse, at the Plaza Athénée.

“To be written into the story of the legendary Venice Simplon-Orient-Express is a childhood dream come true,” said Imbert.

“I genuinely feel as though the stars have aligned for me to have this once in a lifetime opportunity, and I am looking forward to sharing my deep passion for the train, through food, with our guests in this season and for years to come.”

“Sophisticated dining is a key pillar of the journey and our guests build special memories around the food they eat, from breakfast in their cabins, to the formal dinner on board. Jean Imbert is bringing a new level of culinary excellence - keeping the legend and mystery of the world’s most famous train alive.”