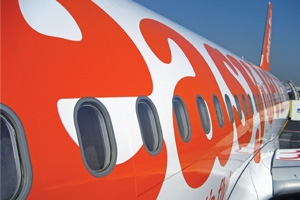 The budget airline has agreed to acquire 100 new generation Airbus A320neo aircraft for delivery between 2017 and 2022 and take options on a further 100.

“Whilst the announcement today will deliver a fleet of 276 aircraft by 2022, as of today, the new arrangements also give easyJet the ability to manage the fleet size to between 165 and 298 aircraft in 2022 depending on economic conditions and opportunities available,” easyJet said.

"Ultimately, Airbus offered us the best deal, and at a price with a greater discount to the list price than their landmark fleet purchase with easyJet in 2002.

"These arrangements combined with easyJet's cost advantage, leading network and compelling customer proposition mean that easyJet is uniquely positioned to be a structural winner in European aviation.”

The airline’s chairman John Barton added: "Since joining the easyJet board, I have spent a significant amount of time reviewing the rationale for ordering new aircraft and have been actively involved in the selection process, which I am sure has been robust and thorough.