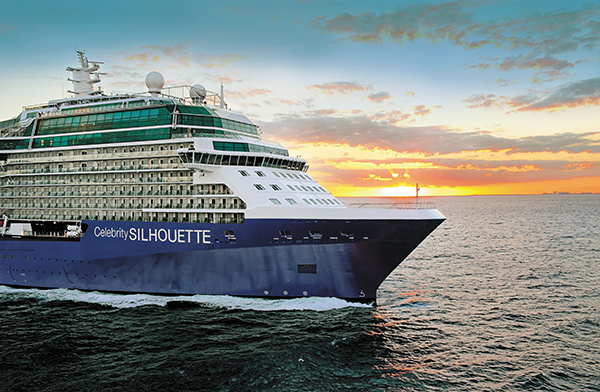 The boss of Celebrity Cruises says the brand “will not be the same” when it recommences sailing, as she revealed her team was working on an “exciting and forward thinking” strategic direction.

Speaking exclusively to Aspire, the line’s president and chief executive Lisa Lutoff-Perlo said her team remained “innovative” and excited for the future despite the current challenges the sector is facing.

“Our future is bright,” she said. We have a lot of fun things in store at Celebrity. When we emerge, it will not be the same as when we left. For us at Celebrity, we didn’t come this far to only come this far, so our plan is to get back to the future as quickly as possible.”

She said announcements around the brands new strategic plan were contingent on when the line is able to announce it is returning to service, which in turn relies on a change in the current advise from the CDC in the US, which currently has a no sail order in place until October 31.

She said the brand had been inspired by chairman Richard Fain, who often quotes Winston Churchill’s famous line: “Never waste a good crisis”, and added that her team decided not to waste the current crisis and to “get to work to think about our future”.

“The team and I have worked really hard on the new strategic plan for Celebrity. I can’t tell you anything about it yet because we have this whole thing planned, but we’re always thinking about our future, and we’re very innovative and we keep trying to move forward. I’m so happy we did this because it has given our entire brand and organisation something really positive and wonderful and exciting to rally around.”

When asked what her hopes are for the brand recommencing sailing in the US this year, Lutoff-Perlo said she was felt the industry was “pretty optimistic”.

Her comments come after the heads of five cruise brands met with the White House to discuss steps being made to get the cruise sector sailing again.

“The call was to continue to give more details around everything the industry is planning to do that so at some point in time, we can move forward and get back sailing again. We’re waiting for that though, and no decisions were made so we’re still in a holding pattern and we’re hoping that over the next weeks we will have made some good forward progress.

“I think it’s been widely reported that the CEOs of the cruise companies on that call, which are all Clia members, left feeling pretty optimistic.

“It’s been a long seven months, as we all know. Those of us who are in the travel industry will know that. The cruise industry has been hit really hard but we know that this can’t go on forever. We need to see forward progress.

“There's a tonne of pent up demand and people are just sick of being locked up and so you know we're hoping the combination of those two things brings us some good news soon.”

Silversea ‘on the lookout’ to recruit new luxury agents