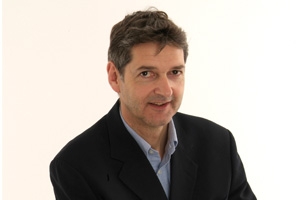 Infrastructure weaknesses will hinder how much the global travel industry can benefit from Asian growth. Ian Taylor reports from the WTTC Asia Summit in Seoul

Asian travel and tourism, led by China, will grow faster than the rest of the world and outstrip global economic growth in the next decade.

But that won't mean a vast increase in numbers of Chinese and other nationalities visiting the UK or a huge leap in long-haul visitors to China.

United recently won approval to begin flying to Chengdu in southwest China, and British Airways will begin flying there next week. Mueller said: "Chengdu's infrastructure is remarkable. [But] the airports in Beijing and Shanghai need to improve.

He added: "China's air traffic control does not allow us to operate the service we would like, although it's worse for Chinese airlines. There is room for improvement."

Mueller said there are increasingly fewer restrictions on regional air routes, but added: "There isn't 'open skies' in China."

China's distance from Europe and the US will also limit the size of the air market. Mueller said: "The biggest challenge is the price of oil. It makes us careful about where we fly and with what aircraft. Most of the barriers to United in Asia are the distance. It's just not economical [to fly]."

There are similar challenges in the cruise market. Carnival Asia chairman and chief executive Pier Luigi Foschi said of China: "Infrastructure is important but not sufficient. What we need is integration ? of airports, roads and cruise terminals ? so customers can find their luggage on a ship when they board. At the moment customers [in China] must carry their own luggage on to a ship."

He added: "It's not only about ports but about destinations. The Caribbean is not known for its cruise terminals but for its attractiveness as a destination, and there is work to do [on this] in China." Carnival plans rapid expansion in the region. Foschi said: "Our expectation is to have 3.7 million Asians cruising by 2017 and seven million by 2020 -? 20% of the world market."

However, he said growth in Asia as a destination from the US and Europe would be limited. "People's holidays tend to be short and Asia is a long-haul destination, so the first requirement is to educate people to spend longer [in the region]."

Adam Sacks, president of Tourism Economics, a division of Oxford Economics, told the summit that growth in Asian tourism would "border on the exponential". However, domestic and regional tourism will account for most of the growth.