The spotlight is well and truly on Japan this year. Interest has been growing in recent years, with Joanna Lumley’s travel show pushing the destination up many people’s travel wish lists. And it’s expected that interest in Japan will reach boiling point this year and next with the imminent Rugby World Cup, followed by the Olympic Games in 2020.

Don’t let the thought of an exhausting 12-hour flight and the jet lag that comes with it put you off. The positives of visiting Tokyo far outweigh those factors. Here trains run on time, there is no litter and street crime is almost non-existent. And that’s because this dizzyingly big metropolis is made up of more than 13 million of the nicest and most courteous people in the world - they’re waiting to welcome you and your clients to Tokyo.

First timers might be nervous about venturing here. There’s not much written English to direct you (although that is improving) and the culture and etiquette is vastly different from that of the UK. But that’s exactly where agents come in, your knowledge will help ensure a client’s first trip to Tokyo leaves them awestruck by the neon-embellished craziness that awaits them. 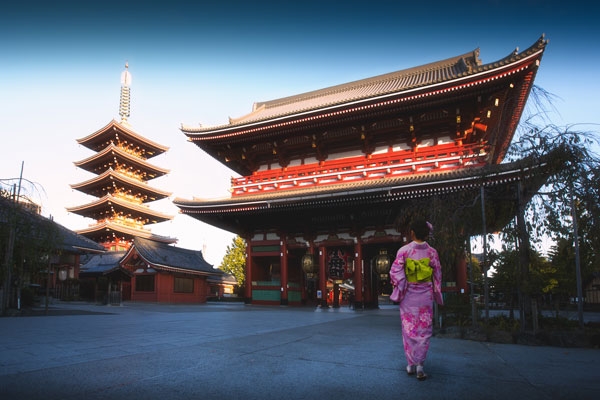 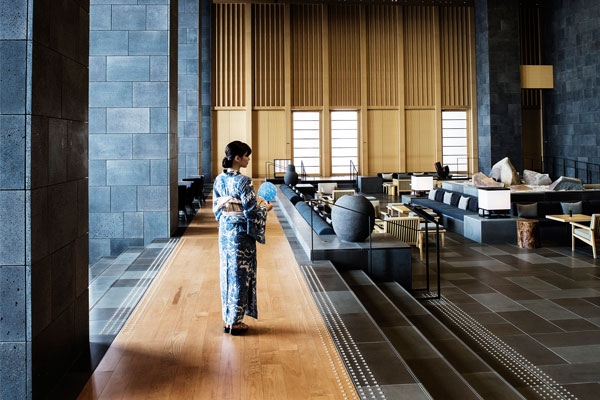 If you’re not already well versed in Japan and its major cities, now’s the time to get educated. The world’s attention will be firmly on the destination when it hosts the aforementioned major sporting events. And both events provide a big earning opportunity for agents who can tempt their clients to head far East to Japan.

Tokyo is as diverse as it comes. The city is the perfect mesh of old and new, with bright lights, skyscrapers and cutting-edge innovation, entwined with ancient monuments, sacred temples and charming cultural traditions.

One of the most talked about new openings of recent months was the Toyosu Fish Market which opened its doors in October, replacing the famed Tsukiji market which closed a month earlier. While not having the extensive history and clout as its predecessor, it’s still the place to go for the freshest fish. Later in the year an observatory will open for visitors to watch tuna actions. The outer market of the old Tsukiji market site, home to many established restaurants and shops, remains open.

If culture is your client’s thing. Recommend the Yayoi Kusama Museum, located in the Shinjuku ward, dedicated to the works of the contemporary artist of that name, known for her using dots and circle patterns within her artwork. Advance bookings are a must because currently there is a three-month wait list.

If it’s something out of the ordinary your looking for, Tokyo’s so-called ultra-technologists ‘the teamLab’ have created a digital art showcase called teamLab Borderless. Located in the Mori Building Digital Art Museum, this weird and wonderful exhibition also requires advance planning. Tickets are like gold dust. 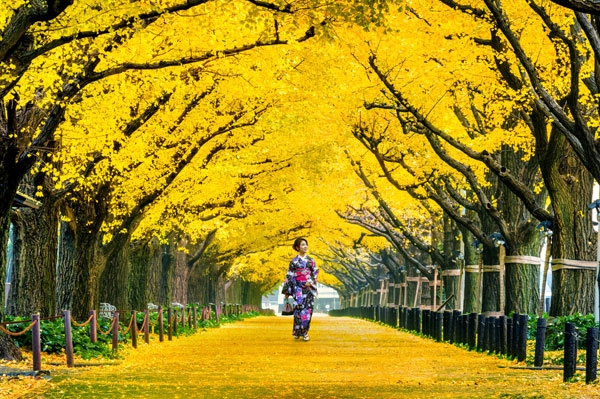 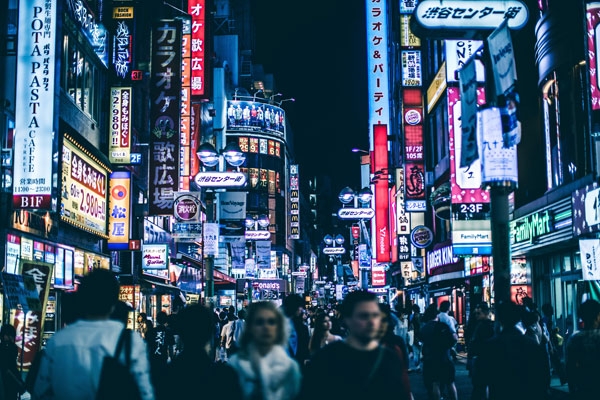 Tokyo has appeal year-round, but I’d recommend travelling in spring between March and April for the famous cherry blossom season or during the beautiful autumn months between September and November when the city is transformed by beautiful hues of gold and browns. Hot and sticky summer remains the peak season for tourists, so expect long lines at museums, fully booked venues and sky-high room rates.

You’ll find all your favourite brands in Tokyo – Four Seasons, Mandarin Oriental, Bvlgari and The Peninsula to name but a few. The choice here is vast!

The Park Hyatt Tokyo found between the 39th and 52nd floors of Shinjuku Park Tower, is where Bill Murray got Lost in Translation. A drink at the swankiest watering hole in Tokyo the New York Bar has become a rite of passage for most visitors to the city.

Occupying the 33rd to 38th floor of the Otemachi Tower in downtown Tokyo, is the sleek 87-room Aman Tokyo. The hotel is full of dot-com millionaires and affluent travellers who wants to experience the most exclusive brand in the world. Your first steps out of the elevator will take your breath away as the majestic garden reception soars five floors high giving a Japanese paper lantern look and feel. The spa here is the biggest in Tokyo, but it’s the majestic garden reception that will wow you, replicating a giant Japanese paper lantern you’ll feel completely immersed in the destination you’re visiting.

Capitol Hotel Tokyu is one of the city’s landmark properties, boosting views of neighbouring Imperial Palace and the Akasaka skyline. On a good day you can see Mount Fuji. The gem of this property is its staff, who will bend-over-backwards to help make your stay the best ever. In September, super-lux hotel The Okura Tokyo will reopen its doors after being demolished and rebuilt. It closed back in 2015. Famous for being featured in the James Bond classic You Only Live Twice, the property will have 508 rooms across two buildings in the Toranomon district of Tokyo’s Minato Ward. The word on the street is that these rooms will be the priciest rooms in the whole of Tokyo. 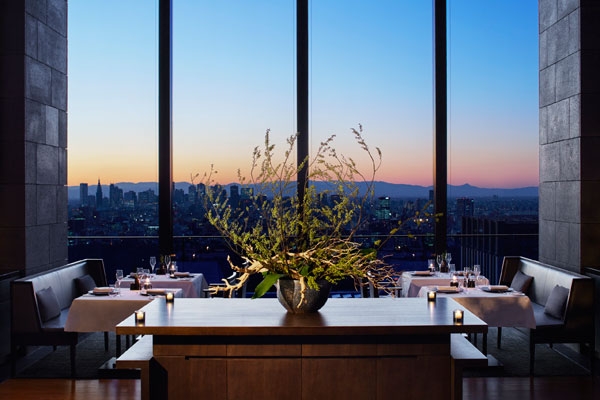 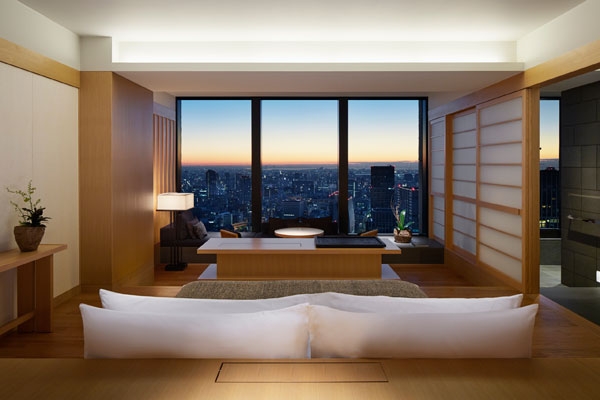 Most visitors head to the Tokyo Skytree to get their bearings. Standing at 634 metres high this television broadcasting tower is one of Tokyo’s must-see landmarks in the Sumida City ward. It offers the most spectacular views of Tokyo from two enclosed observation decks. Similar to the Skytree, Tokyo Tower stands at 333metres tall and is the city’s true icon, reflected in many Instagram backdrops.

For shopaholics with cash to splash head to the upmarket Ginza area where fashionable Tokyoites shop, eat and have fun. It’s home to brands such as Dior, Louis Vuitton and Chanel.

For something a little quirky head to the Harajuku area where you’ll be surrounded by cosplayers and some of the coolest boutiques around. The young at heart will enjoy driving Super Mario carts across the busiest intersection in the world – the Shibuya Crossing.

After you’ve experienced the modern side of the city, step back in time with a visit to Tokyo’s oldest Buddhist temple, Senso-ji, with its striking red five-story pagoda. An evening visit is recommended as the crowds die down and the temple is beautifully illuminated after dark.

If you just want to wind-down, head to the manicured gardens in Japan at the Imperial Palace, where the emperor still resides. You can’t get into the palace itself, but the view of the Chiyoda Castle in the palace grounds makes it worth a visit.

With 230 Michelin star restaurants dotted throughout Tokyo - more than any other city in the world – you won’t be short of options on the culinary front. You can’t go to Japan and not try its sushi. Three Michelin starred Sukiyabashi Jiro is regarded as serving the best in the world. Head to the Ginza district, but book well in advance or risk missing out.

When in Tokyo, David Beckham dines with the Magyumafia which operate a couple of members-only venues in the city. But fear not, they also have a new outlet which takes bookings from non-members. If you bag a table, try the Cutlet Sandwich.

For something small and intimate head to the Golden Gai area. Its countless cobbled alleyways are home to countless tiny dining venues and bars, most able to host just half a dozen guests at a time.

The Japanese tourist board is keen to encourage guests to head out of Tokyo to see more of the country. If you’re client wants to tour Japan, recommend they take advantage of the country’s brilliant train service and whizz themselves around this majestic country at great speed. 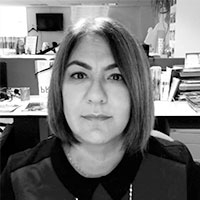 As the art editor and production editor of all Travel Weekly Group products, Flora is responsible for the visual style and images in our print publications. She also creates the overall design and supervises others working on the production desk. She has more than 30 years in the travel industry and has built up a great knowledge of the luxury travel sector.

Head to the hills in rural Japan

Feature: Land of the rising fun