Her Game is Rio

The world’s sporting eyes will be on Rio de Janeiro in August as the city hosts the Olympic Games.

The world’s sporting eyes will be on Rio de Janeiro in August as the city hosts the Olympic Games. Here, we look at hot spots elsewhere in the state for Games-goers seeking an add-on or for those without tickets eager to lap up a samba summer.

There are few more exhilarating things than spending a day in Rio. A city of immeasurable beauty, it dips and folds itself over a verdant landscape of undulating, tropical hills, encircled by great swathes of golden sand and lapped by the mighty Atlantic Ocean.

And that’s just its natural riches. Explore the street-food stalls of Avenida Atlantica, admire the art-strewn alleyways of Santa Teresa or dance until dawn in the samba clubs of Lapa to be truly seduced by this vibrant South American city. Later this summer, however, things are set to get even more exciting when the world’s biggest party – the 2016 Olympic Games – comes to town, from August 5-21. Undoubtedly, visitors to Rio will find no shortage of things to do in the city. But after lazing on the beaches of Ipanema and Leblon, hiking in the foothills of Tijuca Forest or taking in views from Sugarloaf Mountain, where next? As the fifth-largest country in the world, the choice of where to go beyond Rio can be a tricky one. Happily, your clients need not go far from the city to taste the nation’s flavours. The surrounding state, known simple as Rio de Janeiro State, offers the best of Brazil in microcosm, from off-the-beaten track island idylls to tropical beach resorts and mountain refuges – all of which means less time travelling and more time relaxing.

Ilha GrandeWhether your clients choose to catch the ferry from Angra dos Reis, Mangaratiba or Conceicao de Jacarei, the journey from the centre of Rio to the shores of Ilha Grande should take no more than five hours, making this barefoot island an ideal antidote to the Olympic bustle. With no cars on the island, wheelbarrows carry luggage from the port to hotels, most of which are situated in the village of Abraao. Here, a collection of simple pousadas, daubed in bright, tropical shades and hung with inviting hammocks, rest between a palm-strewn beach and a rainforest-clad mountain. Iridescent hummingbirds are a common sight, along with parakeets, toucans and monkeys. One of the best accommodation choices in town is Pousada Naturalia, which has 12 simple suites with sea-facing balconies. For clients who want more comfort, Journey Latin America marketing manager Laura Rendell-Dunn recommends the Sagu Mini Resort. “Rather than being in the main village, it’s a 10-minute walk away along the beach, with its own private jetty. The owner collects guests at the main port and whisks them across to the hotel, which is set on a secluded cove. It’s not luxurious, but rustic-chic.” Rendell-Dunn suggests three to five nights on the island, where activities include relaxing on beaches, hiking in the rainforest and dining on coconut water and fresh prawns at one of Abraao’s restaurants.She adds: “A real highlight is the beach of Lopez Mendes, which is considered one of the most stunning beaches in Brazil and can be reached by ferry. There are no bars or hotels along the shore, but the fact there’s nothing there adds to the paradise.” Getting there: Journey Latin America (020 8600 1881; journeylatinamerica.co.uk) offers three nights in Ilha Grande at the Sagu Mini Resort for £482, including breakfast and transport to/from Rio.

ParatyFounded in 1667 by the Portuguese, the colonial town of Paraty grew rich during the 17th century, when its port was used to ship gold across the Atlantic. Over time, however, Paraty’s popularity waned, until it was rediscovered by Brazilians as a simple fishing village in the 1950s. Now back on the up, it’s as popular with international travellers as it is with local tourists. That’s in large part down to its easy-to-access location - midway between Rio and Sao Paulo. This proximity, however, brings weekend crowds, so visiting between Monday and Friday is preferable. Although Paraty is positioned on a crystalline, fjord-like bay, at the heart of Brazil’s Costa Verde, it’s the town’s perfectly preserved colonial heart that’s the draw. Boutique shops, charming pousadas and atmospheric restaurants line a historic centre of 10 streets. Walls are whitewashed in the classic colonial style, with doors and windows splashed in bright tropical colours. Having travelled the world with Wild Frontiers, founder Jonny Bealby chose Paraty for his honeymoon recently. “Paraty is absolutely tailor-made for tourism,” he says. “The bay is lined with an untold number of beaches; you can simply find one that doesn’t have any people on it and pull up.” The most popular way of accessing them is by hiring a boat in the harbour, allowing clients to spend a day cruising the coast, with regular snorkelling stops.? “Instead of staying at a hotel, we rented a house called Casa Cairucu,” says Bealby. “It’s 20 minutes away from Paraty town by boat, on the opposite side of the bay, which means it’s completely cut off, though it still has the facilities – a terrace, hammocks, paddleboards and even wine.”If your clients prefer to be in town, Casa Turquesa and Porto Imperial Pousada are two smart-yet-historic options, done in the traditional Portuguese style. As well as boat trips, popular activities include hiking in the mountains and visiting one of the town’s cachaca distilleries, such as Engenho D’Ouro and Pedra Branca.Getting there: Wild Frontiers (020 7736 3968; wildfrontiers travel.com) offers four nights in Paraty at Casa Cairucu from £550, including a food shopping service, guided meet-and-greet, boat transfers and a private half-day boat trip or Paraty tour.

BuziosThe lively resort of Buzios – known as Brazil’s St Tropez – stands on a pristine peninsula, a three-hour drive from Rio. Once a small fishing village, it was made famous when Brigitte Bardot visited in the 1960s. The French actress even has a bronze statue and a stretch of the seafront boardwalk – the Orla Bardot – dedicated to her. It’s no surprise then that Buzios has become the go-to destination for Brazil’s fashionable elite over the past 50 years. But increasingly, a handful of in-the-know tourists are frequenting it too. Ideal for clients who want a little more buzz to their Brazilian break, it offers all the amenities one might expect of an upmarket resort, including boutique shops and restaurants along the main street of Rua das Pedras. The town has great nightlife and can get busy in January and February, when Brazilians go on holiday, but it’s kept its charm, says Vessela Baleva, Latin America product manager for Cox & Kings. “Many of the hotels are boutique, yet they have more facilities than one would get in either Paraty or Ilha Grande,” she says. “Favourites include the Pousada Vila d’Este, a short walk from the main street, and the whitewashed Casa Brancas Hotel & Spa, whose 74 restaurant is one of the best in town.” As with most of the hotels, both are built into a tropical hillside, with clifftop views of the bay below. Although Buzios is known for its nightlife, there are plenty of ways to get back to nature during the day. Highlights include visiting one of the peninsula’s 20-plus beaches by boat or hiring an open-top, Jeep-style buggy to tour the area by land.Getting there: Cox & Kings (020 3642 0861; coxandkings.co.uk) offers four nights at Vila d’Este with breakfast and private transfers to/from Rio from £395. 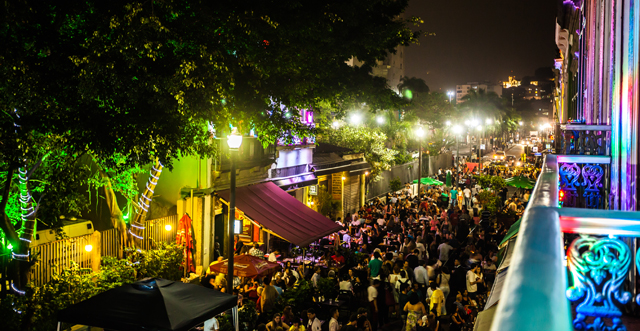 Where do the locals go? 1. “My favourite place to escape the city is Visconde de Maua, a beautiful area of valleys, around the villages of Maua, Maringa and Maromba. Just 120 miles from Rio, you can find a tranquil landscape of mountains, waterfalls and trails. The best place to stay is Pousada Casa Alpina in Maringa, a village on the banks of the Rio Preto. You’ll find good restaurants, such as Borbulha, on either side of the water, and two miles away is Cachoeira do Escorrega, a famous waterfall of the region.”Alex Feliciano, freelance guide for city tourist board Riotur (visit.rio)2. “I visited Petropolis for the first time four years ago. Known as the Imperial City of Brazil, it acted as the summer residence for royals during the 19th century. Set in the Serra dos Orgaos mountains, it is home to historical sites such as the Imperial Museum of Dom Pedro II, the Crystal Palace of princess Isabelle and the amazing home of aristocrat and aviation pioneer Alberto Santos-Dumont. You wouldn’t expect to find such a quiet place just 40 miles from Rio. A day trip is enough, but if you prefer to stay the night, I suggest the small and charming Pousada Tankamana.” Srdjan Prodanovic, designer of boutique guesthouse Villa No 174 in Santa Teresa (villa174.com)3. “I often say that only heaven is better than Arraial do Cabo. This beautiful beach resort is where I run to when I have some free time to enjoy nature and eat the best fresh fish in Rio de Janeiro State. Just 110 miles from the city, its beaches have translucent waters, white sand and an incredible variety of marine life, which is geat for scuba diving, with sea turtles a common sight. For the best freshly grilled fish, cooked in local spices, I go to Bacalhau do Tuga, Restaurante Meu Xodo and Pousada Caminho do Sol. Put simply, Arraial is a magical place.” Simone Almeida, chef behind Cook In Rio cookery classes (cookinrio.com)Books in BrazilFor clients with a bookish bent, recommend they visit Paraty to coincide with one of Brazil’s leading literary festivals. The colonial town is famed for its calendar of year-round festivals and Flip 2016, the Festa Literária Internacional de Paraty, takes place from June 29 to July 3.? Founded in 2003 by the English book editor Liz Calder, the event draws international literary names such as Julian Barnes and Michel Houellebecq. Filmmakers, cartoonists, historians, journalists and artists also appear in the Authors’ Tent, an auditorium next to the sea. flip.org.br

Let vibrant Rio de Janeiro get under your skin