Copenhagen should be at the top of everyone's city break wishlist. Erica Bush explains why.

Consistently voted one of the world’s best cities, and reportedly home to some of the happiest people on the planet, the secret to Copenhagen’s success is apparent as soon as you arrive. Beautiful locals glide about on bicycles, take revitalising dips in the city’s network of (wonderfully clean) waterways and dine at trendy little cafes, where organic, low-mileage produce reigns supreme. You’ll find world-class museums and Michelin-starred food, heritage attractions and modern Scandi architecture, and an impressive stance on sustainability: the Danish capital aims to be carbon-neutral by 2025. Effortlessly cool, intrinsically hygge and remarkably forward-thinking, a trip to Copenhagen is not to be missed. Here’s Aspire’s guide to getting it right.

A one-hour-and-50-minute flight from London, Copenhagen is easy to access year round. Large enough to house Europe’s longest pedestrianised shopping street but small enough to cycle from one end to the other in just 20 minutes, Copenhagen and its band of largely English-speaking locals tick a lot of city break boxes. The city is famously LGBTQ+ friendly and is set to host WorldPride, which is part of a 10-day festival called Copenhagen 2021. Copenhagen is also a wise choice for the increasing number of clients who value green credentials; the city’s vast number of initiatives – from the eight-mile Harbour Circle for cyclists and pedestrians to solar-panelled rental boats – is nothing short of extraordinary. 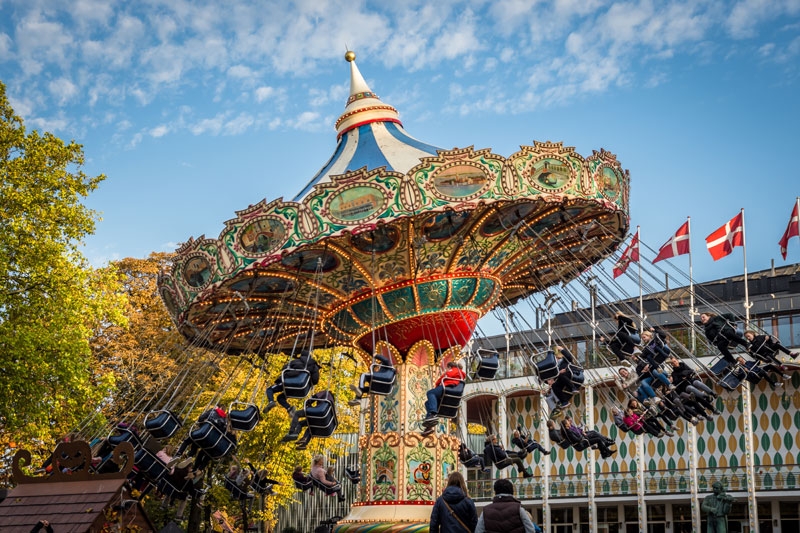 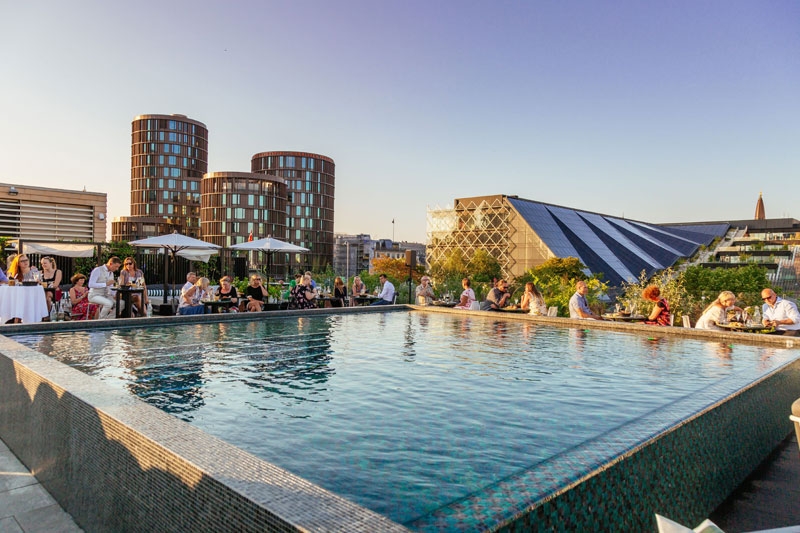 Copenhagen airport is currently undergoing the largest expansion project in its history, creating capacity for 40 million passengers. The first phase of construction will be completed by 2023; the second phase by 2028-29. The city’s all-hours metro also got a new line in 2019, putting many of Copenhagen’s top sights within easy reach.

New attractions are proving a hit too, such as CopenHill, an artificial ski slope and recreational hiking area built atop a waste-to-energy plant, and Lille Langebro, the city’s newest cycle and pedestrian bridge, which stretches across the Inner Harbour.

On the hotel scene, the former Central Post and Telegraph Head Office was transformed into a hot new property, Villa Copenhagen, in July 2020. Hotel Ottilia, a former Carlsberg brewery turned boutique hotel, and sustainable bolthole Bryggen Guldsmeden both opened in 2019; while Hotel Sanders, owned by one of Denmark’s most famous ballet dancers, and the contemporary and centrally located Nobis Hotel Copenhagen, began welcoming guests in 2018. Not to be outdone, long-time favourites are stepping up their game too: The Nimb recently added 21 bedrooms.

In short, there is no bad time to visit. In summer, cafes spill out onto pavements and locals and visitors hit the beaches and harbour pools. It’s peak tourist season though, so expect longer queues at attractions. In winter, cosy, candlelit restaurants and Christmas markets make the city one of Europe’s top festive destinations (if you can cope with the blistering cold).

Shoulder seasons are largely quieter, but have their own merits; autumn plays host to events such as Kulturnatten (culture night) and offers visitors the chance to see the Tivoli Gardens dressed up for Halloween. 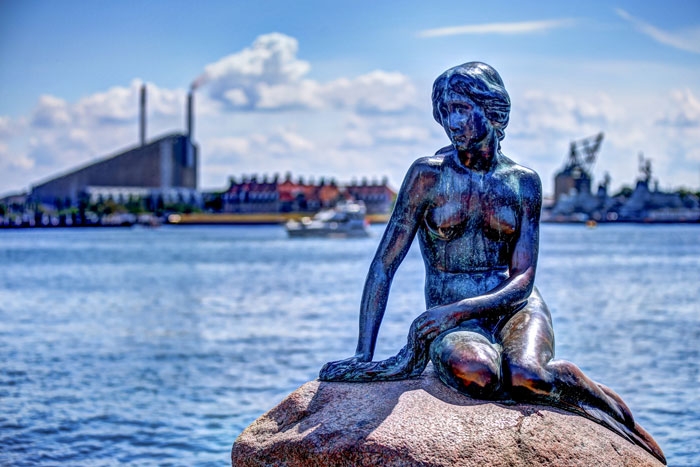 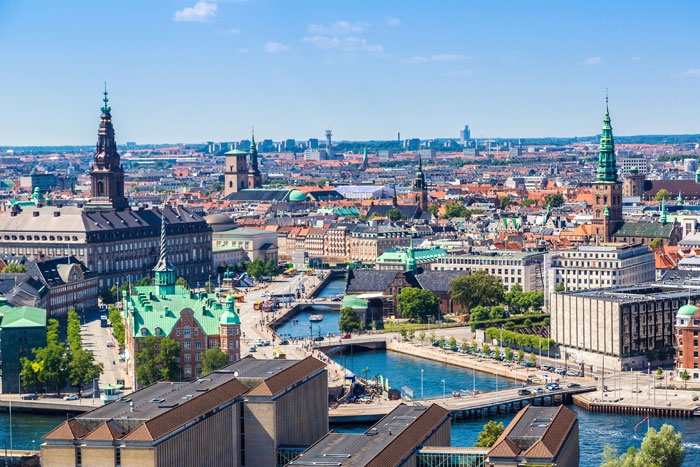 The city’s grande dame is Hotel d’Angleterre, located in Kongens Nytorv Square. A member of Leading Hotels of the World, it opened in 1755, but was reborn in 2013 following an extensive renovation, boasting 30 rooms and 60 suites, a Michelin-starred restaurant and an indoor pool. A similarly regal stay can be had at the aforementioned The Nimb, an impressive Moorish-style building in the Tivoli Gardens, where rooms are decorated with antique furniture and four-poster beds.

Clients keen to soak up some of Copenhagen’s famous modernism should head to the 31-room Hotel Herman K, set in an old transformer station and oozing industrial vibes, or stunning design hotel Hotel Skt Petri.

Venture a little further out from the city centre and more gems can be found. Kurhotel Skodsborg, located close to the Øresund strait, started life as a sanatorium in the late 19th century, but has since become a leading spa hotel. Along the harbour’s waterfront in a 200-year-old warehouse building is the characterful 71 Nyhavn Hotel; while Manon les Suites, a 15-minute walk north from the city’s central station, sees quirky apartments set around a leafy central pool. For a truly unique – if minimalistic –stay, head to TheKrane, a 1940s coal crane turned into an exclusive one-room hotel, perched 50ft above the ground in the city’s northern harbour.

Tivoli Gardens is one of Copenhagen’s best-known attractions and is said to have inspired Walt Disney and Hans Christian Andersen. It celebrated its 175th birthday in 2018, making it the second-oldest operating amusement park in the world. The gardens are best visited after dark, when fairy lights and lanterns create a magical glow.

Copenhagen is a great city for history buffs and art lovers, with a vast collection of museums dotted across the city. The National Museum of Denmark is the country’s largest, but others are worth visiting too. Head to Ny Carlsberg Glyptotek, which features more than 10,000 works of art and archaeological objects; Thorvaldsens Museum, a single-artist museum dedicated to Denmark’s most famous sculptor; or Designmuseum Danmark, a must-see for those interested in Danish design.

History buffs will also enjoy Copenhagen’s clutch of fairytale castles and age-old churches, such as Christiansborg Palace, the seat of the Danish parliament; Rosenborg Castle, a stunning Renaissance property located in one of the city’s oldest royal parks and the former summer residence for Christian IV; and Amalienborg, the home of the Danish royal family.

Copenhagen is a city for strolling or cycling (most hotels offer bike rentals or will assist in locating the nearest shop). Stop for ice cream along the 17th-century harbour of Nyhavn or visit the meatpacking district of Vesterbro, which buzzes with cool restaurants and design bars. Head to the main central shopping district and the long, pedestrianised stretch of Strøget; wander the waterside at the Langelinie promenade and peer at The Little Mermaid statue or take a trip to the controversial commune of Freetown Christiania in the colourful neighbourhood of Christianshavn.

If it’s warm enough, cool off at one of the city’s many beaches, such as Amager Beach Park or Islands Brygge Harbour Bath, which boasts five, delightfully clean pools. 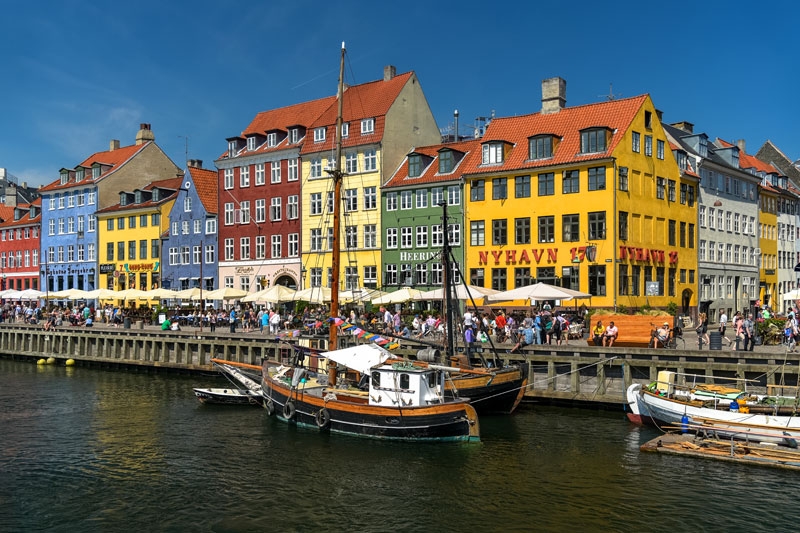 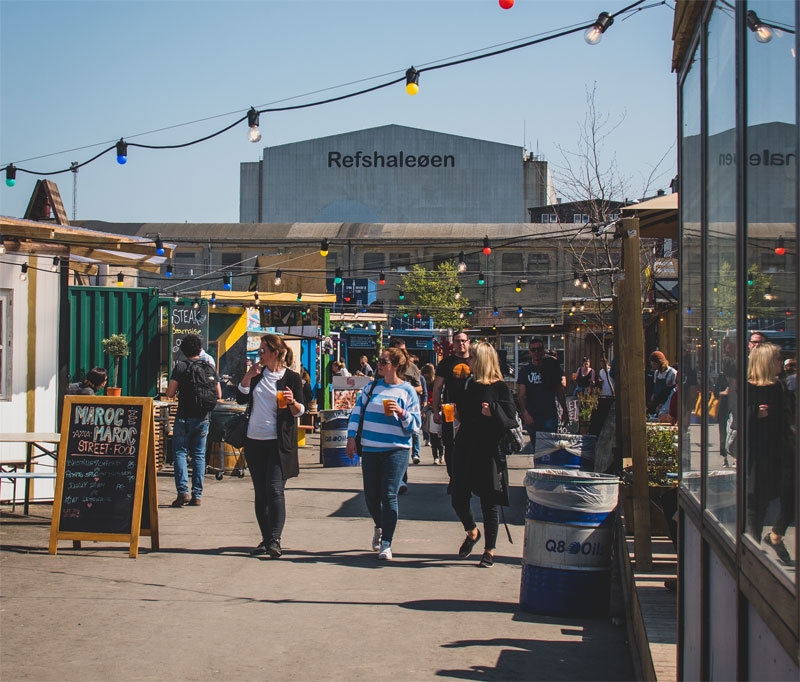 Copenhagen’s best known eatery is Noma – the two-Michelin-starred restaurant that landed Restaurant magazine’s Best Restaurant in the World award four times, but there’s plenty more to the city than that.

In fact, Copenhagen boasts 17 Michelin-starred restaurants, many of which showcase New Nordic cuisine, the movement championing fermenting, foraging and farm-to-table cookery. Geranium is the only three-Michelin-starred restaurant in the city, serving an artistic tasting menu of wild Scandinavian ingredients against a backdrop of panoramic views from the building’s eighth floor.

But good food doesn’t lie in the stars alone. Head to Copenhagen’s oldest konditori (pastry shop), La Glace, for a slice of its famous walnut cake or Østerbro’s Juno for a black cardamom bun (if you can brave the line). Organic pizzeria Bæst in the hip neighbourhood of Nørrebro, serves the best pizza in town and hugely popular Mexican eatery Sanchez Cantina is perfect for brunch.

Of course, you can’t visit Copenhagen without sampling smørrebrød, Denmark’s traditional open sandwich. Old school smørrebrød specialist Restaurant Kronborg is a safe bet, as is Selma, the first smørrebrød spot in Copenhagen to be awarded a Michelin star.

The seaside city of Malmö in southern Sweden is connected to Copenhagen via the Øresund Bridge and can be reached in less than an hour. A forward-thinking big city with plenty of old-world charm, Sweden’s third-largest city is an expert at fusing the old and new: from Gamla Staden – the ‘Old Town’, fringed with Dutch-Renaissance buildings and cobbled squares – to the neo-futuristic Turning Torso, Scandinavia’s tallest building, which swirls above the city’s trendiest and most energy efficient neighbourhood, Vastra Hammen.

Make sure clients experience the Swedish fika tradition of afternoon coffee and cakes – Konditori Hollandia, the city’s oldest cafe, and local favourite Lilla Kafferosteriet are among the best spots.

Located on the northern outskirts of Copenhagen’s harbour, Refshaleøen might not look like much at first, but dig a little deeper and you’ll understand why it’s slowly overtaking Vesterbro as the coolest neighbourhood in town. The former industrial area has blossomed into a vibrant creative quarter, with old warehouses hosting a range of innovative ventures, such as Copenhagen Contemporary, a former welding facility turned art installation; Urban Ranger Camp, the world’s highest indoor high roping course; and CopenHot, an alfresco spa of sorts. Refshaleøen also plays host to some of the best restaurants in the city, such as Amass, a sustainable eatery from Noma’s former head chef; buzzy street food market Reffen and one of Copenhagen’s most popular artisan bakeries, Lille. 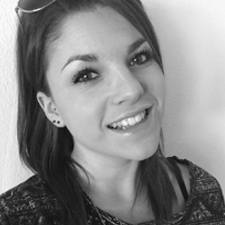