Catalan-inspired cuisine and culture on the northern Costa Brava

My dinner at Hostal de La Gavina is almost too beautiful to eat. The perfectly spherical shrimp dumpling crowned with plankton mayonnaise is presented on top of a delicate porcelain sea urchin, the fennel vichyssoise with caviar arrives in a bowl carved from ice, and the deconstructed chocolate and cherry dessert has all the swoops and curves of a Modernist sculpture.

It's only fitting it should be so. I'm on the Costa Brava, the birthplace of food as an art form.

It was near here that the king of molecular gastronomy Ferran Adria made El Bu Iii the most desirable restaurant in the world - there were 30,000 people on the waiting list for its 34-course tasting menu when it closed in 2011.

Now 21 Michelin stars make the region shine, awarded to restaurants from the famed El Celler de Can Roca in Girona to Els Tinars, a restful spot hidden among the trees just a 10-minute drive from my hotel, where I'm served a host of the region's seasonal mushrooms with lobster.

A Michelin-starred chef, Romain Fornell, is at the helm here in Candlelight, the fine-dining restaurant at Hostal de La Gavina. I'm wowed by a series of dishes that pair Catalan ingredients with exotic flavours, their taste living up to the high promise of their exquisite presentation.

But while the food is firmly forward-looking in style, this is a hotel steeped in history. 'La Gavina' is an institution - a grande dame hotel that first opened in 1932 with an enviable seaside location and a list of celebrity guests stretching from Ava Gardner to Lady Gaga.

Sepia photos show Liz Taylor on her way back from the beach, Jack Nicholson in the bar and even Catalan legend Salvador Dali grooming his famous moustache.

Despite its heritage, there's nothing remotely stuffy about La Gavina. The public areas are grand, with vast tapestries, gleaming chandeliers and a monumental, tiled fireplace you could park a car in, but the vibe is very much home-from-home, so you can curl up among the antiques with a book and not feel out of place.

The hotel's other restaurants are less formal than Candlelight, but no less delicious. I sip my breakfast cappuccino with a sea view at Vila d'Este, eat tapas on the Terrace, and try fideua - a Catalan paella made with vermicelli pasta instead of rice - by the pool at Garbi.

The hotel is set in mature gardens, with the pool on a terrace overlooking sandy Sant Pol beach. The spa shares the same stellar view, and next door the La Gavina sports club offers tennis courts and personal training.

The 74 rooms are all unique, ranging from Classic Rooms overlooking the gardens to the Louis XV-style Royal Suite, with marble floors, wood-panelled walls, Sevres vases and a glittering chandelier.

I discover my Superior Room, number 333, sits directly above the suite, sharing the same sublime view of the coastline below. 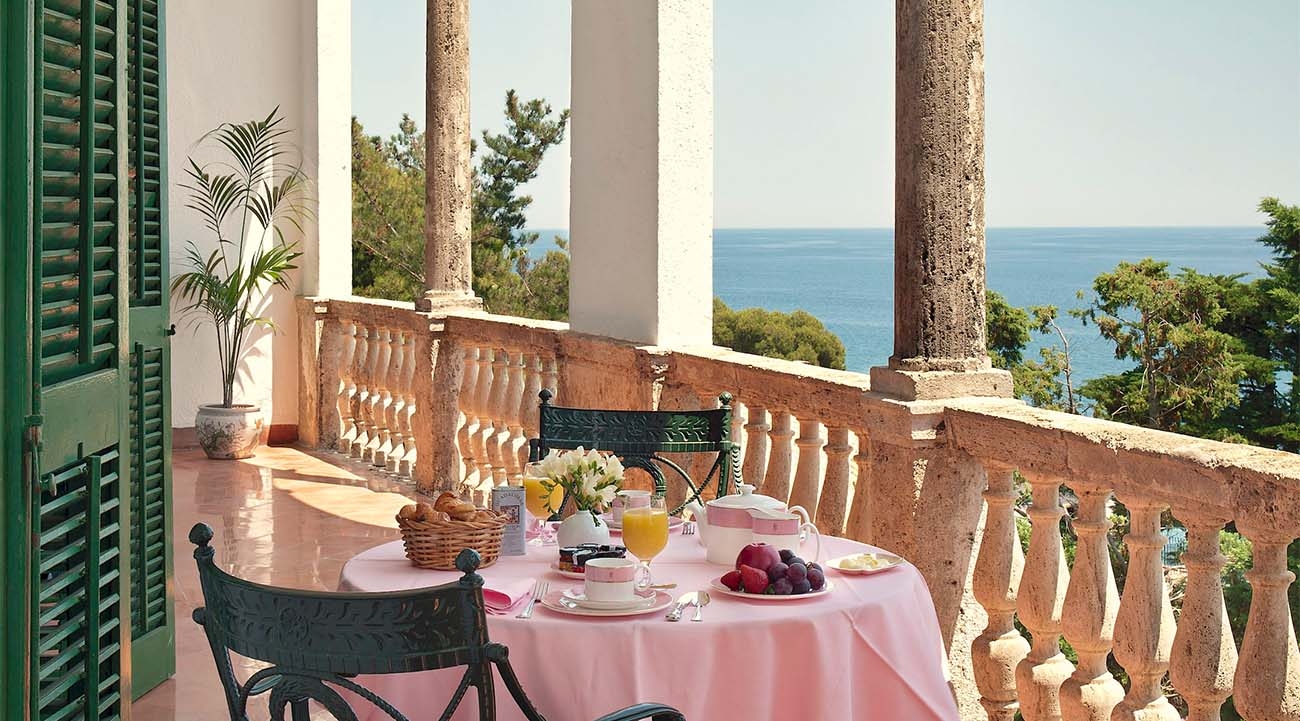 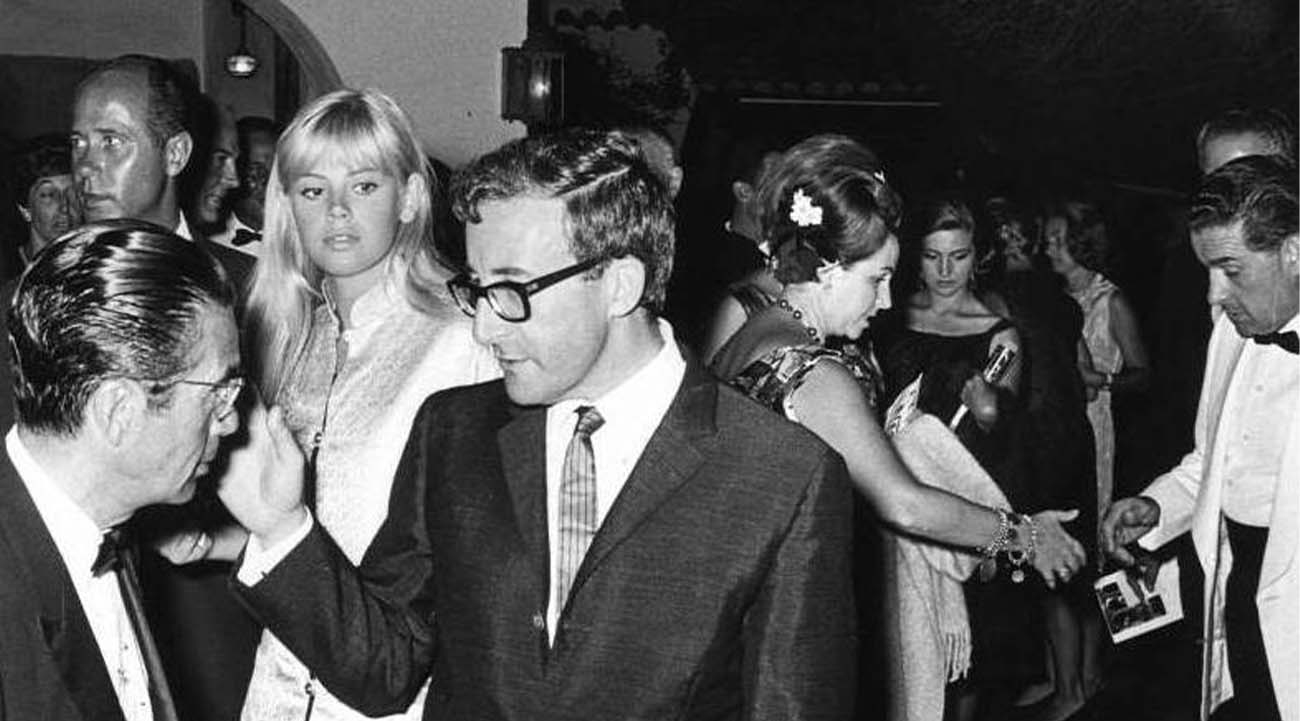 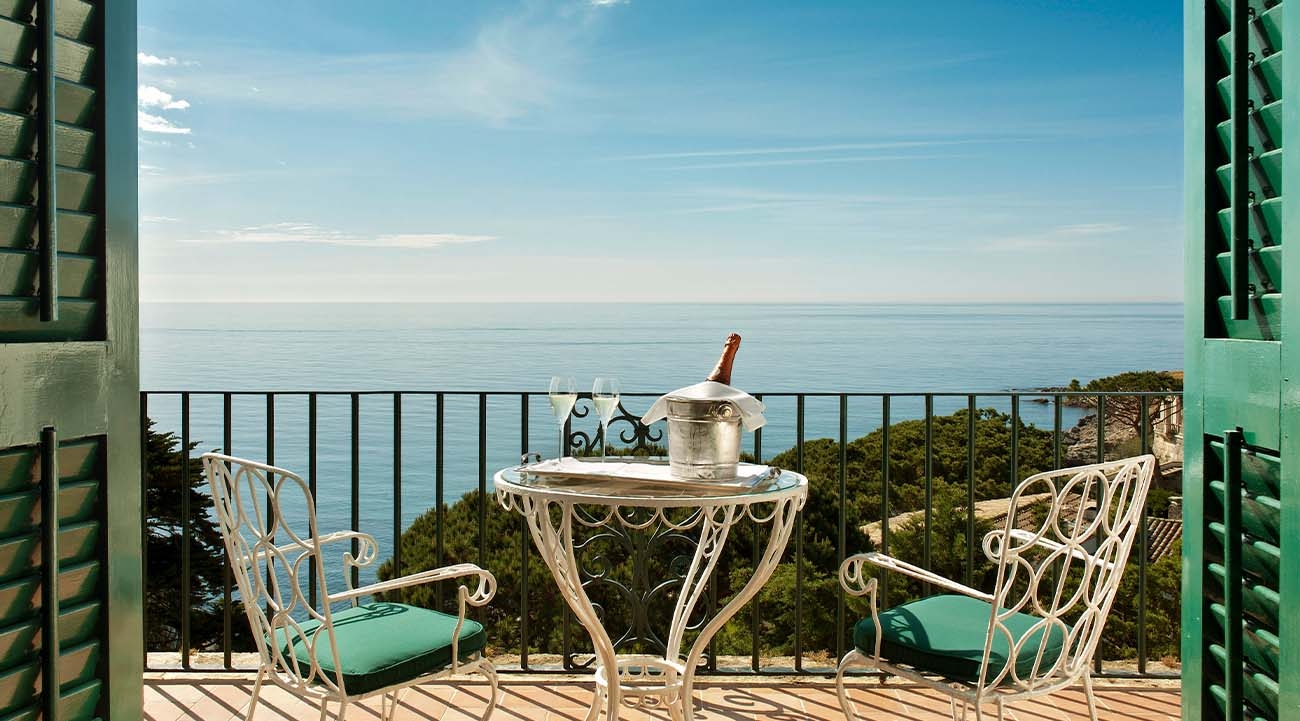 La Gavina - named after the seagulls that swoop overhead - is in S'Agar6, a small, upmarket village on the central Costa Brava, predominantly made up of second homes for the monied set from Barcelona and nearby Girona.

The sharply curving bay protects calm, azure waters that lap a fine, golden-sand beach, where La Gavina's owners have a restaurant and plan to develop a small beach club.

The hotel sits at the southern end of the Camf de Ronda, a well-marked footpath that traces the dramatic rocky coast north for 27 miles. The first mile - from the hotel to the next bay, Platja Sa Conca - is an absolute beauty.

While it's tempting to simply hole up at La Gavina - and many repeat clients do - the region is a cultural tourist's dream. Not much more than half-an-hour away, Girona is a little gem of a city, criss-crossed by five rivers.

I stroll among its winding streets and over pretty bridges, walk a section of its historic walls and take a gastronomic tour.

We begin with xuixos, a cream-filled breakfast pastry served with a cup of thick chocolate sauce, then use the sugar high to power us around the Mercat de Lle6, a covered market selling fresh produce including local specialities botifarra sausage, blush-red Palamos prawns and sought-after rovello mushrooms.

Later, we sit down to tapas of local goat's cheese, jamon iberico and dry-cured fuet sausage with red wine from Penedes, the denomination best known for its cava.

Half an hour outside the city is a reminder that the region's creativity extends beyond cuisine. The Gala Dalf Castle in Pubol is a fortified mansion that Catalan artist Salvador Dalf bought for his muse, designed to their exacting and rarefied tastes.

As I wander the rooms among their priceless possessions, I recall the photographs of Dalf back at the hotel and think; if La Gavina could make this eccentric and demanding couple happy, even the trickiest of clients are in safe hands there.

Book it: Abercrombie & Kent offers seven nights at Hostal de La Gavina with breakfast from £1,199 Including flights and transfers. Abercrombiekent.co.uk