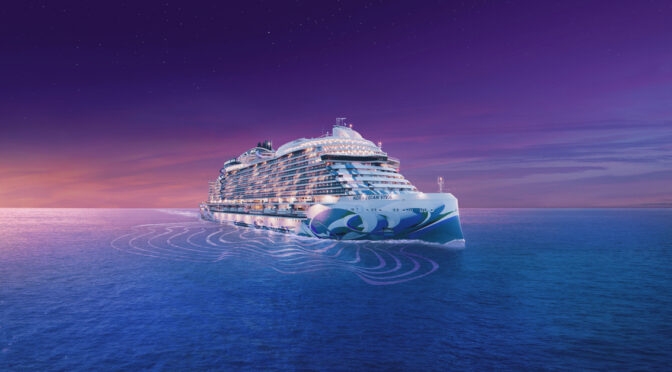 NCL confirmed the vessel would operate “a string of inaugural cruises” prior to its Mediterranean programme, which contains a mix of eight, nine and 10-day voyages.

The 3,219-passenger ship will then reposition to San Juan, Puerto Rico, where it will offer a series of seven and nine-day southern Caribbean itineraries.

From December 15, Viva will operate its first Caribbean voyage out of San Juan. The seven-day sailing will call into the British Virgin Islands, Sint Maarten, Barbados, St Lucia and Antigua.

It will be the largest new ship to ever homeport in San Juan, Puerto Rico.

NCL said Viva will have the “most spacious” inside, ocean view and balcony cabins in the fleet.

Norwegian Viva will feature Ocean Boulevard, the 44,000 square foot outdoor walkway, which wraps around the entire ship, as well 11 eateries in the Indulge Food Hall.

The vessel will offer the highest staffing levels and space ratio of any new cruise ship in the contemporary and premium cruise categories, the line said.

“We have taken everything our guests love to the next level with this brand-new class of ships designed with them in mind.”

Meanwhile, NCL confirmed that sailings have been suspended on three more ships – meaning 11 ships in the line’s fleet are now out of operation.

Sailings on Norwegian Dawn have been postponed up to January 18, and those on Norwegian Joy and Norwegian Escape are cancelled until January 22.