City Life: History and modernity combine in the waterfront city of Amsterdam

Few cities carry a cultural clout as diverse as Amsterdam's. Visitors can enjoy its pretty canals lined with heritage buildings and landmark museums packed with Old Masters one day, and the next plug into its more futuristic side, with avant-garde architecture and contemporary art.

If you're familiar with Amsterdam, you'll know the diversity of its appeal.

Wide open spaces such as the city centre Vondelpark (famous for its open-air concerts) make it perfect for travellers with a post-pandemic wariness of crowds, while those thirsty for a cultural fix will love its museums and galleries, whether they choose legendary institutions such as the Rijksmuseum or lesser­known attractions, which include the fascinating Micropia, the world's first museum dedicated to microbes.

It's also incredibly accessible - clients can get there via ferry, flight or Eurostar, and it's easily combined with other destinations. It takes under an hour to get to Rotterdam by train, and just over three hours to reach Cologne.

While hotel openings haven't continued at their frenzied pre-pandemic rate, new luxury properties are on the horizon.

Delayed openings include the 579-room, 34-storey Maritim Hotel Amsterdam, which will become the city's largest hotel when it opens in early 2023, featuring a sky bar from which guests can enjoy views of Amsterdam's Old Town.

The Rosewood Amsterdam, also opening in 2023, will be the first for the brand in the Netherlands, with 134 rooms and suites housed in the former Palace of Justice, overlooking the central Prinsengracht canal. 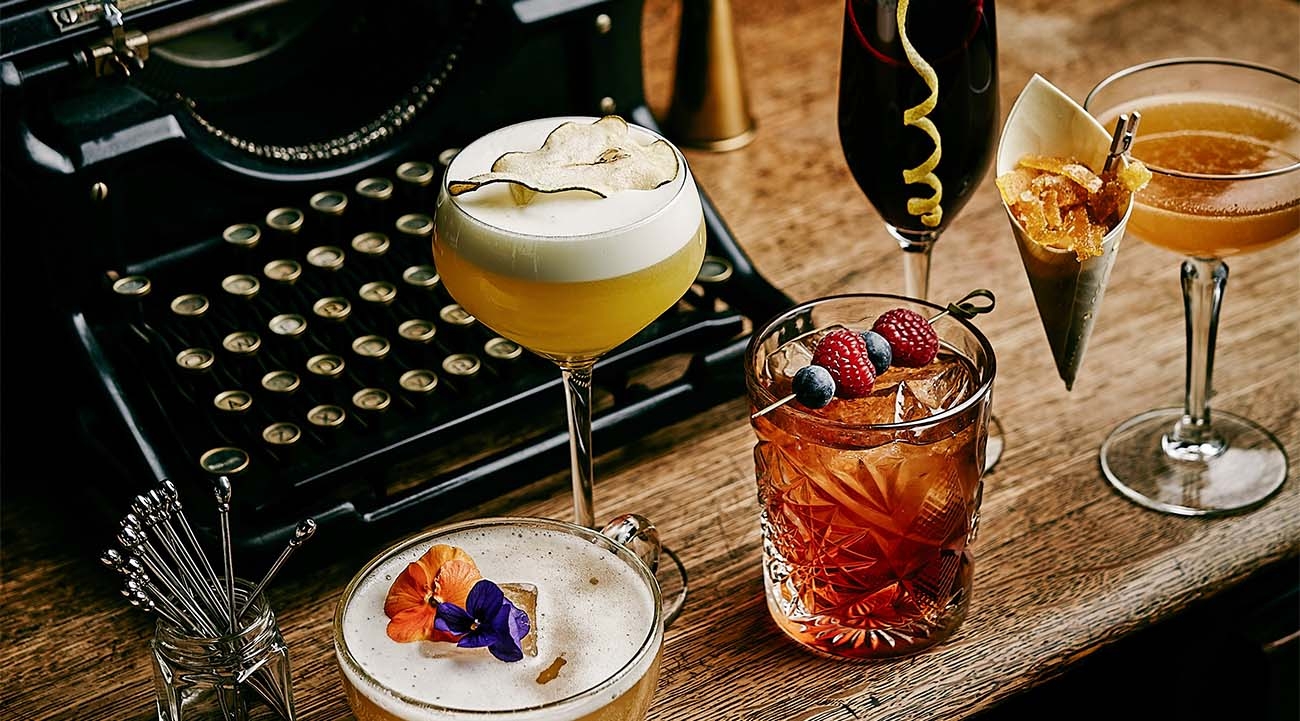 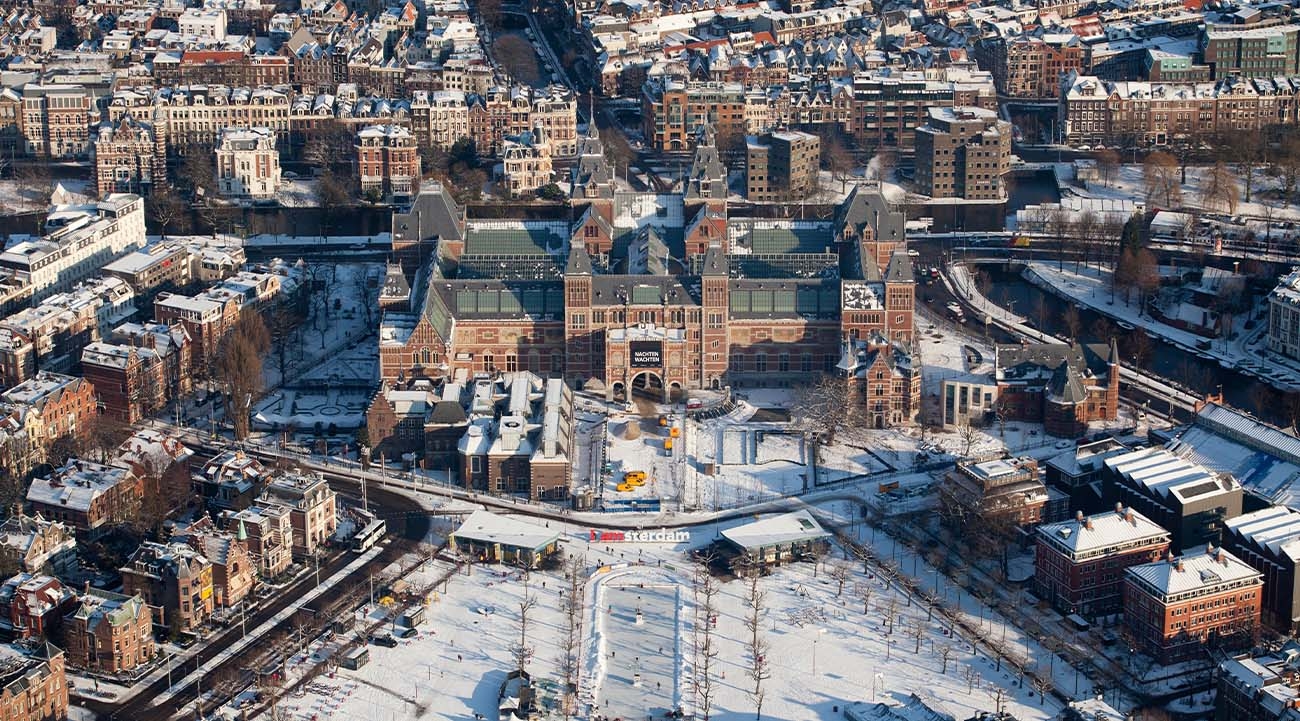 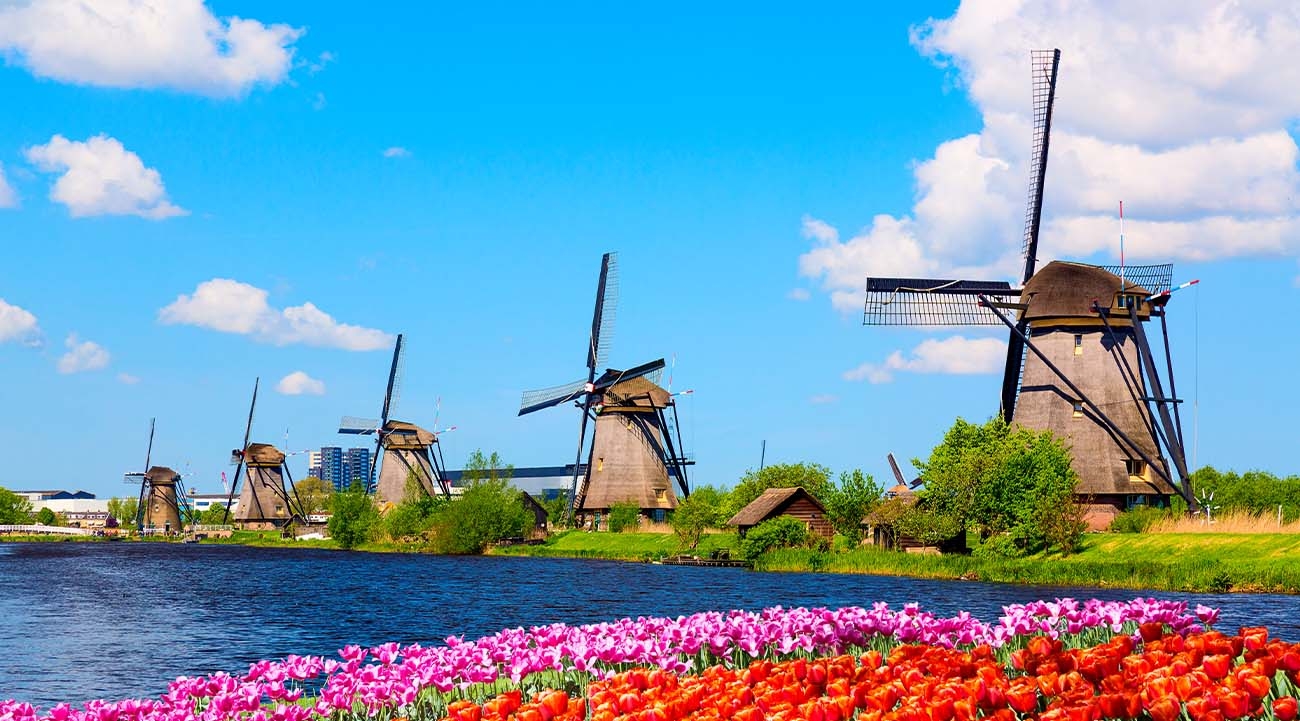 Clients visiting during the warmer months can relax in its beer gardens or on urban beaches, while those who take a winter trip can check out the Christmas markets (the one in the Museumplein area is particularly beautiful) and admire Dam Square's supersized Christmas tree.

Equally dazzling is the annual Amsterdam Light Festival - which was due to kick off on December 2 and will run until January 23, 2022 - when dozens of illuminated artworks fill the city.

Easter is peak tulip season, with hosts of brightly-coloured blooms all over the city. To see even more, clients can head half-an-hour out of the city centre to the Keukenhof Gardens where seven million bulbs are planted each year.

Opening dates for 2022 are March 24 to May 15. From late July, the city is taken over by the Pride Amsterdam celebrations; one of the world's biggest LGBTQ+ celebrations, it runs from July 30 until August 7, 2022.

Growing numbers of visitors are choosing hotels offering an insight into the city. In the Museum Quarter, the palatial Conservatorium Hotel, on the former site of the Sweelinck Music Conservatorium, combines modernist chic with original art nouveau detailing.

Clients who splash out on the hotel's triplex I Love Amsterdam suite will find limited edition Royal Delft tulip vases, a rooftop terrace and an oversized bathtub overlooking the Rijksmuseum.

The family-friendly Pulitzer Amsterdam is made up of 25 restored canal houses and has a VIK Nery Important Kids) programme featuring toys, treasure hunts and travel diaries.

Clients keen on a central location will love the boutique-style Ink Hotel Amsterdam, a short walk from both Centraal Station and Dam Square.

It's tucked into the former headquarters of a Dutch newspaper, and filled with nods to its past, such as the typewriter on the reception desk, behind a wall covered with printing press plates.

There's always something new to see in Amsterdam, whether it's the Moco (Modern Contemporary) Museum, where a permanent Banksy exhibition is constantly updated with new pieces on loan from private collectors, or the Van Gogh Museum, where current exhibitions include The Potato Eaters: Mistake or Masterpiece? which runs until February 2022 and looks at the story behind Van Gogh's depictions of peasant life.

Over at the Rijksmuseum, upcoming exhibitions include one dedicated to renowned Dutch photojournalist Vincent Mentzel (from January 28 to June 6, 2022) and, between July and September, one dedicated to Japanese lacquer art.

The packed three-and-a-half-hour tour includes visits to delis such as Swieti Sranang, run by Henk van de Weerd and Juliet Chang, who was born in Indonesia and brought up in Suriname.

Warn clients not to eat beforehand, as they'll be sampling everything from herring and stroopwafels to apple pie and bitterballen - the Dutch version of croquettes with meat.

For some time out, clients can relax in either the Vondelpark, with its heron-dotted lakes and beautiful sculptures (including Picasso's towering Fish sculpture, donated by the artist for the park's centenary) or the up-and-coming Westergas area, once home to Amsterdam's gasworks, but now known for its green spaces such as the wildflower-filled Westerpark.

Across the River IJ, the Amsterdam-Noord neighbourhood continues its rise. This former industrial area's transformation kicked off in 2012 with the opening of the EYE Film Institute Netherlands, and the latest launch s the Nxt Museum, which opened in August 2020 and is the first Dutch museum dedicated to new media art.

It's rumoured there could soon be a cable car to whisk visitors across the water, but even now getting there is easy; clients can simply hop on the free ferry that departs from the rear of Centraal Station. The crossing takes around five minutes and there are numerous departures every hour. 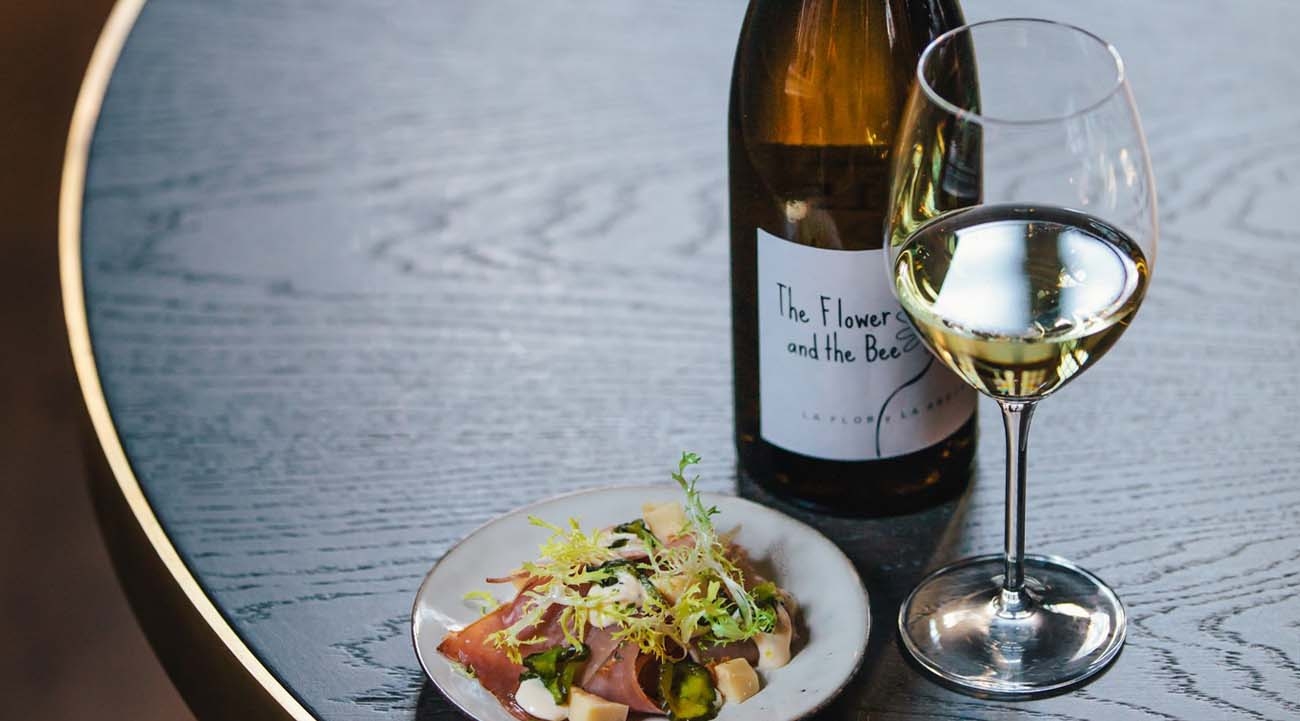 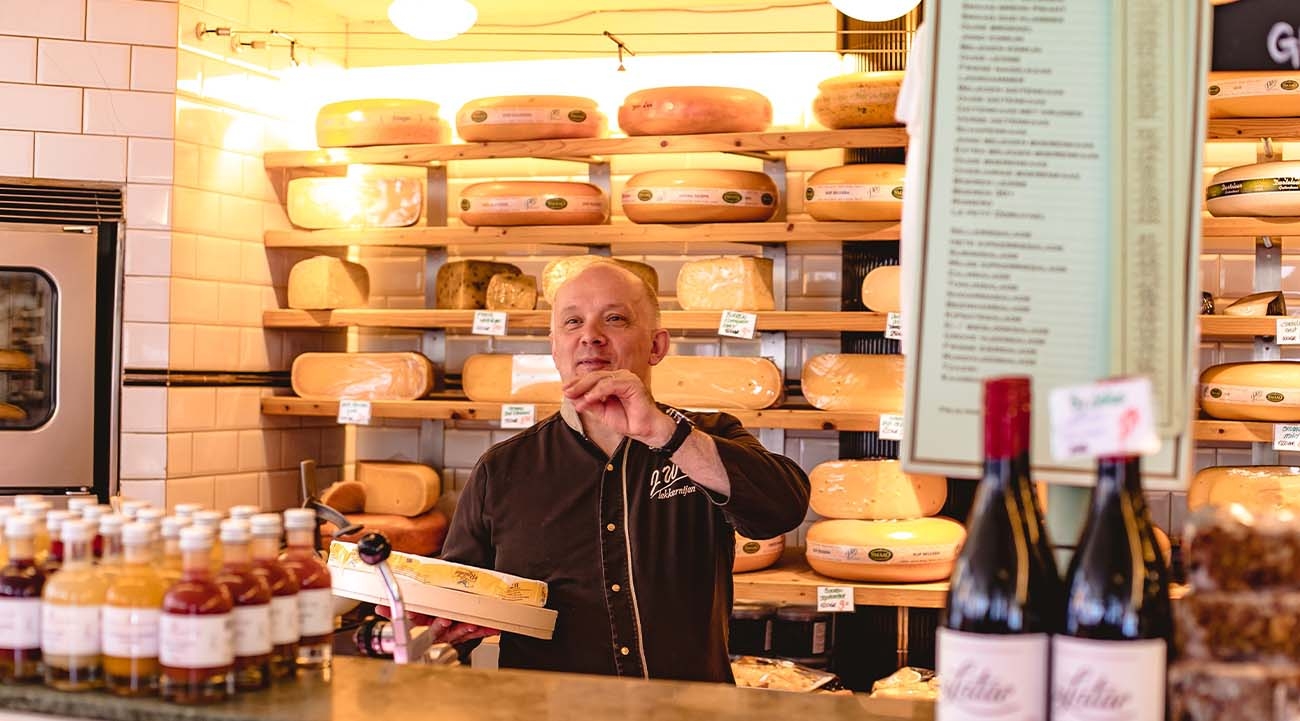 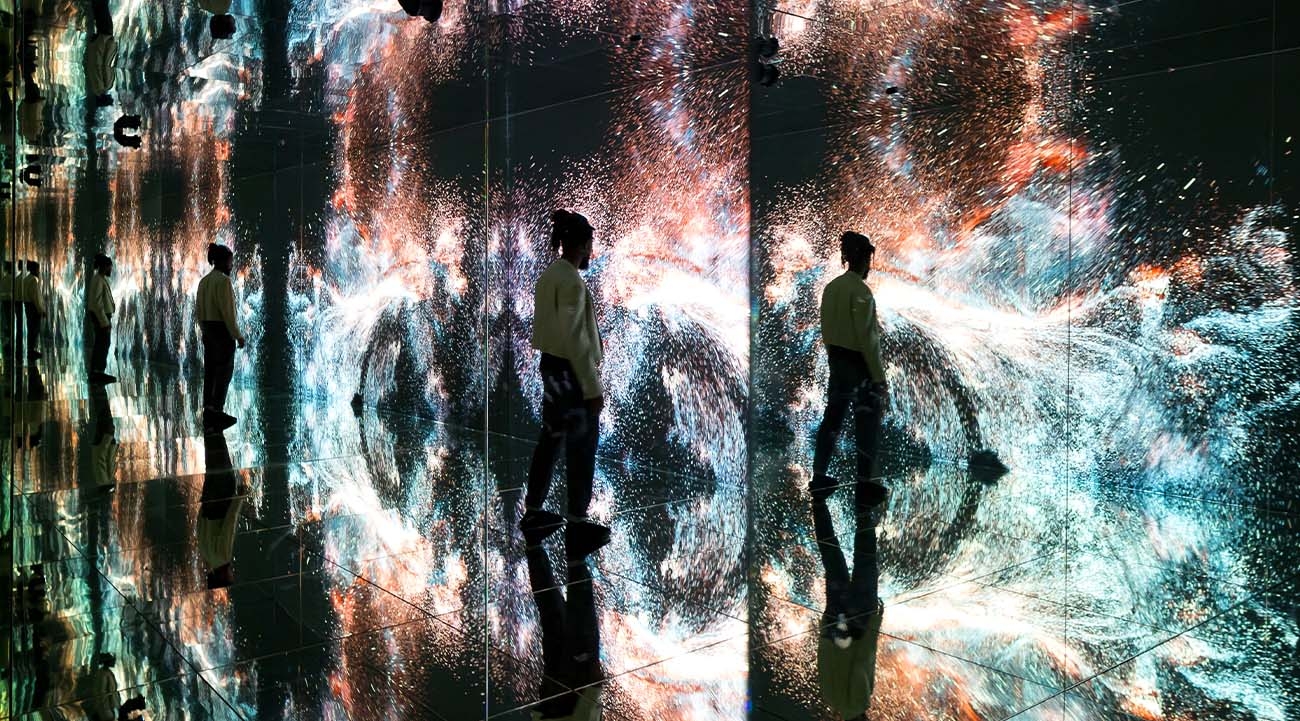 Fans of fine dining should head to Daalder, which received its first Michelin star earlier this year. In August, the restaurant upped sticks and reopened at the historic Het Sieraad building.

Chef Dennis Huwae (a former Fat Duck protege) is famous for his Indonesian-influenced dishes and Dutch delicacies (his stroopwafels are legendary).

Also recommend the Conservatorium Hotel's sculpture-filled, glass-roofed lobby, which is home to The Lounge, presided over by a supersized Miffy sculpture.

The menu is a tribute to Dutch cuisine, filled with sharer plates of frikandel (a type of sausage) and bitterballen.

Wine lovers should consider The Dylan hotel's High Wine (a boozy take on high tea), served in either the sleek Lounge or on the Secluded Garden Terrace.

Four wines are served with four amuse-bouche-style bites prepared by executive head chef, Dennis Kuipers. For a stylish nightcap, the Kimpton DeWitt's Super Lyan bar is hard to beat, and there are plenty of Dutch nibbles to soak up the alcohol.

We recommend the vodka-based Schiedam spritz, paired with beetroot bitterballen. Notable Noord restaurants include Stork, a seafood restaurant in an old industrial loft, and Pllek, in the NDSM Wharf.

Visitors entering this Tardis-like bar and restaurant (via a shipping container) will find a cathedral-like, light-filled space on the water's edge.

Amsterdam is one of Europe's most connected cities. In 2022 European Sleeper, a Dutch company specialising in night trains, will launch sleeper services between Amsterdam and Prague, Dresden, Berlin, and Brussels, making urban pairings easy even for clients who want to reduce their air miles.

As Amsterdam is a cruise port for both ocean and river ships, city breaks combine easily with a voyage.

All main river lines feature Rhine cruises from Amsterdam, but some also explore the Dutch and Belgian waterways Viking's new 10-day Holland and Belgium cruise starts in May 2022 calling at Rotterdam, Kinderdijk and Antwerp, and Uniworld's Dutch Delight itinerary, sailing round-trip from Amsterdam, launches in July.

When it comes to the ocean, Celebrity Apex will cruise to Iceland, the Norwegian fjords and the Baltic from Amsterdam in summer 2022; Azamara has a France Intensive Voyage on Azamara Pursuit; and Regent Seven Seas Cruises' Seven Seas Navigator will sail around the French and Iberian coasts.